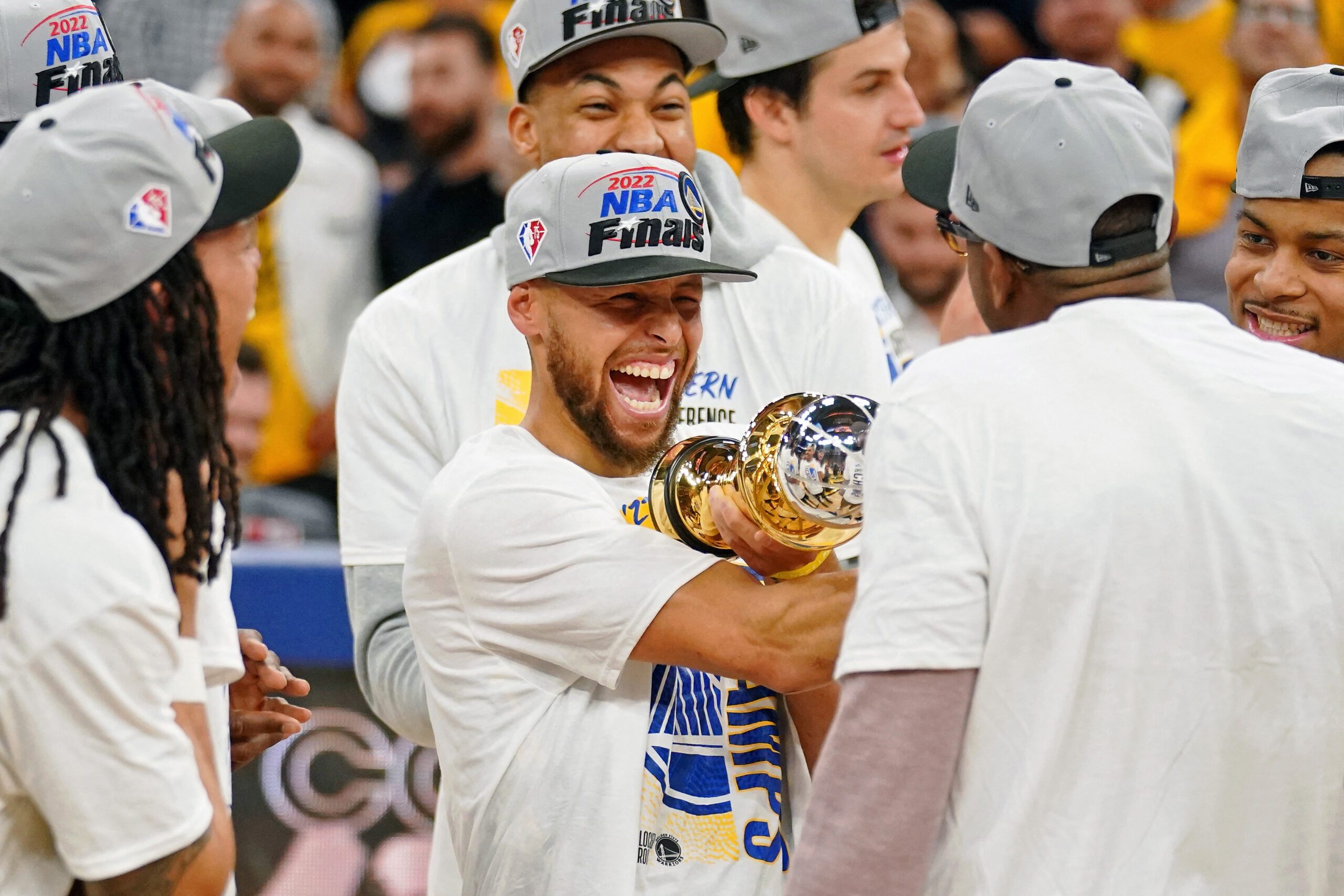 Stephen Curry made history on Thursday night as he led the Golden State Warriors to a series-clinching win over the Dallas Mavericks in Game 5, 120-110. The Dubs superstar was amazing throughout the five games in the series and his heroics resulted to Curry winning the inaugural Magic Johnson Western Conference Finals MVP award.

This was a bit of a surprise from the NBA given how no other player has ever been named a Conference Finals MVP in the past. There wasn’t much talk about this individual honor as well before the NBA made the official announcement during the Warriors’ awarding ceremony.

There is no better player to earn this inaugural honor than the greatest shooter of all time. Also, it’s only right that the league honor Los Angeles Lakers icon Magic Johnson by naming this brand new award after him. After all, Magic led the Lakers to no less than nine Western Conference titles.

Curry adds another piece of hardware to his trophy cabinet, but I’m pretty sure that he won’t put too much stock into this. The job isn’t done just yet and of all people, Curry knows that this will all be for nothing if they don’t bring home the main prize. The Warriors now await the winners between the Boston Celtics and the Miami Heat in the East to determine who they’ll be battling for the 2021-2022 NBA title. – Rappler.com