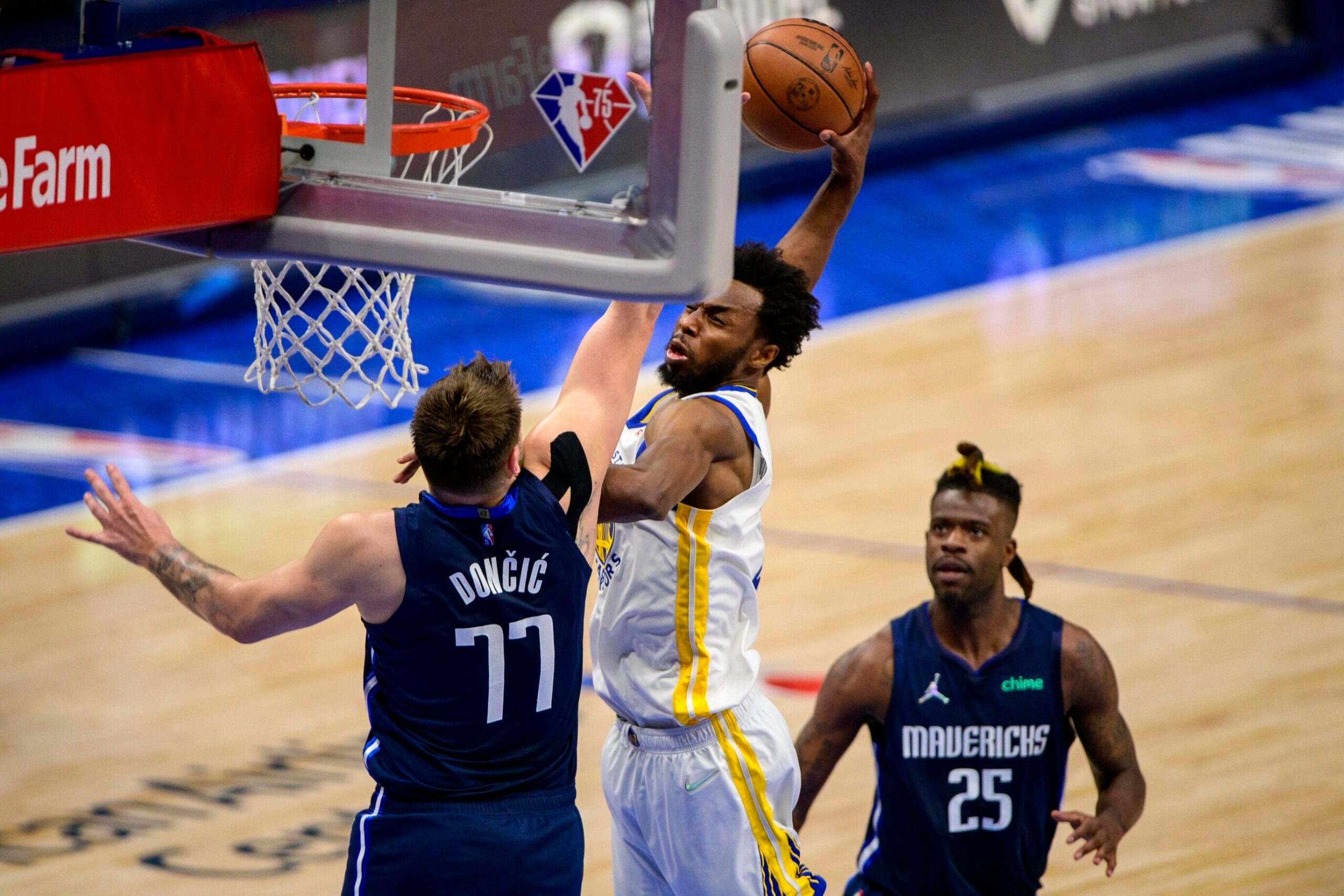 The Golden State Warriors are just one win away from reaching the NBA Finals for the sixth time in the last eight years, but the first since the 2018-2019 season. They defeated the Dallas Mavericks in Game 3 of the Western Conference Finals 109-100 Sunday, taking a 3-0 series lead. Reminder, no team in NBA history has ever come back to win a series when trailing three games to none.

Midway through the fourth quarter with the game still in doubt, Warriors forward Andrew Wiggins threw down one of the dirtiest, sickest, most insulting jams you will ever see. To make matters even better for Golden State, he did it over Mavs superstar Luka Doncic. Despite initially being called an offensive foul, the play would be reviewed and overturned.

With the basket, Wiggins reached the 20-point, 10-rebound plateau for the first time in his playoff career.

He would eventually finish the game with 27 points, 11 rebounds, and 3 assists on 11-for 20 shooting. Following that jam, the Warriors bench was energized. Wiggins would throw down a couple more dunks in what was a fantastic game for the Warriors veteran.

Wiggins has been an integral part to Golden State’s success this year. The longtime Minnesota Timberwolves small forward took a smaller role since arriving in 2019. But his importance has only grown over time. As Klay Thompson battled numerous injuries the last couple of seasons, Golden State needed a wing player that can step up. That player has been Wiggins.

Here is the dunk you have been looking for:

Golden State will look for the sweep of the Mavs Tuesday night in Dallas. – Rappler.com