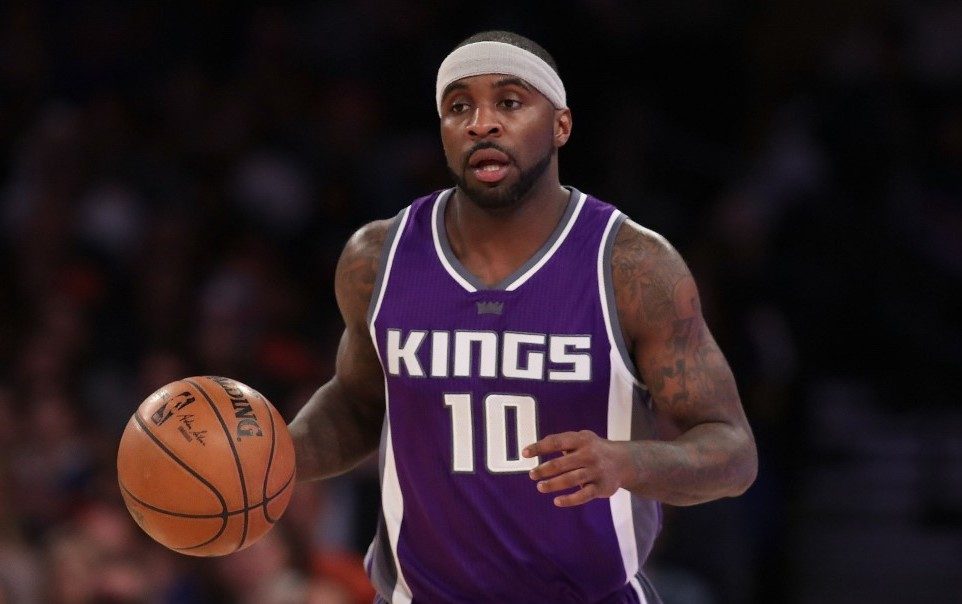 NEW YORK, NY - DECEMBER 04: Ty Lawson #10 of the Sacramento Kings dribbles up court against the New York Knicks during the first half at Madison Square Garden on December 4, 2016 in New York City. NOTE TO USER: User expressly acknowledges and agrees that, by downloading and or using this photograph, User is consenting to the terms and conditions of the Getty Images License Agreement. Michael Reaves/Getty Images/AFP

Former NBA player Ty Lawson said he meant “no disrespect” after lewd social media posts about Chinese women stirred an outcry and saw him axed by the Fujian Sturgeons of the Chinese Basketball Association (CBA).

The Sturgeons said they will not renew Lawson’s deal for the upcoming CBA season, which starts next month, over “inappropriate remarks” by the 32-year-old point guard.

Lawson, a former Denver Nuggets star who has played 3 seasons in the CBA, posted the offending messages on Instagram during a night out.

The posts “were not in line with the club’s long-held social responsibility and core values,” the Sturgeons said in a statement.

Lawson’s contract had ended with the previous CBA season and would not be renewed it in light of his posts, the team added.

The basketballer took to Instagram on Sunday to deny his comments were racist or sexist, as claimed by outraged Chinese social-media users, while adding he was dancing with a woman at a club rather than a strip joint as reported.

People “told me not to address this… but I got to speak up for myself,” Lawson said. “I’m the probably least racist person you’ve met in your life,” he added.

“I meant no disrespect… everybody [who] knows me in China knows I’m not that person.”

Earlier the Sturgeons promised to “strengthen education for players in terms of thought quality,” describing the incident as “a wake-up call for the club.”

Lawson signed with the Sturgeons in September 2019 after two seasons with another Chinese team, the Shandong Golden Stars.

He had previously caused outrage after a video showing him involved in an altercation in a Shanghai Starbucks went viral in August. – Rappler.com