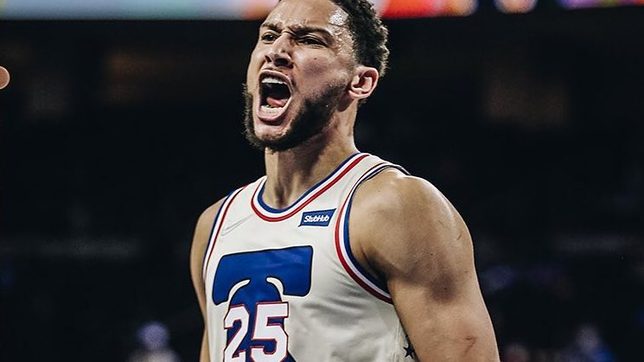 STAY OR GO? Ben Simmons has four years left on a five-year max contract extension he signed with the Sixers.

Even though Golden State Warriors owner Joe Lacob seemed to want to distance his team from pesky trade rumors, the NBA viewed his comments about Ben Simmons as tampering all the same.

The league fined Lacob $50,000 Wednesday, September 22, for violating its anti-tampering rule in response to comments he made to the San Francisco Chronicle about the Philadelphia 76ers’ disgruntled star.

Multiple reports have said Simmons told Philadelphia he wants to be traded and will not report to training camp, nor play another game for the franchise.

A Western Conference executive told the Philadelphia Inquirer last month that Simmons has his sights set on “three California teams” – presumably the Warriors, Los Angeles Lakers, and Los Angeles Clippers, all of whom are pushing for an NBA title.

In his interview with the Chronicle, Lacob was asked about the Warriors’ interest in the three-time All-Star guard, who has received criticism for his poor shooting performances in the playoffs.

“I think we are always looking at everything to see if we can improve our team. We would always look,” Lacob said. “In some ways, (a trade for Simmons) doesn’t really fit what we’re doing. He makes a lot of money. And, can he finish games? I don’t know.

“He’s very talented. The problem is: We have Draymond (Green). Draymond and him are very similar in the sense that neither one really shoots and they do a lot of the playmaking. That’s one issue. The salary structure is another.” Philadelphia coach Doc Rivers said he intends to work on getting Simmons to report to training camp, a day after ESPN reported the star point guard doesn’t intend to wear a 76ers uniform again.

“Well, I hope we can change that thought,” Rivers told ESPN’s “Keyshawn, JWill & Max” on Wednesday morning. “That’s part of our job.”

Tuesday’s report said the three-time All-Star has not spoken to team officials since last month and appears determined to force the Sixers to find a trade partner, per the report.

Simmons, 25, could be fined and/or suspended if he skips training camp, which opens on September 28.

His relationship with the franchise soured during the 2021 NBA Playoffs. The 76ers, the No. 1 seed in the Eastern Conference, lost to the Atlanta Hawks in seven games in the second round.

“The greatest thing in sports is, you know it’s fair, you fail at times and then you get back on the horse and try,” Rivers said. “You would be amazed if I told you how many times through a summer when you don’t win, which is 29 teams, how often you have to go through something similar to this. Because losing’s hard. People internalize it, and you have to deal with it. So we’re going to deal with this.”

Rivers said he still sees Simmons as a key component of a team that could win the NBA title.

“Not much, but we’ve had some,” he said of the conversations he had with Simmons over the summer. “And I get his feelings. I understand where he’s at right now, but we’re going to keep trying to work on it to get him in the right place.”

Simmons is a talented playmaker and defender, but his inability – or unwillingness – to take shots proved costly during the series with the Hawks. He also drew criticism for his performance at the foul line. He made just 34.2% of his attempts (25-of-73) in 12 playoff games after shooting 61.3% during the regular season.