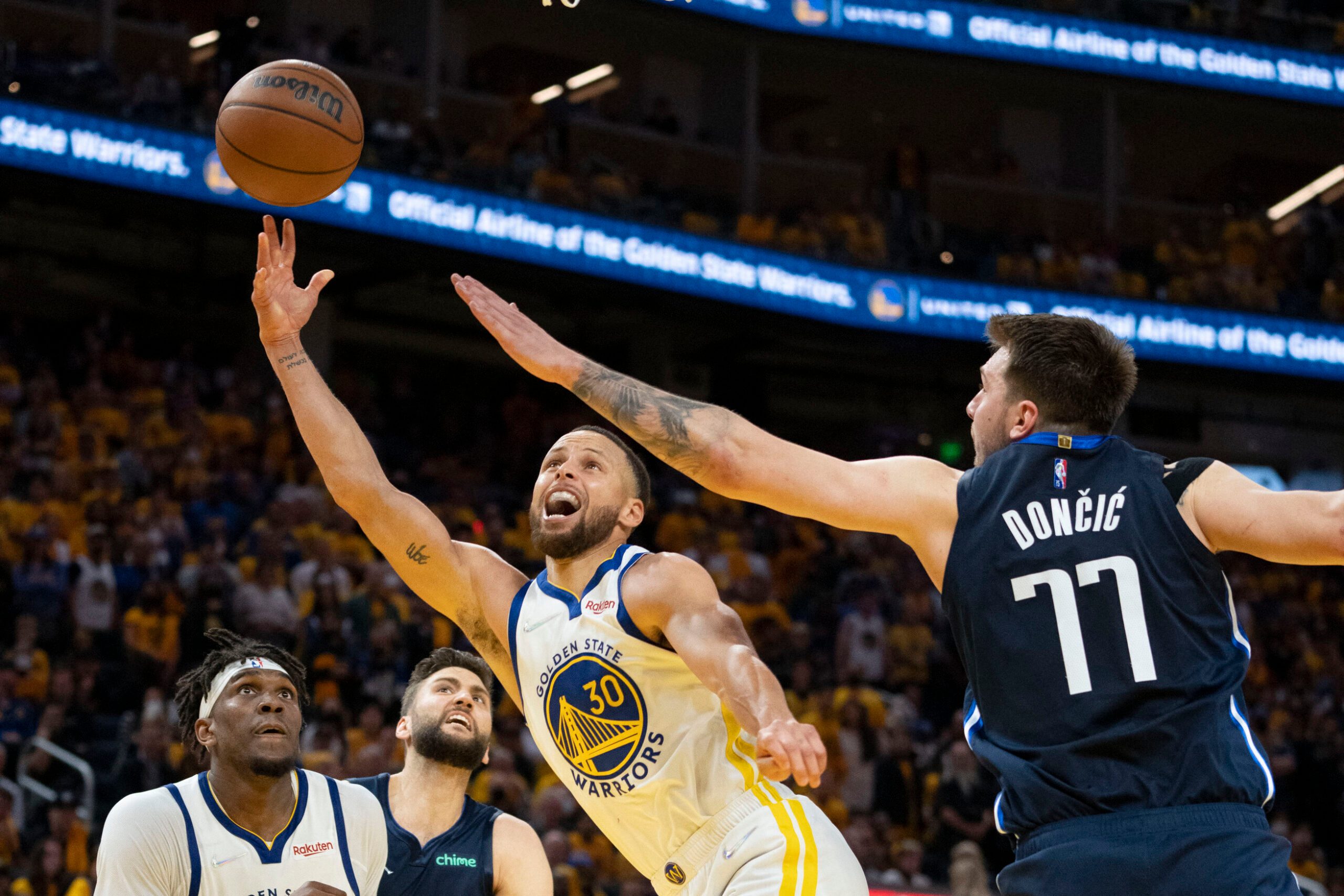 Kevon Looney shocked the Dallas Mavericks with a career-high 21 points, Stephen Curry went for a team-high 32, and the Golden State Warriors erased a 19-point deficit en route to a 126-117 victory Friday night, May 20 (Saturday, May 21, Manila time) in San Francisco for a 2-0 lead in the Western Conference finals.

Luka Doncic rebounded from a playoffs season-low 20 points with a game-high 42 and the Mavericks connected on 21 three-pointers, but combined they weren’t enough to prevent heading home without a win in the best-of-seven series.

The scene shifts to Dallas for Games 3 and 4 on Sunday and Tuesday.

The advantage was still 79-64 with 7:06 remaining in the third quarter before the Warriors exploded.

The game-turning spurt began with a 19-6 run at the end of the third period to close the gap to two. Looney and Jordan Poole each contributed 5 points to the spurt.

Golden State took the lead for good when Otto Porter Jr. opened the fourth quarter with a three-pointer, and the hosts didn’t stop there. The Warriors built a 99-92 advantage by completing a 16-7, quarter-opening run in which Porter (7), Poole (5), and Looney (4) did all the scoring.

The Mavericks got no closer than five after that.

Looney, whose previous career-high of 19 came in the 2019 playoffs against the Los Angeles Clippers, hit 10 of his 14 shots and also found time for a game-high 12 rebounds. The double-double was just the second of his postseason career.

He and Curry got plenty of help. Poole finished with 23 points, Andrew Wiggins 16, Klay Thompson 15, and Porter 11 for the Warriors, who shot 56.1% for the second consecutive game.

Reggie Bullock hit six three-pointers to account for almost all his 21 points and Jalen Brunson five on a 31-point night, helping the Mavericks rebound from an 11-for-48 effort from beyond the arc in the opener to hit 21-of-45.