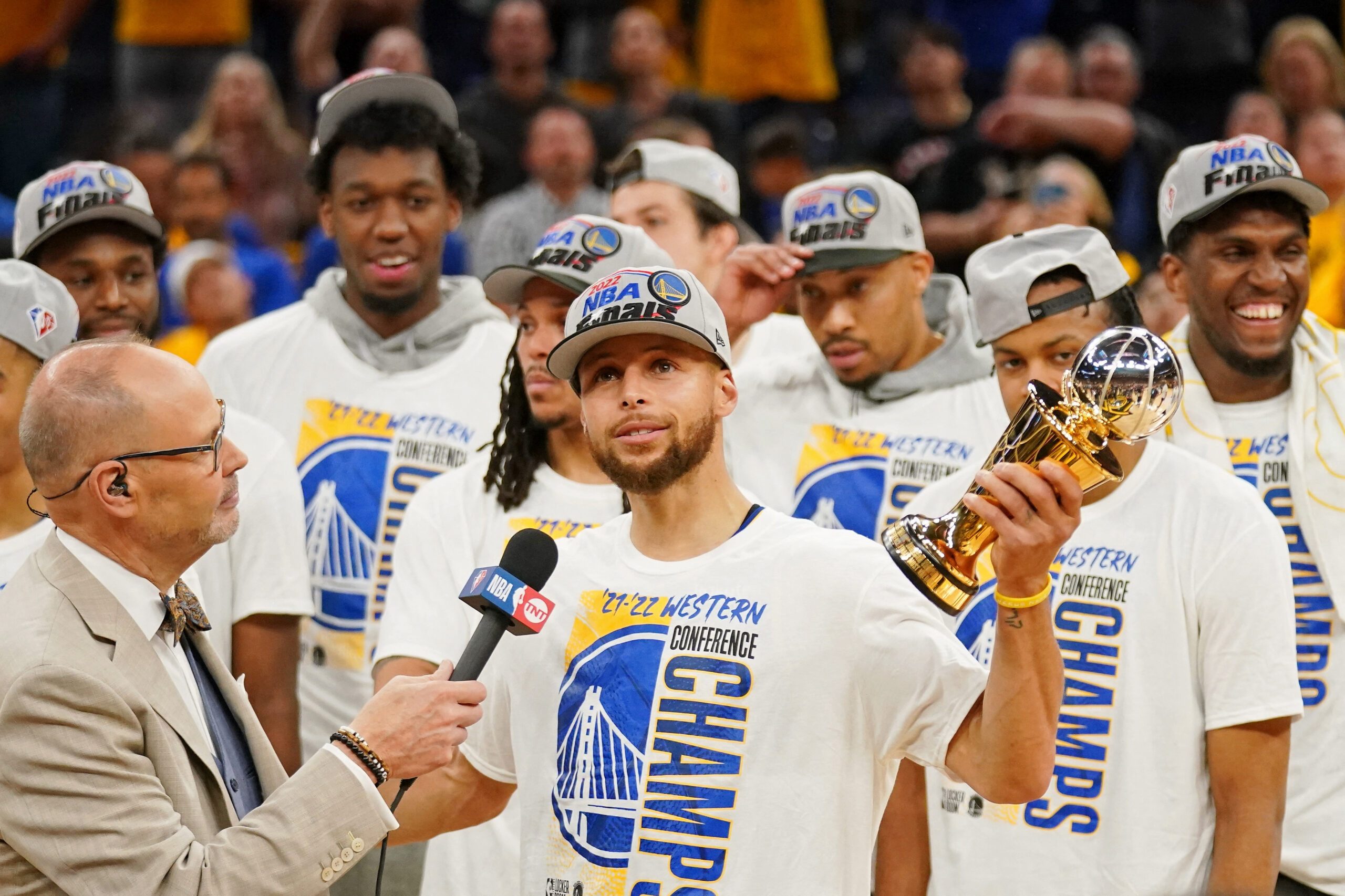 Klay Thompson matched his season playoff-high with 32 points as the Golden State Warriors captured the Western Conference crown and earned their sixth trip to the NBA Finals in the last eight years with a 120-110 victory over the Dallas Mavericks in Game 5 in San Francisco on Thursday, May 26 (Friday, May 27, Manila time).

Kevon Looney dominated the boards with a game-high 18 rebounds to help the Warriors, in their second opportunity, close out the Mavericks with a 4-1 triumph in the best-of-seven Western Conference finals.

Luka Doncic had 28 points and Spencer Dinwiddie 26 for the Mavericks, who used a 15-0 run late in the third quarter to give themselves a chance after falling behind by as many as 25 points.

Poole ended the flurry and closed the third period with a layup that gave Golden State a 94-84 lead. When Wiggins and Green opened the final quarter with consecutive hoops, the Warriors began printing tickets to their first NBA Finals appearance since a loss to the Toronto Raptors in 2019.

Looney’s rebound total included 7 at the offensive end, helping Golden State to a commanding 51-34 edge overall and a 14-6 advantage in offensive boards.

Looney also found time for 10 points, his second double-double of the series.

Dallas had the edge in three-point scoring, thanks in large part to Dinwiddie’s 5-for-7 success from beyond the arc. The Mavericks shot 17-for-42 on three-point tries, outscoring Golden State 51-42 from deep.

Doncic was harassed into just 10-for-28 shooting overall and 3-for-13 on three-point attempts en route to his team-high point total. He added a team-high 9 rebounds and 6 assists.

Dorian Finney-Smith had 13 points and Jalen Brunson 10 for Dallas, which lost all three games at Golden State in the series. – Rappler.com