While the Lakers race against time, the Clippers aim for excellence 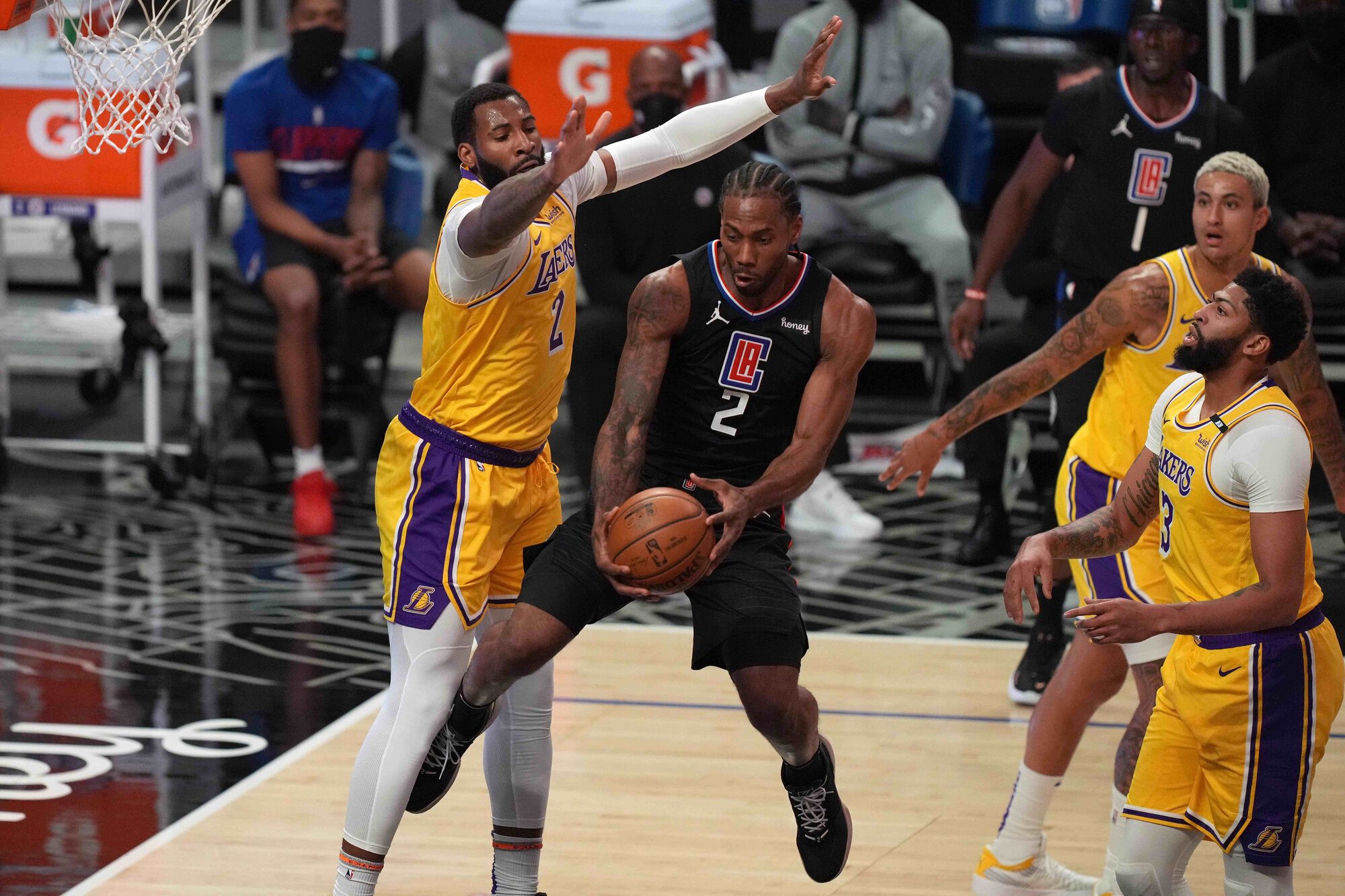 Facebook Twitter Copy URL
Copied
The healthier Clippers may be in better position to succeed, but it’s justifiable to say the Lakers still have a good a chance to win this year’s chip

NBA fans were deprived of a complete showdown between Los Angeles’ premier contending teams, and once again injuries are the thief of joy.

The Clippers decimated their crosstown rival Lakers, 118-94, to sweep the regular season series against the defending champions on Friday, May 7.

While the Clippers improved to 45-22 and regained hold of the third seed in the competitive Western Conference standings, the Lakers dropped to 37-29 and fell further in danger of having to participate in the play-in tournament.

Both squads have 5 games remaining before the playoffs begin.

Despite the absence of LeBron James (ankle) and Dennis Schroder (health and safety protocols), there was enough hope that the game would be competitive because the Lakers were coming off an impressive LeBron-less victory against Denver this week, led by Anthony Davis’ two-way brilliance.

But Davis left this game in the first quarter after registering only 4 points and 1 rebound and was ruled out the rest of the way with back spasms. The 28-year-old, who recently returned after two months of inactivity due to a calf issue, also looked like he hurt his ankle in the early goings after tripping on the sidelines.

The Clippers outscored the Lakers by 10 when Davis was on the floor and the defending champions’ situation unsurprisingly did not improve without their All-NBA caliber big man.

Paul George led his team with 24 points while 6 other Clippers scored in double figures. As a unit they shot 51% from the floor, 42% from deep, and 88.5% from the foul line. The Clips also had more rebounds and assists over their rivals.

Ironically, head coach Ty Lue wasn’t pleased with his team’s overall performance because of their 22 turnovers. In the postgame press conference, he wasn’t shy to say that his boys were “trying to be fancy and cute.”

“We didn’t really respect the game, especially in the second half,” he explained.

Those statements provide an image of both squads’ current circumstances – one in danger of becoming dire and the other with room to grow.

While the Lakers chase health in time to defend their crown, the Clippers aim for further excellence.

The statement that “what happens in the regular season doesn’t matter in the playoffs” has been awfully misconstrued over the years, but it’s justifiable to say the Lakers still have as good a chance as any team to win this year’s chip, especially once their historically great player in James returns to action.

But it’s also fair to think that as both teams progress towards the postseason, the healthier Clippers are in better position to succeed.

The Lakers have little time to nurse their wounds as they play the following day against Damian Lillard, CJ McCollum, and the rest of the 37-29 Portland Trail Blazers. Both teams have identical records and are a game behind the 38-28 Dallas Mavericks for 5th place in their conference standings. The Mavs don’t face a team above .500 the rest of the way.

The upcoming Lakers-Trail Blazers tilt will determine who owns the tiebreaker if both squads end with the same record. While James and Schroder have already been ruled out, Davis is optimistic he will play. Kyle Kuzma, who scored 25 on Friday, will need to step up.

“I know that the spirit in the locker room is still high,” Davis said. “Guys came in after the game and said, ‘Put it behind [us], we’ve got another game tomorrow.’”

All games from here should be considered a “must-win” for the reigning champs, although this one will carry more weight.

After playing in Portland on the second night of a back-to-back, the Lakers will face the red-hot Phoenix Suns and New York Knicks at Staples Center. They will then take on the struggling Houston Rockets on another back-to-back before closing out their campaign on the road against play-in hopefuls Indiana and New Orleans.

Portland, meanwhile, will host another play-in hopeful in San Antonio the day after battling LA then welcome Houston. Their season ends with road matchups against the top-seeded Utah Jazz, Suns, and Denver Nuggets.

There’s a road map for the Lakers to finish with a better record than Portland, but it has to start with a victory in Oregon without James, Schroder, and Davis not playing at optimum level. The Blazers have also had their share of struggles, but have won 5 of their last 6 contests.

The Clippers, on the other hand, is locked in an arms race with the Nuggets for the third seed. LA closes with a home game against the Knicks followed by a road trip where they face below-.500 teams Toronto, Charlotte, Houston, and OKC, while Denver will go up against Utah, Brooklyn, Charlotte, Minnesota, Detroit, and Portland. The Nets matchup is the only one on their home floor.

The Nuggets own the tiebreaker, but it’s reasonable to think the Clippers will have the higher seed assuming they don’t play down to their competition.

For Lue, it starts with taking care of the ball.

George, who’s been ramping up his production the last few weeks, understands what his head coach is trying to point out.

“That’s T. Lue doing his job. That’s a big emphasis going into these games, is taking care of the ball,” he said, before later adding:

“Regardless of the outcome tonight, we [have] to do a better job as a team taking care of it.”

There’s a scenario where the Clippers end as No. 3 and the Lakers avoid the play-in but finish as No. 6, setting up a best-of-seven blockbuster of a first-round series many hoped we’d see in last season’s Western Conference Finals before LAC dropped the ball against Denver.

LeBron has said that the last two titles he won (against the 73-9 Warriors and in the bubble) were the most difficult in NBA history, but it’s starting to look like the 2021 playoffs might be the toughest mountain he ever has to climb to add another ring to his collection.

No team since the 1995 Houston Rockets has won the NBA title as a No. 6 seed and that was the only time it ever happened. They were also defending their title.

Can the injury-hit Lakers go through the same gauntlet and come out with their hands raised high as the confetti drop from the heavens once again?

One thing’s for sure: The Clippers, which as a franchise has never tasted such glory, aim to put an end to their own misery.

“It’s great when we’re having fun, everybody is in great spirits here, and it’s contagious,” said George.

As Kawhi Leonard described it, “we’ll be alright.”

Can the same be said for their rivals?