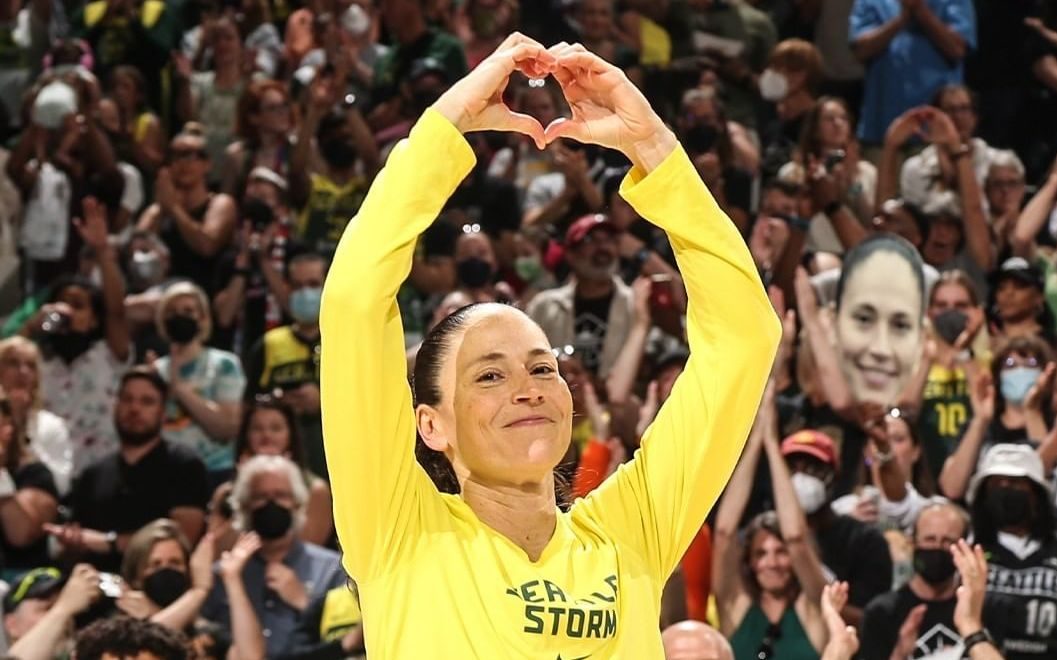 Four-time WNBA champion Sue Bird made an emotional farewell to a chorus of cheers on Sunday, August 7, playing her final regular season home game after a blockbuster two decades with the Seattle Storm.

A record crowd of 18,100 turned up to Climate Pledge Arena, chanting “Thank you, Sue,” as the former first overall draft pick took a curtain call on her way to the playoffs.

“I didn’t really prepare anything for this moment right here. I don’t know that there is (any) preparing for it,” the five-times Olympic gold medalist told fans.

“Right now, I just want to say from the bottom of my heart how thankful I am.”

It was not quite the goodbye Bird hoped for as a relentless A’ja Wilson led the Las Vegas Aces to an 89-81 win over the Storm, gunning to be the number one seed in the playoffs.

“All the nights you were telling me to shoot more – I’m sorry for that. I’m sure tonight was one of those nights,” Bird joked to the fans.

She has a chance of playing again in Seattle, with the Storm having already clinched a playoff spot, but fans treated the game as a farewell for Bird, whose name is synonymous with the franchise after amassing a record 13 WNBA All-Star selections.

A young fan sitting courtside attempted to hand Bird a flower before the 41-year-old guard inbounded the ball during the first quarter, and signs were dotted around the crowd where fiancee and twice World Cup winner Megan Rapinoe watched.

Having been in the WNBA for all but five of the league’s 26 years, the grand dame of women’s professional basketball told reporters her hope was that “women’s athletes don’t have to fight for scraps.”

“The WNBA has turned a corner in the last couple of years,” said Bird. “The one thing we could always count on was that the product on the floor was always going to be amazing.”

A year earlier, Seattle fans urged Bird not to retire, chanting “one more year,” a moment that pushed her to stay in the game.

Offering her gratitude to the crowd on Sunday, however, Bird made it clear she had left everything she had out on the court.