Zach LaVine not traveling with Team USA to Tokyo 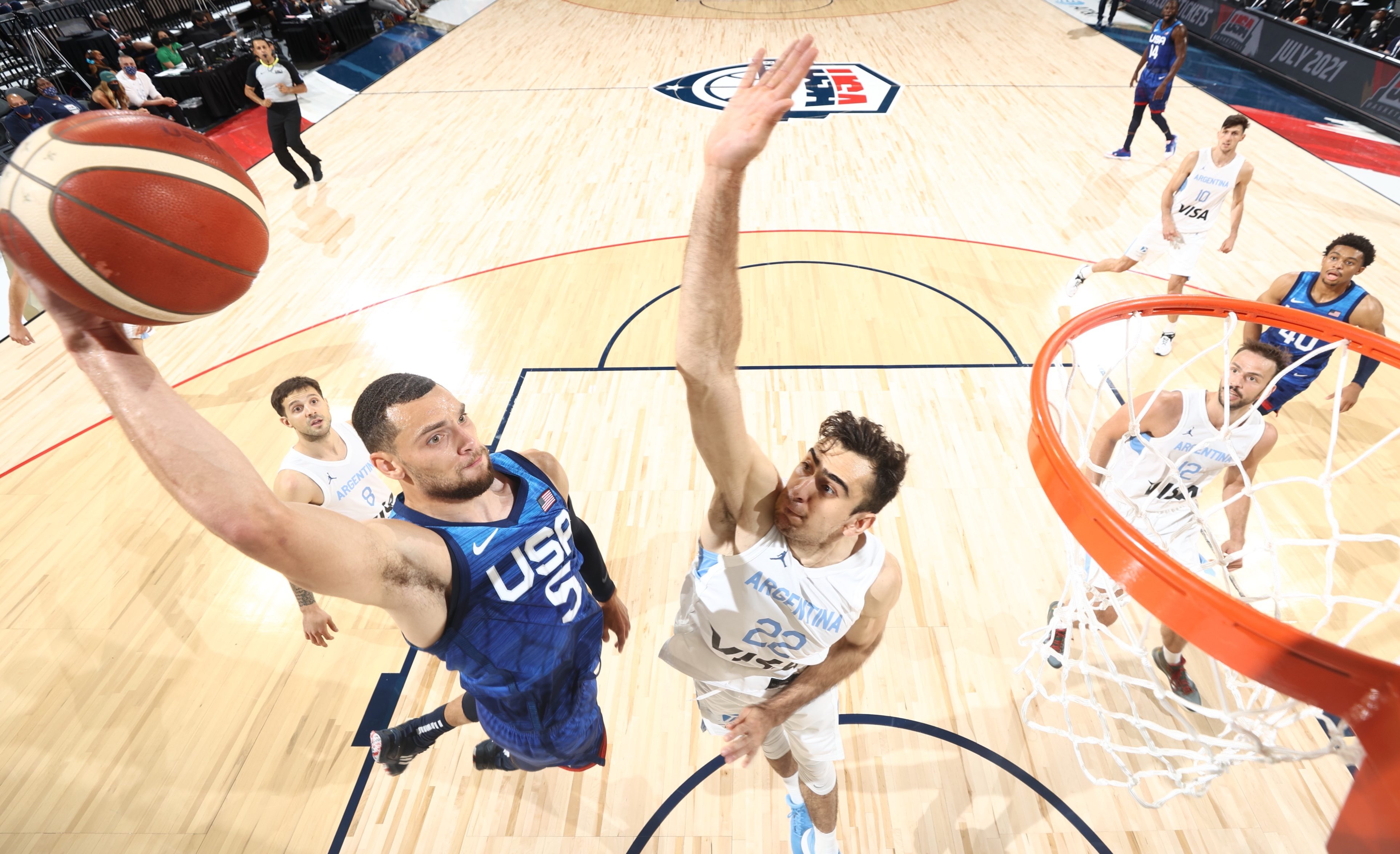 KEY CONTRIBUTOR. Zach LaVine had been one of the top performers for Team USA during their training camp.

The organization said in a statement the decision to leave without the 26-year-old LaVine was made “out of an abundance of caution” and that they hope he will be able to join the team in Tokyo later this week.

LaVine had a strong camp ahead of the Tokyo Olympics and in four exhibition games he was third on the team with an average of 10.3 points per game.

Team USA will open preliminary round play on July 25 against France.

Team USA have already lost guard Bradley Beal, who was forced to go into health and safety protocols last week and forward Kevin Love, who withdrew as he is still returning to full form from a right calf injury.

American forward Jerami Grant had entered health and safety protocols last Thursday but is expected to be cleared to travel with the team.

Since NBA players began representing the United States in 1992, they have captured six gold medals and one bronze medal. The team is also riding a 25-game Olympic winning streak that dates back to the bronze medal game of the 2004 Athens Games. – Rappler.com