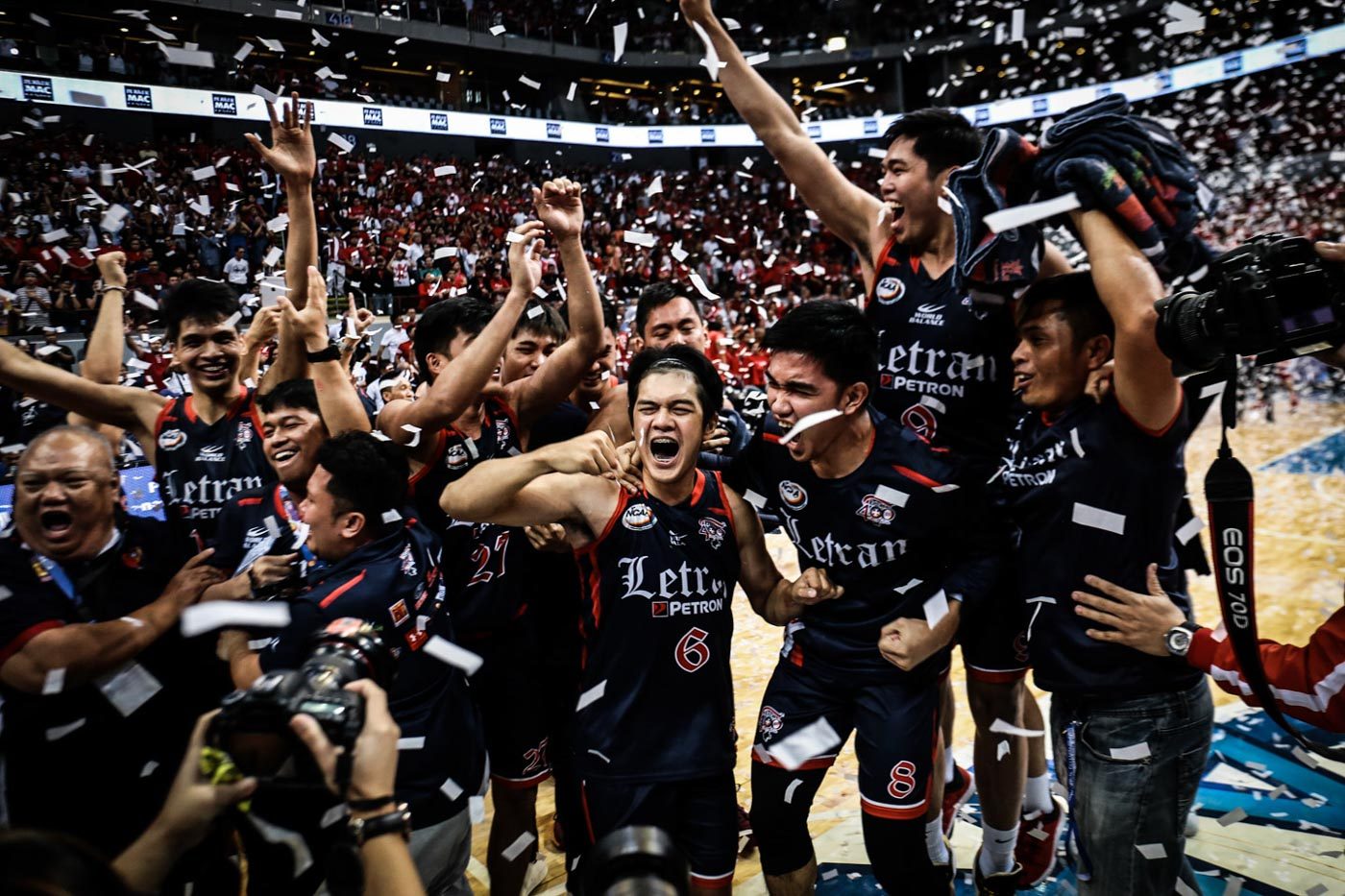 Facebook Twitter Copy URL
Copied
Noting the need to adapt to ‘present realities,’ the NCAA allows student-athletes with special permits to see action in pro leagues during the off-season

“All around the world, we are already seeing the blurring of the lines with the amateur and professional sports. Why not we give them the bridge for the amateurs to play in the professional leagues?” Games and Amusements Board (GAB) legal division chief Ermar Benitez said in a joint press briefing with the NCAA on Friday, November 13.

The SGL is a special permit issued by GAB to amateur players who want to play in professional leagues during the collegiate off-season.

Peter Cayco of Arellano University, the NCAA Season 95 management committee chairman, said athletes who want to see action in the pros need to secure first the approval of their school before the NCAA endorses the application to GAB.

“Other teams from the SEA games and any other international meets are playing with the professionals, may exposure sila so why don’t we do it para ma-improve natin ang ating training pool?”

(With the amateurs’ exposure to the professional leagues, I’m sure they will learn a lot both ways. Other teams from the SEA games and any other international meets are playing with the professionals, they have exposure so why don’t we do it to improve our training pool?)

While the NCAA makes this major move, the UAAP had opted not to avail of the special license.

Student-athletes who avail of the SGL won’t lose their amateur status as they’re only allowed to receive “minor benefits” and prohibited to receive salaries in the pro leagues.

NCAA Season 96 chairman Fr Vic Calvo said the league needs to “revisit” its rules but the big step is also their way of “adapting to the present realities.” – Vince Roque/Rappler.com