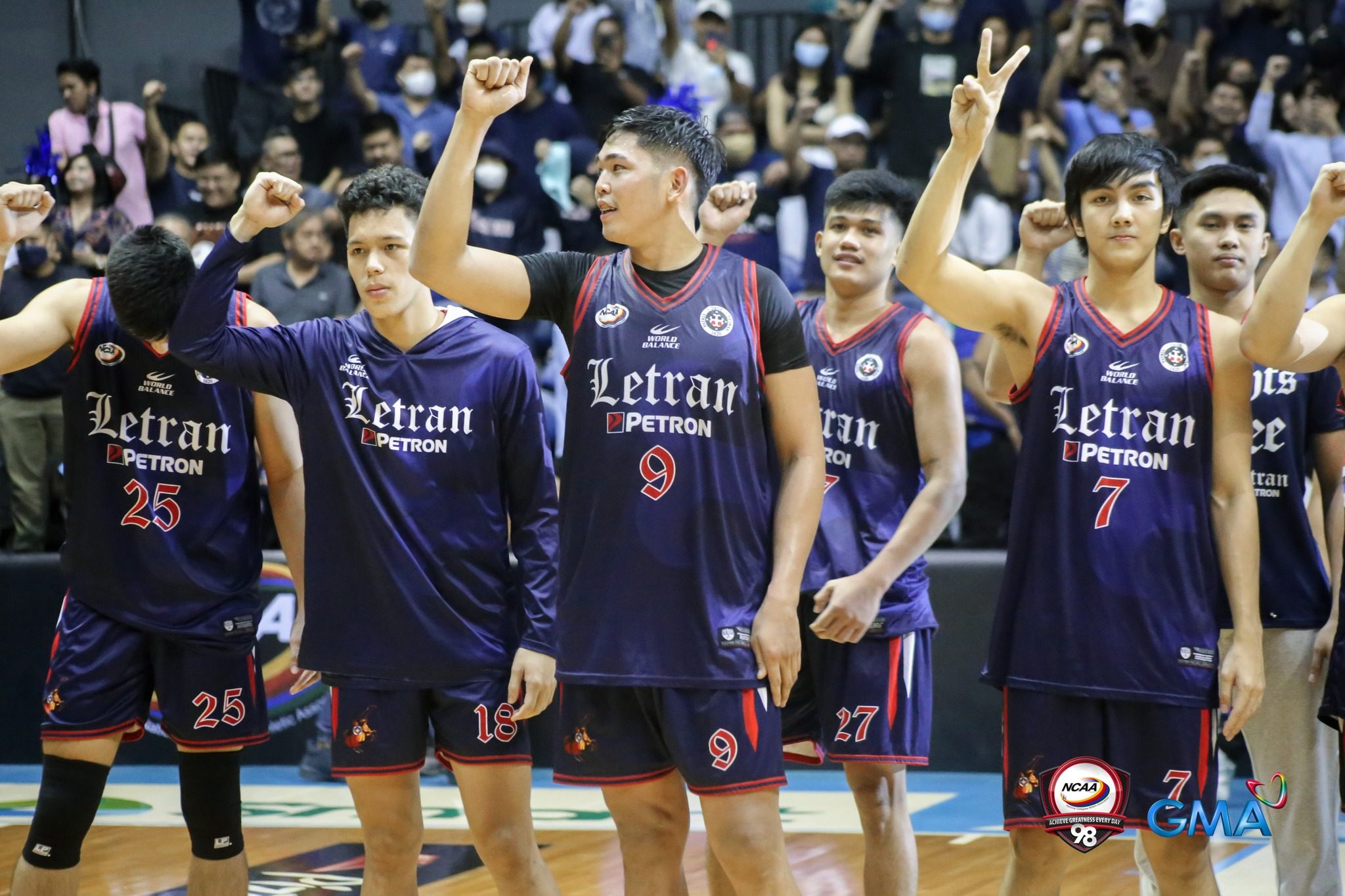 Tolentino got slapped a one-game suspension as he “occupied the landing spot” of CSB’s Miguel Oczon, who suffered an ankle injury after landing awkwardly on Tolentino’s foot early in the first quarter of the championship series opener.

Oczon was unable to return to the match after the incident and CSB coach Charles Tiu said his third-leading scorer “most probably will not play” in Game 2 this Sunday.

Javillonar, meanwhile, was “strongly reprimanded for his unsportsmanlike conduct” as official video evidence and testimonies showed that “he touched the private part” of CSB’s Will Gozum in a seeming ruse to distract his foe.

The NCAA warned Javillonar “that a repetition or commission of a similar offense will merit a stricter penalty” and also required him “to issue an apology and render community service as a rehabilitative measure.”

Letran will also have to do without Kobe Monje, who will serve an automatic suspension after getting ejected in Game 1.

Monje got called for an unsportsmanlike flagrant foul when he elbowed Macoy Marcos during the second quarter.

Game 2 tips off at 3 pm on Sunday, December 11, with the Knights vying to complete their three-peat bid with a sweep of the Blazers in the best-of-three title series. – Rappler.com