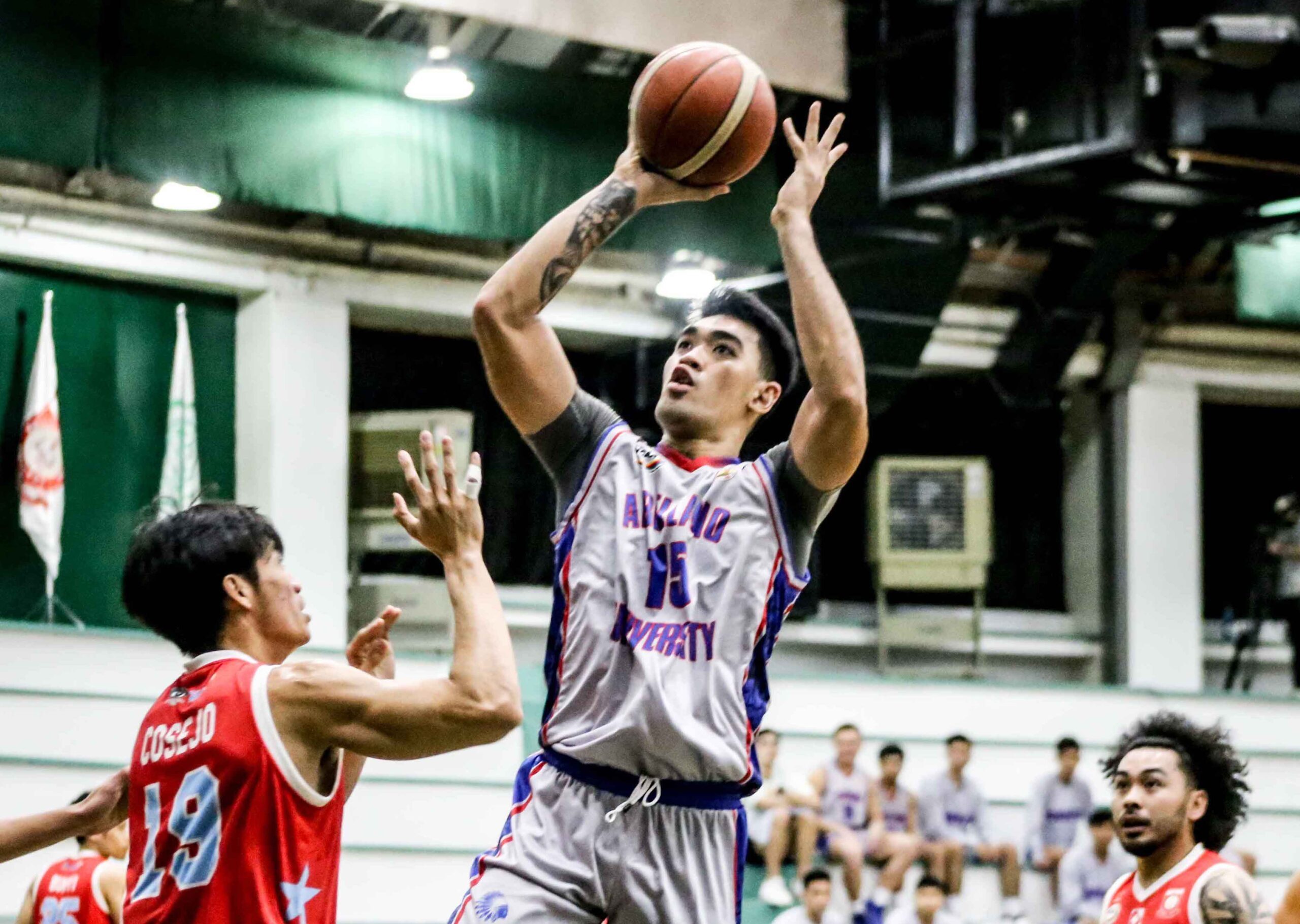 The big man frolicked inside the paint and produced 21 points and 18 rebounds for his sixth double-double this season on top of 3 blocks and 3 assists for the Chiefs, who improved 3-5.

Arellano forged a four-way tie at fifth place with EAC, Perpetual, and San Sebastian, with the No. 3 to No. 6 seeds qualifying for the play-in tournament.

Reymart Sablan backstopped Araña with 12 points, 7 rebounds, and 3 blocks for the Chiefs, who led 55-47 through three quarters before pulling away for good in the final frame.

It was a relatively balanced attack for Arellano as Jordan Sta. Ana, Kalen Doromal, Stefan Steinl, and Archie Concepcion combined for 32 markers by scoring 8 points each.

Earlier, Perpetual snapped a three-game skid to remain in contention following a 72-69 escape against Lyceum led by Kim Aurin.

Aurin delivered 22 points and 5 rebounds as the Altas eliminated the Pirates, who dropped 2-6 and will join also-ran Jose Rizal University (1-7) in an early vacation.

Jielo Razon tallied 14 points, 5 rebounds, and 2 steals in the win that saw him and Aurin knock down key buckets down the stretch to keep Lyceum at bay.

The Pirates cut their deficit to a whisker with 2:30 left off a long Renzo Navarro triple, 67-68, before Aurin and Razon scored back-to-back layups to seal the deal.