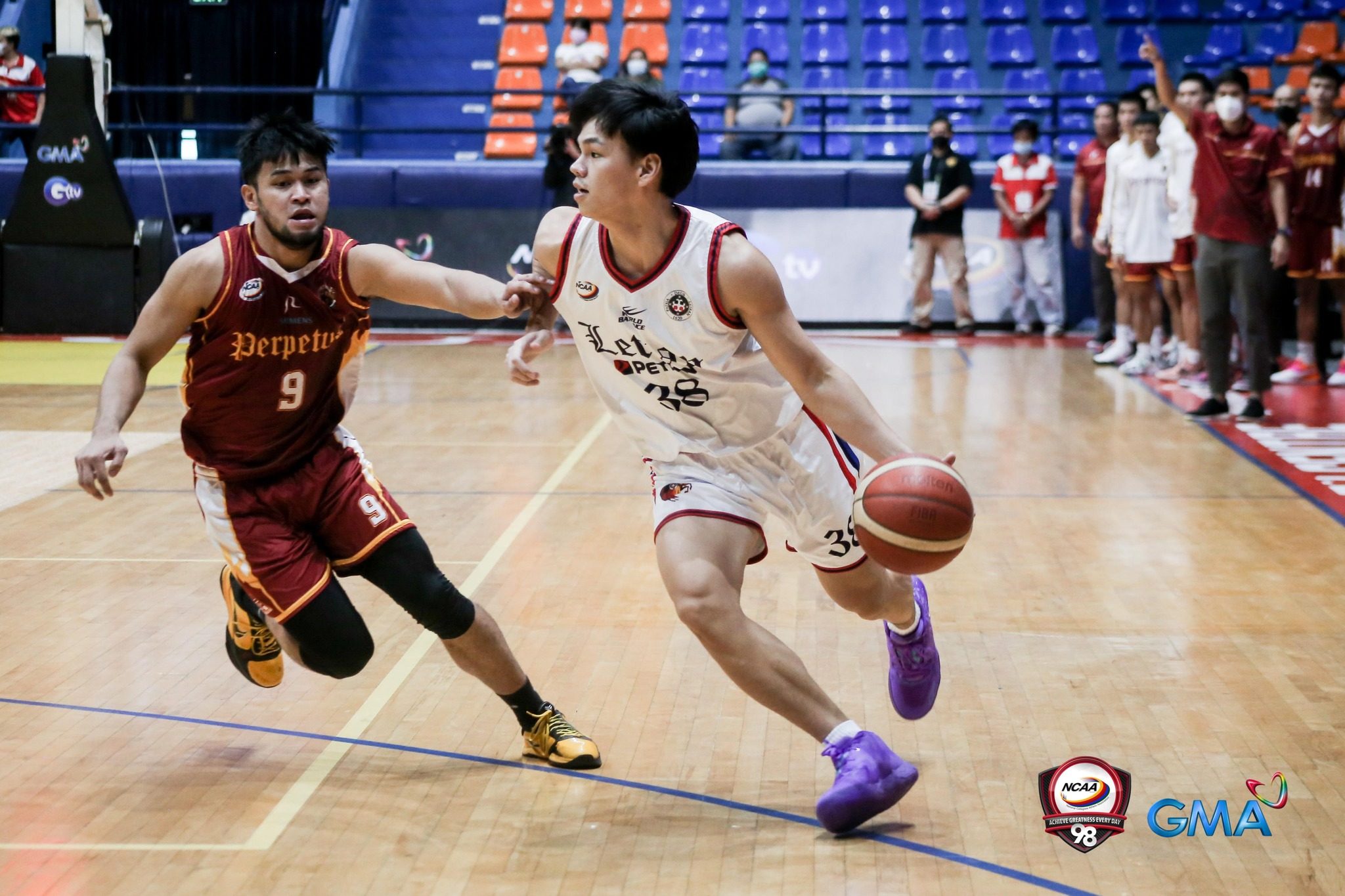 ON A ROLL. Brent Paraiso takes over for the Letran Knights.

MANILA, Philippines – Letran hopes to have hit its stride after extending its winning run to four games in the NCAA Season 98 men’s basketball tournament.

Led by Brent Paraiso, the Knights rolled past the Perpetual Help Altas, 74-59, at the start of their second-round campaign on Tuesday, October 18, at the FilOil EcoOil Centre in San Juan.

Paraiso pumped in 16 points on top of 7 rebounds and 3 assists, while Louie Sangalang also delivered with a double-double of 10 points and 10 boards.

The Knights, the defending champions who had an erratic start to the season, climbed to a share  of third place with Lyceum at 7-3 behind St. Benilde (7-2) and Jose Rizal University (5-2).

“Coach Bonnie (Tan) said we need to dictate the second round because we had an up-and-down first round,” said Paraiso in a mix of English and Filipino. “All of us seniors talked, we know this is our last year so we have to give our best every game.”

It was the separation the Knights needed the rest of the way after the Altas managed to stay within striking distance in the first three quarters, even cutting their deficit to just 4 points, 37-33, at halftime.