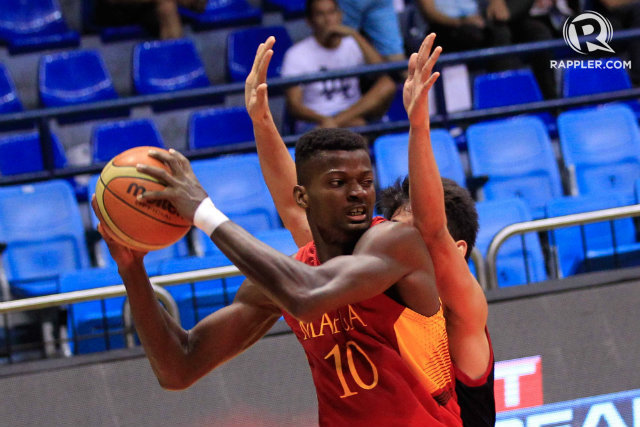 MANILA, Philippines – Mapua Institute of Technology center Allwell Oraeme became the third player in NCAA history to bag both the Most Valuable Player and Rookie of the Year awards in the same year.

Oraeme was the main attraction of the league's awarding ceremonies, which took place moments before Game 1 of the NCAA men's senior basketball finals between San Beda College and Colegio de San Juan de Letran on Friday, October 23 at the 20,000-seater SM Mall of Asia Arena in Pasay City.

The 6-foot-9 Nigerian reinforcement garnered 69.67 SPs in the MVP tabulation after averaging 16.33 points and 20.28 rebounds in the regular season, leading the Intramuros-based Cardinals to the crossover semi-final phase.

“The mentality was getting into the Final Four, which we accomplished. Our mindset is to win the championship next year,” said Oraeme, who replicated the feat of PCU’s Gabby Espinas and San Beda’s Sam Ekwe as collegiate basketball athletes to win the two coveted individual awards in 2004 and 2006 respectively.

Mapua made its first regular trip to the Final Four since 2008, as the red-and-gold troop had to face and eventually lost to JRU in the first round of a stepladder series in 2010. San Beda won its 16 elimination matches that year to qualify for the Finals outright and claim a thrice-to-beat edge in the championship.

However, Mapua was booted out by Letran on Tuesday, October 20 with a 91-90 escape in a jittery Final Four faceoff.

Aside from the two aforementioned citations, Oraeme beat San Sebastian's Bradwyn Guinto to take home the Defensive Player of the Year trophy.

“I will try to improve my game more offensively because this season it’s more defensive for me,” Oraeme shared.

Joining Oraeme and Guinto in the All-Defensive Team are Dela Cruz, Thompson and Akhuetie.