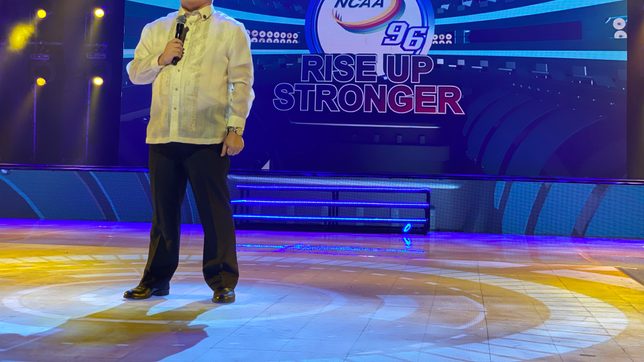 After more than a year of dormancy, the NCAA heralded its return to Philippine collegiate sports action with a star-studded Season 96 opening ceremony on Sunday, June 13.

GMA stars were out in full force to represent and support the 10 member schools as the Grand Old League’s opening rites were broadcast for the first time by the league’s new TV partner on their GTV channel.

“Our member-schools faced difficulties in recovering and continuing. But with the challenges came opportunities and blessings,” he said. We have found a new media partner, we have found a home in GMA.”

“In the present and the future, we offer two things: our youth and sports. To the NCAA community, together, we rise up stronger. Siempre arriba, siempre NCAA.”

In another first in the league’s history, Letran Knights basketball stalwart Jeo Ambohot led the virtual Oath of Sportsmanship while the rest of his fellow athletes are also watching from afar, and tucked safely in their homes.

From there, the GMA stars took over with 10 flag bearer and muse tandems for the traditional parade. Other notable names included “Asia’s Nightingale” Lani Misalucha, who sang the national anthem.

Competitions will then formally begin on Monday, June 14, with the league rolling out its taekwondo schedule until July 5.

Schedules for other sports like online chess, and possibly basketball and volleyball skills challenges will follow after securing requirements and venues compliant to the most recent guidelines of the Inter-Agency Task Force (IATF). – Rappler.com