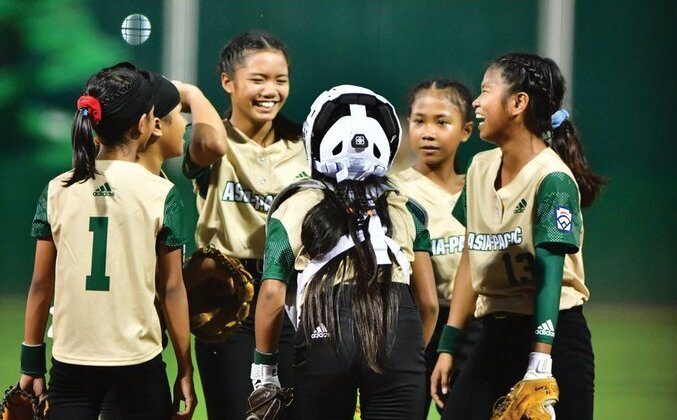 In early August, the mainstream Philippine sports news cycle usually dominated by basketball and volleyball was rocked by the sudden rise of a certain Asian softball team at the 2022 Little League World Series taking down American teams left and right on their own turf in Greenville, North Carolina.

As it turned out, those Asia-Pacific representatives were none other than young Filipinas from Bacolod City, who ran through teams from Curacao, Canada, Maryland, and Italy on their way to the semifinal.

Just who were they and how did they even get there in the first place? Surely, this likely well-funded team had been training for years for them to even make it to the world stage, right?

However, nothing could be further from the truth, as Rappler learned in an interview with the team’s head coach, Lizvi Jalandoni.

From grassy fields to greener pastures

Seven months before this year’s World Series, Negros Occidental didn’t even have a team to whip into game shape, much less challenge the world’s best at softball.

Like many other teams of all sports, Negrense softball – especially teams with age limits like the Little League squads – was thrown off course by the pandemic and were forced to rebuild from the ground up.

“The team was actually only put together in December. In the middle of the pandemic, some players went home and many got up in age,” said Jalandoni in Filipino.

“The kids we were training during the pandemic were just housed in the fields of a hacienda, and they were the ones who formed the team when news of the Little League’s return came around.”

This team wasn’t like the Alex Ealas, the EJ Obienas, or the Gilas Pilipinas stars of the country who enjoyed huge funding and major corporate sponsors.

The country’s representatives at the world stage of softball were formed by daughters of tricycle drivers and sugarcane farmers, who, prior to the World Series, have never left the Philippines nor even flown in an airplane.

Before the girls even stepped foot in North Carolina, Jalandoni already let go of all expectations, and just let them have fun and play their game to the best of their abilities.

“With the fact that they even got to the World Series, they are already champions for me,” said the 12-year mentor. “I told them they had no one to fear, that they are there because they are the best in the Asia-Pacific region, and they have earned the right to represent the country.”

“That was enough motivation for them,” Jalandoni continued. “No one among these girls is rich. All of them already know how difficult life can be, and the thought of improving that life is more than enough motivation to play hard.”

Indeed, after the girls’ magical World Series run – where they even brought home the Girls With Game Team Sportsmanship award – their lives may very well be on the rise sooner than they think.

“Softball was really noticed here in the province. It was really an eye-opener that even though we only had little kids, we can do it, too. We can really excel in this sport,” said Jalandoni, who is supported in her own journey by her husband Ramil and daughter Ezra.

“Governor Lacson is going even more all-out. Now, not only us, but many other teams in Negros Occidental are getting programs. Even our living quarters are going through a planned renovation for the first time in two decades, and that’s a real morale booster for the kids.”

Today, the girls have gone back to their families to get well-deserved rest and continue preparing for the return of face-to-face classes, but Jalandoni said that training will go on with the help of her assistant coaches Nelson Esmellarin, Ryan Blanca, Ernesto Liguaton, Junvee Pagulong, Joshua Diaz, Arwen Virtoso, and Joey Pabale.

“We will have kids who will age out of the division, but we will continue scouting more kids who have big dreams,” Jalandoni said. “Even though they don’t know anything about softball, it’s okay, as long as they have the dream to make it big.”

For now, Jalandoni is requesting fans and sponsors to continue supporting the country’s budding softball stars, and referenced the fact that Filipinos have always dominated in the sport at the Southeast Asian level.

True enough, the Philippines has never dipped out of the podium in both men’s and women’s softball whenever the host country featured the sport.

Since 1981, the country has snagged 16 out of a possible 18 gold medals in both divisions across nine SEA Games, only dipping to silver once in 1997 and again in 2019.

“Maybe if we have all-out support across the country, we can even gain a podium finish in the Asian Games,” Jalandoni said. “It really has to come from all levels – from grassroots to high school, college, and the seniors national team level.”

“Softball may not be as noticed as other sports, but fans can also see thrilling and dramatic action here,” the coach added. “We just need more eyes on us. With proper support, we too can get wherever we want to go.” – Rappler.com