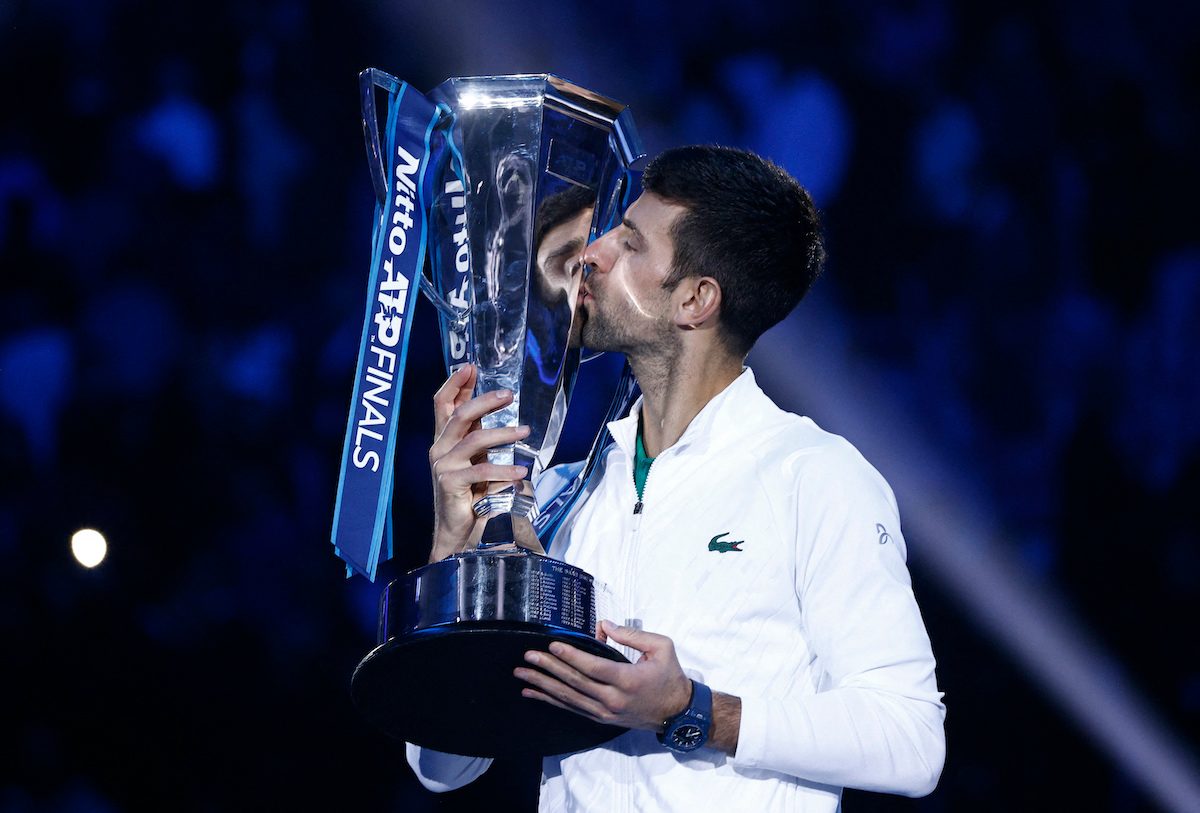 TURIN, Italy – Novak Djokovic said there is no “end zone” for his career after becoming the oldest ATP Finals champion on Sunday, November 20, matching Roger Federer’s record six wins at the season-ending tournament.

“There is no end zone, as they call it in American football. I don’t feel I have thoughts or ideas about how I want to end my career,” the 21-times major winner told reporters.

“I don’t know what the future holds, but I know that what I hold in my mind is a huge hunger still to win trophies, make history of this sport, compete on the highest level all around the world, bring good emotions to sports fans, tennis fans. That’s what drives me a lot.”

Djokovic is one major win behind Spain’s Rafael Nadal, who holds the outright record with 22 Grand Slam titles.

The Serbian was unable to compete at the Australian and US Opens this year due to his refusal to get vaccinated against COVID-19.

“I have a lot of different motivational factors,” he said. “And I don’t lack any motivation for the moment.” – Rappler.com