CHAMPION. Demetrious Johnson adds another feather to his cap by bagging a ONE Championship title.

It has been a stellar year for ONE Championship, particularly with its expansion into the Western market in 2022.

While The Home of Martial Arts retained its top status as the king of Asia when it comes to combat sports, it has also emerged as the legitimate No. 2 to the UFC in the US’ viewer-rich market.

A major factor was ONE’s partnership with Amazon Prime Video, which broadcasted monthly shows in US primetime starting in August 2022. Because of that, ONE got solid viewership numbers from the first event up until the latest in December of last year.

The numbers, when it comes to viewership, pretty much speak for themselves.

Over the past 12 months, ONE reached 7.3 million eyes in digital organic video views, even beating the UFC, which racked up 4.3 million viewers in that stretch.

ONE has also upped its social media follower count, finishing at 54 million by the turn of the year, besting its US-based counterparts like Bellator (9M) and PFL (5M), its Asian counterpart in Rizin (2M), and European giants like Glory (8M) and KSW (2M).

Aside from the socials count, ONE has also beefed up its roster with its number of fighters, moving up to nearly 600, bested only by UFC’s near-700 roster count, and beating several US counterparts like Bellator (224)  and PFL (60).

Several top fighters from different disciplines made their respective debuts in that stretch, too, like Roberto Soldic in MMA, brothers Kade and Tye Ruotolo, and Mikey Musumeci in submission grappling, and Jonathan Di Bella in kickboxing.

These numbers are just a precursor to what’s in store for ONE in the US, as the promotion has announced its first event on American soil with ONE Fight Night 10 on May 6 at the 1stBank Center in Broomfield, Colorado.

In the headliner, ONE Flyweight World Champion Demetrious Johnson will complete his trilogy against Adriano Moraes and attempt to retain the belt that he captured from the Brazilian in 2022. 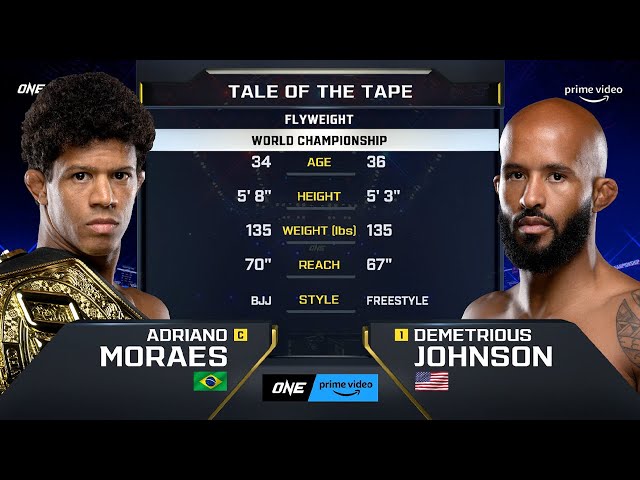