MANILA, Philippines – Drex “T-Rex” Zamboanga knows that he’ll take the biggest test of his professional career when he makes his lightweight debut against Rahul “The Kerala Krusher” Raju in the lead card of ONE: Full Circle on February 25 at the Singapore Indoor Stadium.

Not only is he making his debut in a new weight class, he’s moving three divisions higher. He last fought in the flyweight division in 2020 when he submitted Detchadin “Detchpool” Sornsirisuphatin in the second round.

However, he believes the jump is necessary for his career as he wants to maximize his frame and size, something that he can no longer do at flyweight.

“My conditioning coach gave me that idea to try it out at lightweight because I felt like being at flyweight is unhealthy for me. At the same time, it’s risky. I’m a big man. I’m 5’11 at flyweight. I can’t maximize my strength in matches,” he shared.

“Most of my fights came at 61 kgs. It has always been doable, but my conditioning coach suggested that I move to a higher weight class.”

Still, he admits that this move brings a lot of uncertainties, and that’s something he’s been preparing for.

“Actually [the adjustment] is the most challenging part for me. This is the first time I’ll be stepping in this weight class. I don’t have the experience yet in facing a legit lightweight in an official match, so that’s one thing I have to look out for,” he added.

It’s also worth noting that he’s not facing a walk in the park in his lightweight debut. 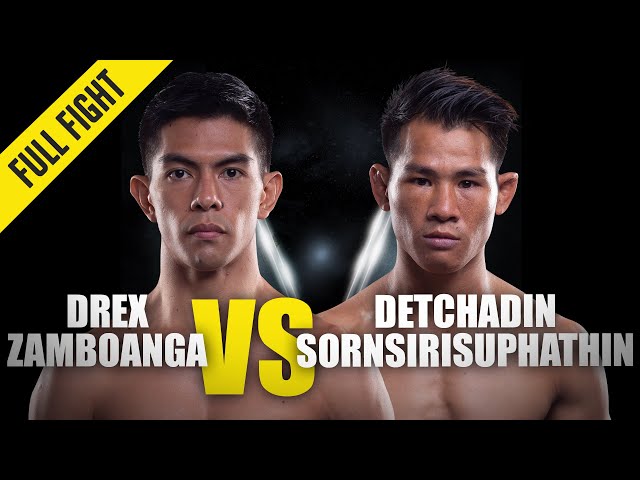 Raju is a grizzled veteran who has competed in the promotion since 2018, and experience is something he brings to the table having faced the likes of like Garry “Lion Killer” Tonon, former ONE Featherweight World Champion Honorio “The Rock” Banario, and Amir Khan, among others.

“When I searched for his fights on YouTube, he really has a ton of fights. The number of matches I had is nothing compared to his. I think that’s going to be our gap – the experience,” the Marrok Force mainstay revealed.

“He already has a lot of fights. At the same time, I’m also new in lightweight. So yeah, we really don’t know what will happen.”

Uncertainties aside, Zamboanga is trusting the process as he believes that with great risk comes great reward.

After all, as long as he remains on his toes while preparing for this bout, he believes that he’ll be in a good place come fight night.

“Now’s the perfect time to test my skills in the lightweight division. But looking at my camp, things are going well.” – Rappler.com

Catch  ONE: Full Circle on One Sports at 8:30 pm Philippine time on Friday, February 25. One Sports+ will cut into the main card at 9 pm.

The lead card will broadcast live on the ONE Championship Tagalog Facebook, ONE’s YouTube channel, and the ONE Super App at 6 p.m. PHT.