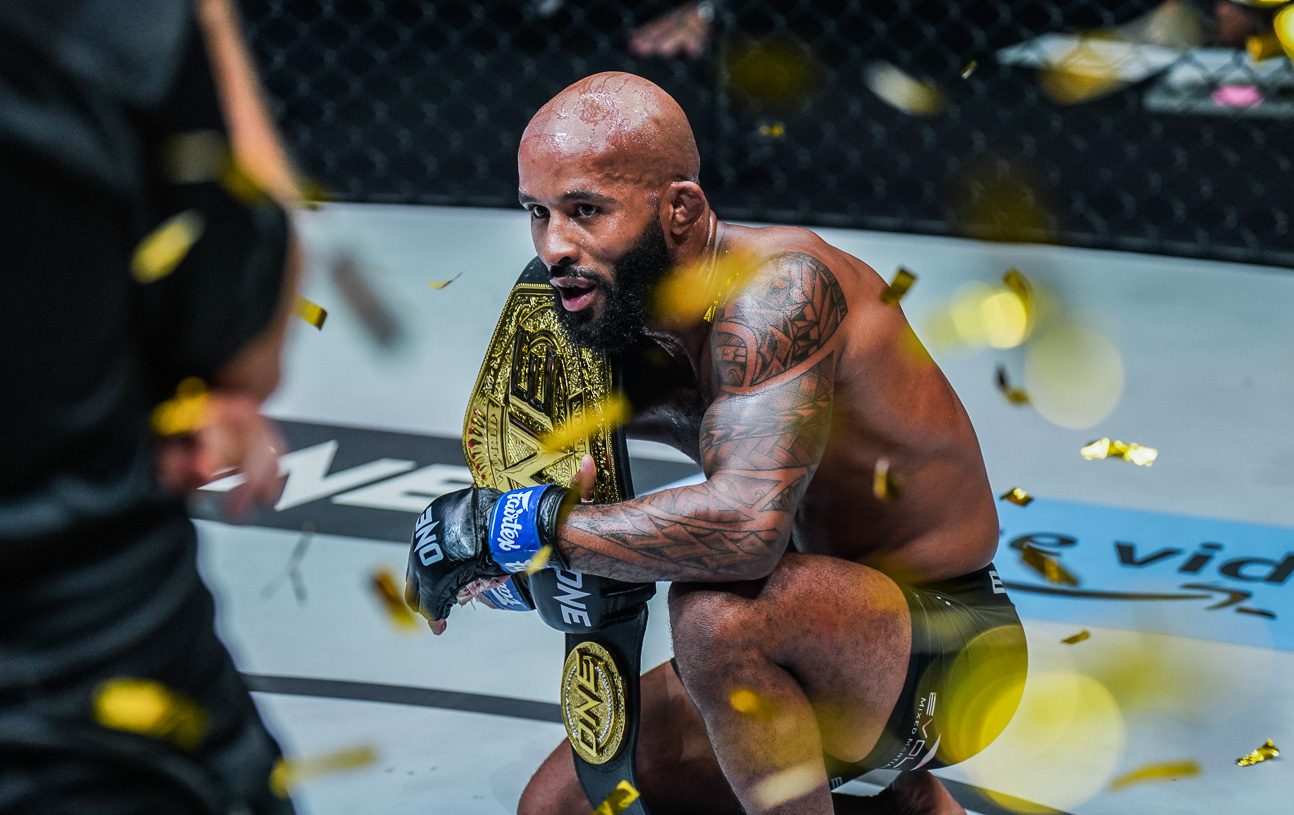 CHAMPION. Demetrious Johnson adds another feather to his cap by bagging a ONE Championship title.

MANILA, Philippines – Demetrious “Mighty Mouse” Johnson proved that he is still on the top of his game and he did so in style.

The man who many consider as the greatest mixed martial artist of all time finally added the ONE Championship flyweight world title to his illustrious collection after knocking out erstwhile champion Adriano “Mikinho” Moraes in the main event of ONE Fight Night 1 on Saturday, August 27, at the Singapore Indoor Stadium.

Not only did “Mighty Mouse” avenge the first knockout loss of his career by beating “Mikinho,” the finish was equally as poetic.

Johnson pulled off a pinpoint knee to a rocked Moraes to finish the Brazilian off, similar to how he lost to Moraes the first time they met.

The finish came in the 3:50 mark of the fourth round and it was an outcome Johnson will savor extra for sure.

“I get beat up in the gym all the time, after I lost to him. This is the first one where I thought, ‘I need this one back,'” Johnson said after the bout.

To get there, Johnson had to survive an early onslaught from Moraes as he got clipped with a head kick – which the American followed with some huge knees on the ground. Johnson, however, stayed active on the bottom position and began to work Moraes from there.

It was a highly physical encounter from then on with a lot of clinching and transitions, but as the fight went on, it was clear that Johnson was starting to get his rhythm – evident in the big third round where he utilized his boxing to frustrate the former champion.

The finish came a round later when Johnson stunned Moraes with a powerful overhand right and after seeing his rival wobble, he finished it off with a huge knee to put the final writing in the rematch.

In the co-main event, ONE bantamweight muay thai champion Nong-O Gaiyanghadao made short work of the tough Liam Harrison to continue his streak of dominance in the striking world.

Nong-O targeted the lead leg of the Englishman from the start, and when Harrison hit the canvas for the second time, it was apparent that he was not getting up no matter how much he wanted owing to the damage that the Thai did to his leg.

The finish came in the 2:10 mark of the first round for the Evolve MMA star, padding his world title defense to six straight wins now. – Rappler.com