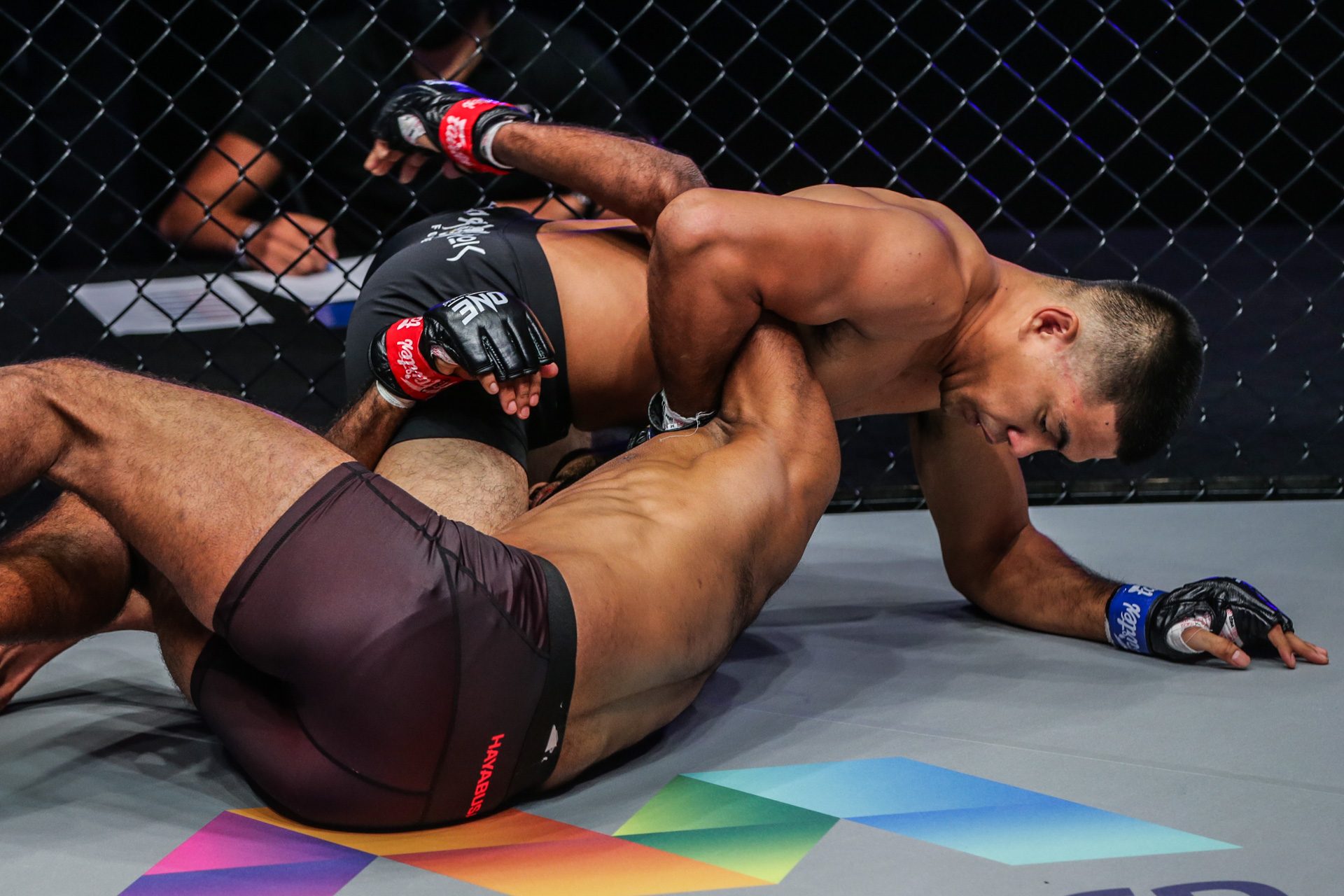 MANILA, Philippines – Drex “T-Rex” Zamboanga (9-5) looked confident in the cage in his lightweight debut as he opened the night with a vicious KO against his Indian foe Rahul “The Kerala Krusher” Raju (8-7) in ONE Championship: Full Circle on Friday, February 25 at Singapore Indoor Stadium.

Zamboanga,  who kicked off his ONE Championship stint in the flyweight division, quickly displayed his newly found power and put Raju to sleep with a sneaky right uppercut in the opening round.

“I’ve been preparing for almost two years,” Zamboanga said after the fight. “It’s not easy to move from flyweight to lightweight because you need to train your speed and conditioning. But I moved to lightweight so I can have heavy hands, heavy strikes, and dominate the division.”

The Filipino striker made his ONE debut in August 2020 and submitted Detchadin Sornsirisuphathin in the second round.

Meanwhile, Team Lakay’s Jeremy “The Juggernaut” Pacatiw (10-5) ended on the other side of a knockout finish as he folded in the very first round against the No.4 ranked bantamweight fighter Fabricio “Wonder Boy” Andrade (7-2).

Pacatiw came out aggressive and made his right hand busy in the opening seconds of the bout. But Andrade caught the Filipino slacking and landed a slick left knee to the body that immediately sent Pacatiw to the ground.

“Everyone who trains with me knows how dangerous I am,” Andrade said. “I am the uncrowned king and everybody knows it. I want to thank [Pacatiw] because that guy is a warrior. He has my respect for taking this fight.”

Pacatiw came from a decision win against Rui Chen in his ONE debut, while Andrade continues to rise in the bantamweight rankings after picking up his sixth straight win.

In the co-main event, Ukrainian champion Roman Kryklia successfully defended his ONE light heavyweight kickboxing title as he knocked out Murat Aygun in the very first round.

In the clash of champions, Reinier de Ridder (15-0) retained his unbeaten record and his ONE middleweight title after dominating the ONE welterweight champion Kiamrian Abbasov (23-4) all throughout the fight.

De Ridder, who also holds the light heavyweight title, completely outclassed Abbasov with his grappling before ending the night with a hand and arm choke.