SHOWDOWN. Eduard Folayang (left) and John Wayne Parr figure in one of the most memorable matches at ONE X.

MANILA, Philippines – After two solid rounds, Eduard Folayang found himself on the defensive as John Wayne Parr threw one haymaker after another and looked for one clean shot that could give the Australian icon his 100th victory.

On this night, however, “Landslide” was determined not to let “The Gunslinger” ride off into the sunset.

The Filipino megastar survived a late onslaught from the 45-year-old icon to earn a unanimous decision in one of the most memorable matches at ONE X last Saturday, March 26. 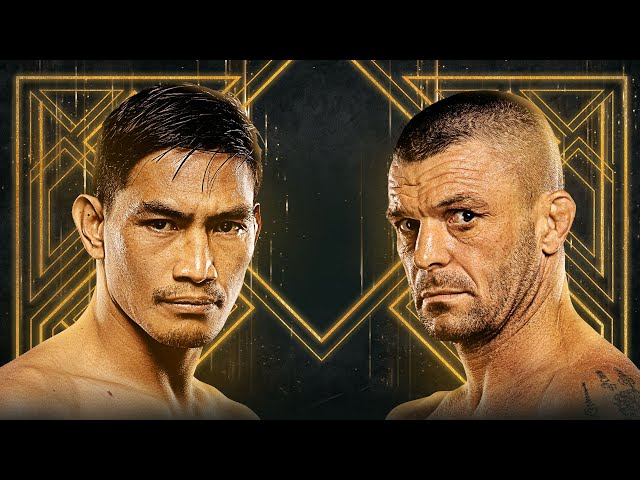 Although he faced an opponent who was past his prime, Folayang expected nothing less from a proud champion with three decades’ worth of experience in muay thai and kickboxing.

“I knew he’d been hunting me. I knew that he’d turn on the pressure, but it’s a mental game [where] you either crumble or find ways to be able to get back,” the Team Lakay veteran said.

Despite being rocked in the third stanza, the former ONE Lightweight World Champion showed promise as he battled it out in a matchup using ONE Super Series Muay Thai rules.

He looked revitalized, as he threw one spinning kick after another and ran circles around the slower Parr. For the natural stand-up fighter, it was a relief to just concentrate on his wushu tricks for a change.

“In mixed martial arts, we have to focus on a lot of aspects in order to determine the game plan of the opponents. This time I only focused on one thing – the striking department,” Folayang said.

“That’s the bread and butter of Team Lakay, and I’m thankful that I was able to execute whatever skills I have in my arsenal.”

While “Landslide” plans to give MMA another shot, he’s not closing his doors on another muay thai bout.

And if he does return to ONE Super Series, he only wishes to face one guy.

“I still have a purpose in mixed martial arts, but if they want to do karate versus wushu, I’d probably go with Sage [Northcutt]. Why not?” Folayang said.

“He’s a karate guy and I’ll be representing wushu, maybe we can fight in muay thai rules.” – Rappler.com