Facebook Twitter Copy URL
Copied
‘I know I’ll come in as a heavy underdog, but I believe I have the tools to beat Rodtang because I’ve been seeing holes in his game,' says Team Lakay star Lito Adiwang

ONE Flyweight Muay Thai world champion Rodtang “The Iron Man” Jitmuangnon responded to the challenge of Lito “Thunder Kid” Adiwang after a surprising callout from the Team Lakay star.

Adiwang put Rodtang on notice last week, challenging the charismatic Thai to a ONE Super Series crossover showdown, which certainly raised some eyebrows among fans and peers alike.

“I’m really willing to fight him – 1,000 percent. I’ll cross over to ONE Super Series if they give me Rodtang. I know I’ll come in as a heavy underdog, but I believe I have the tools to beat Rodtang because I’ve been seeing holes in his game,” Adiwang said.

“I’ve seen the clamor of our fans to see this fight, but it’s not just them, it’s me. I really want this fight, and I really believe that when we face each other, we can bring out an exciting match. I’ll be at my best because I know I can do it once I face Rodtang.” 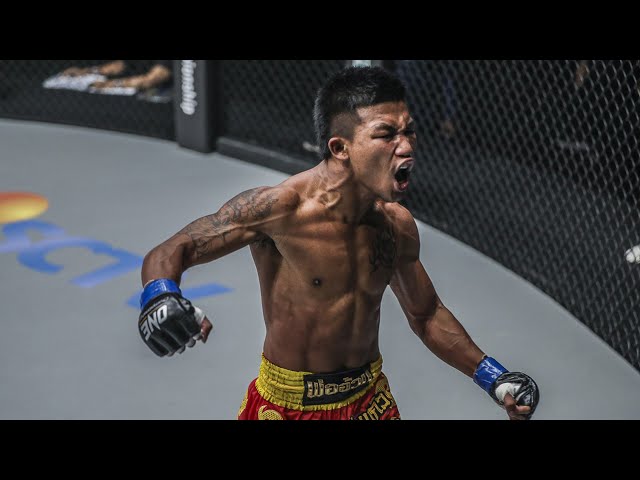 Among the eyebrows raised were Rodtang’s, especially after Adiwang claimed to have the blueprint to beat him.

That’s a bold claim considering 10 athletes have tried to no avail to solve the Rodtang puzzle on the ONE Championship stage.

“If Lito thinks he has some tricks to beat me, then I welcome him to meet me,” Rodtang told ONEFC.com.

There are things that need to be considered if they meet, though, particularly with the division they’ll be competing in.

Rodtang is currently competing in the flyweight division, which is at 61.2 kilograms, while Adiwang, a strawweight, is in a lower weight class at 56.7 kilograms.

If they agree upon a weight class, then it’s all about figuring out which ruleset they’ll be competing under – and to double-down on Adiwang’s challenge, Rodtang offered to compete in the Filipino’s sport.

“It depends on the weight, whether he will come up in weight or if I will go down,” Rodtang said.

“It also depends on the rule set, whether it is Muay Thai, kickboxing, or MMA. If it were MMA, then I would like to have time to train – at least one year.” – Rappler.com