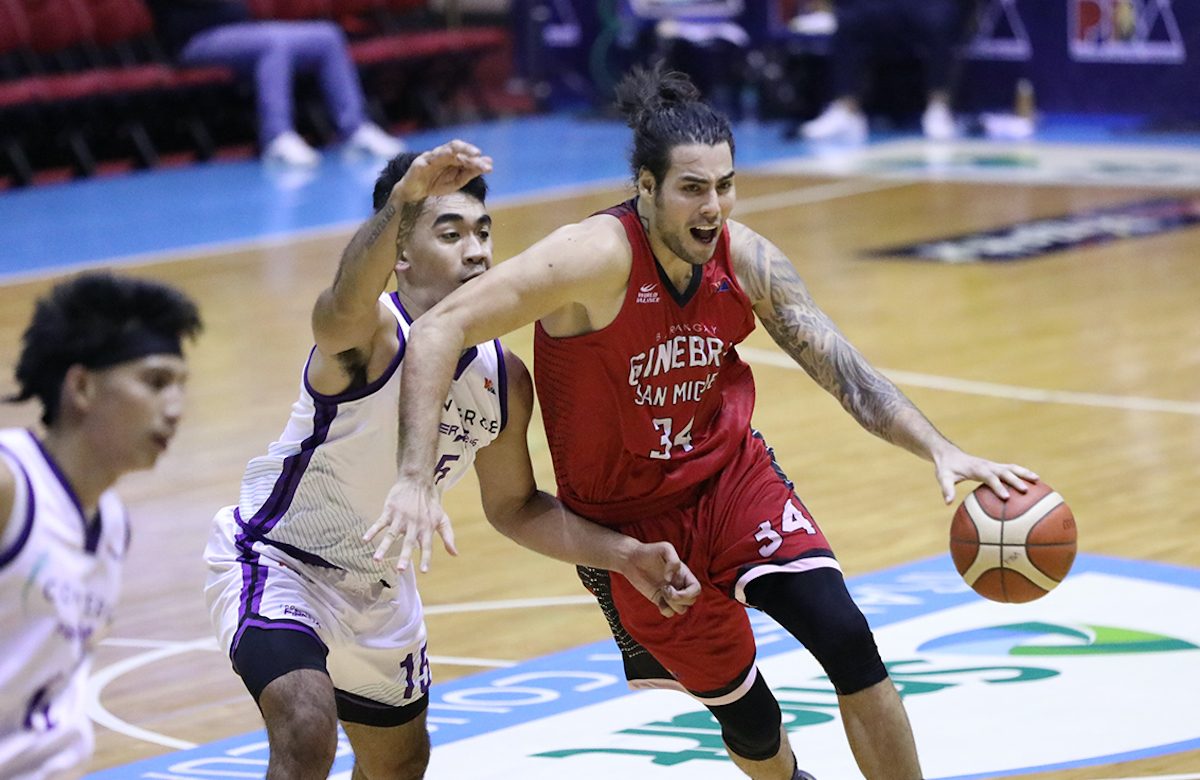 RESCHEDULED. Barangay Ginebra will have a delayed debut in the PBA Commissioner's Cup.

MANILA, Philippines – A packed slate of sports action has been shelved as several sports leagues on Sunday, September 25, postponed their games due to Super Typhoon Karding.

The PBA, NCAA, and Shakey’s Super League opted to reschedule their matches after the Philippine Atmospheric, Geophysical, and Astronomical Services Administration (PAGASA) put Metro Manila under Signal No. 3.

Barangay Ginebra and Meralco were supposed to debut in the Commissioner’s Cup on Sunday against Converge and NLEX, respectively, but the PBA announced that the games will be moved to a later date.

The PBA matches were set to be staged at the Mall of Asia Arena, which is near the Manila Bay.

Also canceled by the PBA was the Third Leg of the second PBA 3×3 season at the Robinsons Place Antipolo scheduled on Monday and Tuesday.

Meanwhile, the NCAA postponed its Season 98 doubleheader pitting JRU against St. Benilde and San Beda versus Lyceum at the FilOil EcoOil Center in San Juan.

Serving as a preseason volleyball tournament, the Shakey’s Super League called off all of its four games slated at the Rizal Memorial Coliseum.

The Shakey’s Super League had Letran going up against San Beda, EAC facing Adamson, UST tangling with Lyceum, and UP battling Mapua.

Although yet to kick off, the UAAP postponed its Season 85 press conference scheduled on Monday.

Super Typhoon Karding is expected to make landfall Sunday evening, with PAGASA saying it has maximum sustained winds of 195 km/h near the center and gustiness of up to 240 km/h. – Rappler.com