Metro Manila to be placed under curfew during lockdown

Mar 14, 2020 12:02 PM PHT
Rambo Talabong
Facebook Twitter Copy URL
Copied
(3rd UPDATE) The DILG says local legislative councils are expected to pass the ordinances on the curfew – which is from 8 pm to 5 am – by Monday, March 16 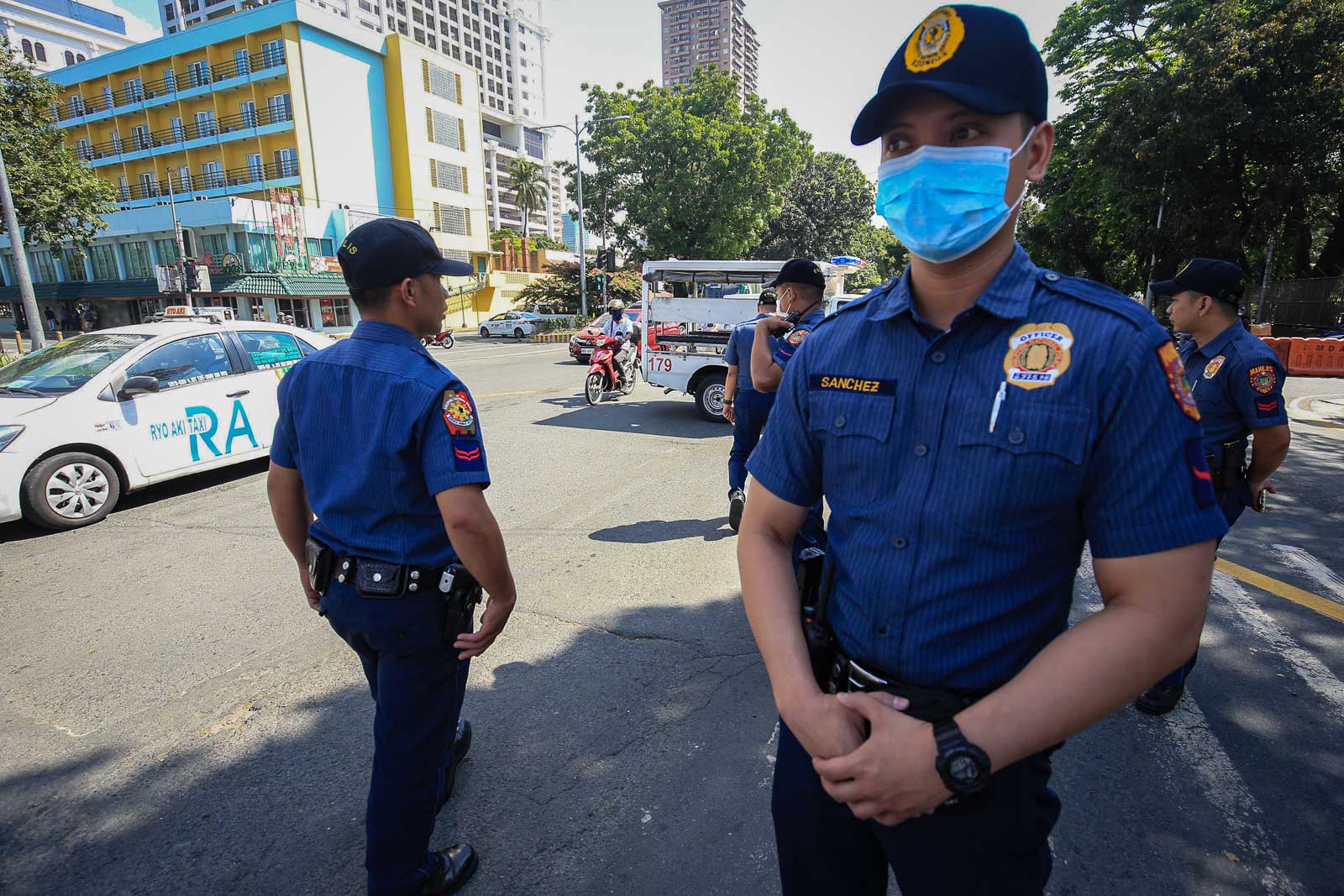 MANILA, Philippines (3rd UPDATE) – Metro Manila would be placed under curfew from 8 pm to 5 am, after Local Legislative Councils in the capital region pass the needed curfew ordinances to enforce it, the Department of the Interior and Local Government (DILG) said.

DILG Undersecretary Jonathan Malaya said on Saturday, March 14, that the ordinances were expected to be passed on Monday, March 16.

Malaya made the clarification in response to reporters’ questions on Saturday, March 14, after Metropolitan Manila Development Authority General Manager Jojo Garcia said in a news briefing that the curfew would coincide with the region-wide lockdown and begin on Sunday, March 15.

“The legal basis for the curfew are the ordinances, and the mayors agreed to issue these on Monday,” Malaya said.

Garcia said that the Metro Manila Council (MMC), which has among its members the 17 Metro Manila mayors, approved the curfew proposal to be imposed beginning Sunday. He said the curfew imposition is meant to keep people at home instead of just hanging out in public places, which would defeat the purpose of the lockdown. (READ: What we know so far: The Metro Manila coronavirus lockdown)

During the news briefing with the MMDA, San Juan Mayor Francis Zamora read the resolution passed by the MMC, but the resolution did not cite any dates for the start and end of the curfew imposition, apparently since this would depend on when the ordinances are passed.

“Mayors of NCR, acting in unity with the National Government, in order to preserve and protect the lives and health of their constituents, do hereby declare and promulgate, acting as one body in the Metro Manila Council, STRONGLY RECOMMEND to all Local Legislative Councils of the NCR to issue ordinances for CURFEW from 8:00 pm to 5:00 am subject to their necessary guidelines as they deem necessary,” read the resolution.

During the same Saturday briefing, Interior Secretary Eduardo Año said the curfew ordinances will ban “non-essential movements, and that exemptions include workers and “essential” movements of supplies and medical teams.

Año said people would be exempted from the curfew if they had to work, if they are seeking medical help, and if they are buying food, supplies, and other essentials.

He urged religious groups who hold ceremonies during the proposed curfew hours to adjust their schedules.

He added that imposing curfew was a necessary measure to prevent the rise of coronavirus cases.

Responding to questions, Año said anyone found during curfew hours would be asked to go home, and if they refuse, they would be arrested.

During the briefing, the MMC also passed a resolution urging LLCs to pass ordinances ordering the temporary closure of malls to help stem the spread of the disease.