Abu Tratter plays through for Converge despite recent death of father 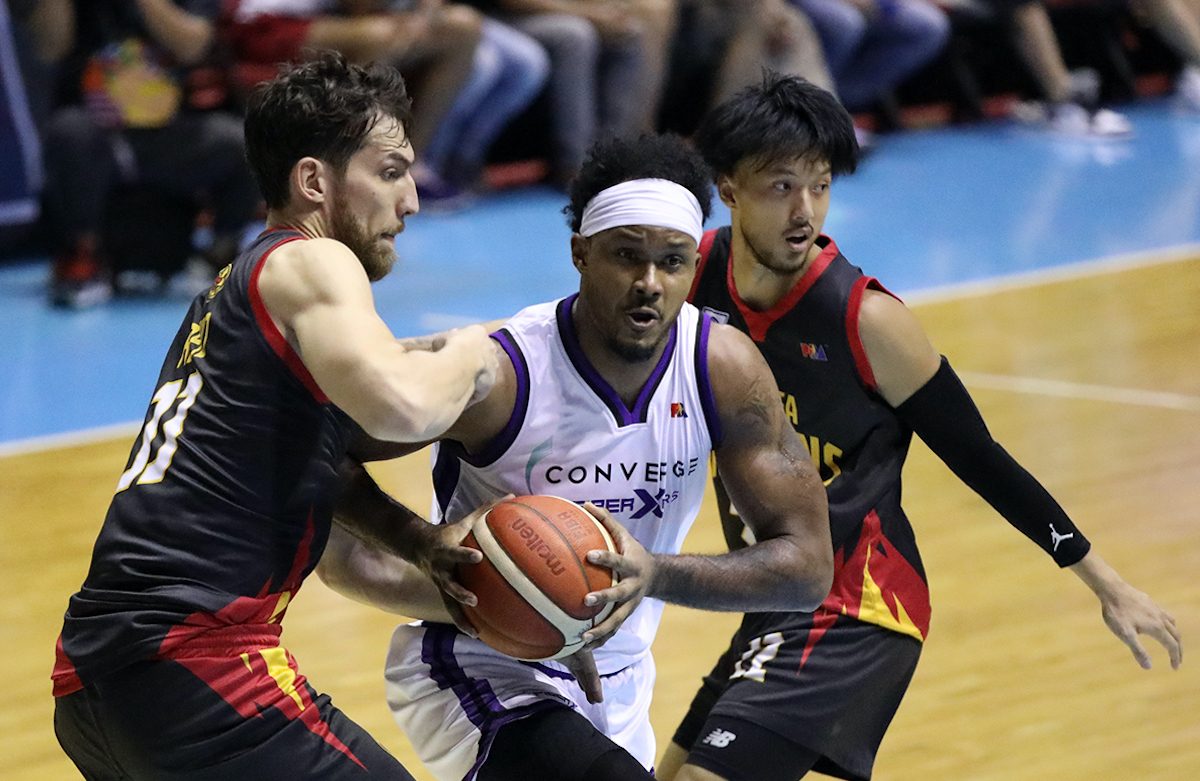 LOVED ONE. Abu Tratter still posts solid numbers for Converge despite grieving for his late father.

MANILA, Philippines – Even in the loss of a loved one, Abu Tratter chose to play.

Tratter endured the emotional pain following the death of his father in the United States as he saw action for Converge in a 106-100 loss to Bay Area in the PBA Commissioner’s Cup on Friday, October 7.

FiberXers coach Aldin Ayo consoled Tratter after the game as the rookie PBA mentor sympathized with his former player at La Salle, with his own mother suffering from cancer.

“Abu’s father died yesterday,” Ayo said in a mix of Filipino and English. “I’m close to his father when I was at La Salle. I always talked to him and he entrusted Abu to me because he was always in the States.”

Tratter still put up solid numbers in the loss, recording 7 points, 9 rebounds, 3 steals, and 1 block in 27 minutes of action.

Now that Converge has a one-week break before it faces Meralco on October 15 at the Araneta Coliseum, though, Ayo said Tratter should be with his family as he grieves.

“The only problem is Abu is alone here. I told him to ask his relatives in Laguna to accompany him. I said I’ll free up my schedule tomorrow to be with him,” Ayo said.

“It is hard to lose a parent and you’re alone. Abu was very close to his father.”

Losing Tratter after back-to-back losses would be a major blow for the FiberXers if he opts to return to the United States, but Ayo said the team will respect his choice.

“It was Abu’s decision to stay here and play. But if he decides to go there, of course, family is our priority. But it’s up to him.” – Rappler.com