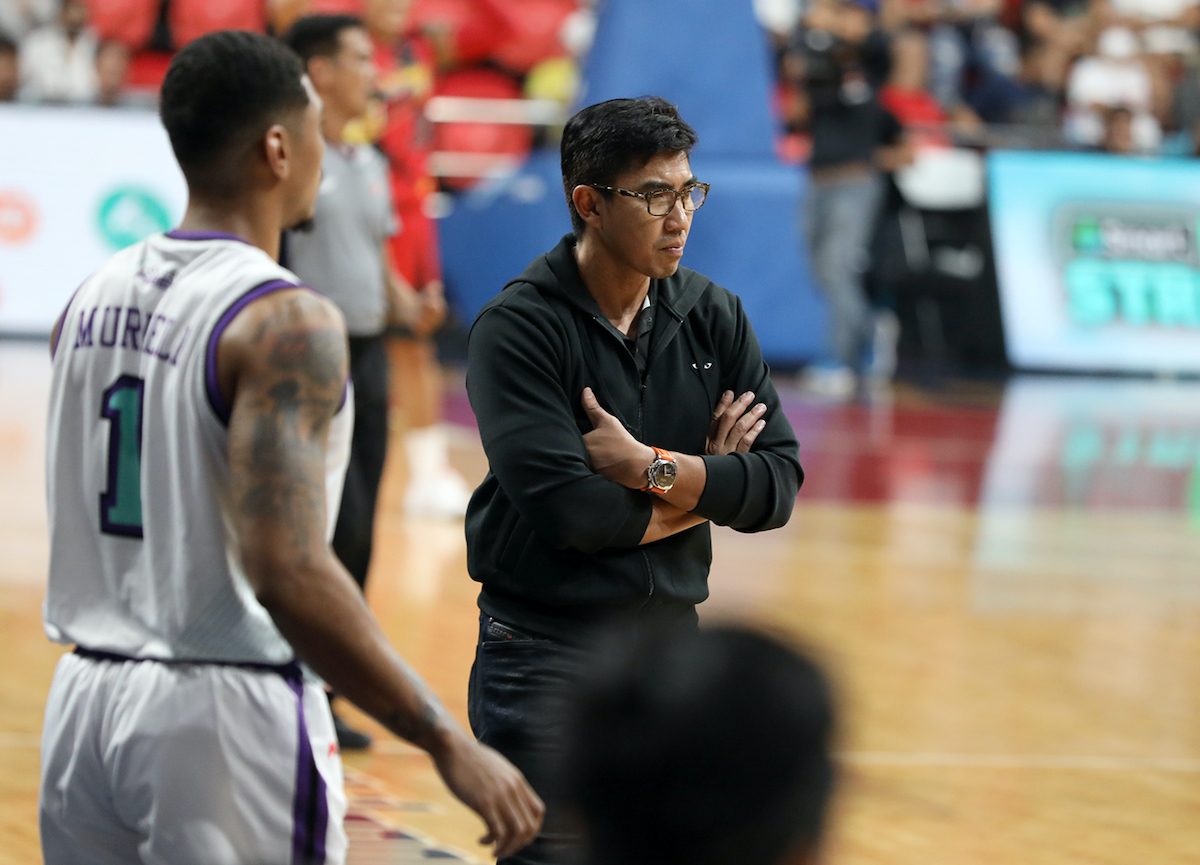 BUILDING A CULTURE. Aldin Ayo says Converge has a ways to go from being a fundamentally sound team.

MANILA, Philippines – Converge head coach Aldin Ayo said he stands by his decision to bench Quincy Miller in a recent loss that fans feel triggered the FiberXers’ downfall after a magical run.

Converge rode on a blistering seven-game winning streak before it fell prey to NorthPort in a setback where Ayo opted to sideline Miller after the import failed to show up in practice on time for “overextending” his birthday celebration.

That defeat started the FiberXers’ downward spiral as they lost their last four games of the conference and crashed out of the quarterfinals.

Converge bowed to Barangay Ginebra in its final game of the elimination round to settle for the fourth seed, arranging a quarterfinal date with defending champion San Miguel, which swept their best-of-three affair.

“The very reason why we compete is because we prepare,” Ayo said in a mix of Filipino and English after their 120-107 loss to the Beermen on Saturday, December 10.

“If you take away that, how will you compete? That is crucial, especially if you’re coaching a young team.”

Ayo added his decision to sit out Miller received the stamp of approval of the FiberXers management, including team owner Dennis Uy.

“They supported that because that is the culture we want to instill in this team,” Ayo said.

For Ayo, Converge simply has a ways to go from being a fundamentally sound team since he came on board as head coach in August.

Ayo said while the FiberXers enjoyed success during their sizzling run, he noticed the team veered away from the system he and his coaching staff put in place.

“Even though we were winning, the level of our play was deteriorating… because what we wanted to do was not being absorbed. Our goal was to become fundamentally sound, to come back to basics,” said Ayo.

“We know come playoffs, we will bank on the basics, the fundamentals.”

Still, Ayo holds his head high as he wrapped up his first conference with Converge.

“I’m proud of our players even though we fell short. I believe they did their best also,” Ayo said. “But obviously, everything that we did, it was not enough.” – Rappler.com