Aljun Melecio flourishing since reunion with Aldin Ayo at Converge 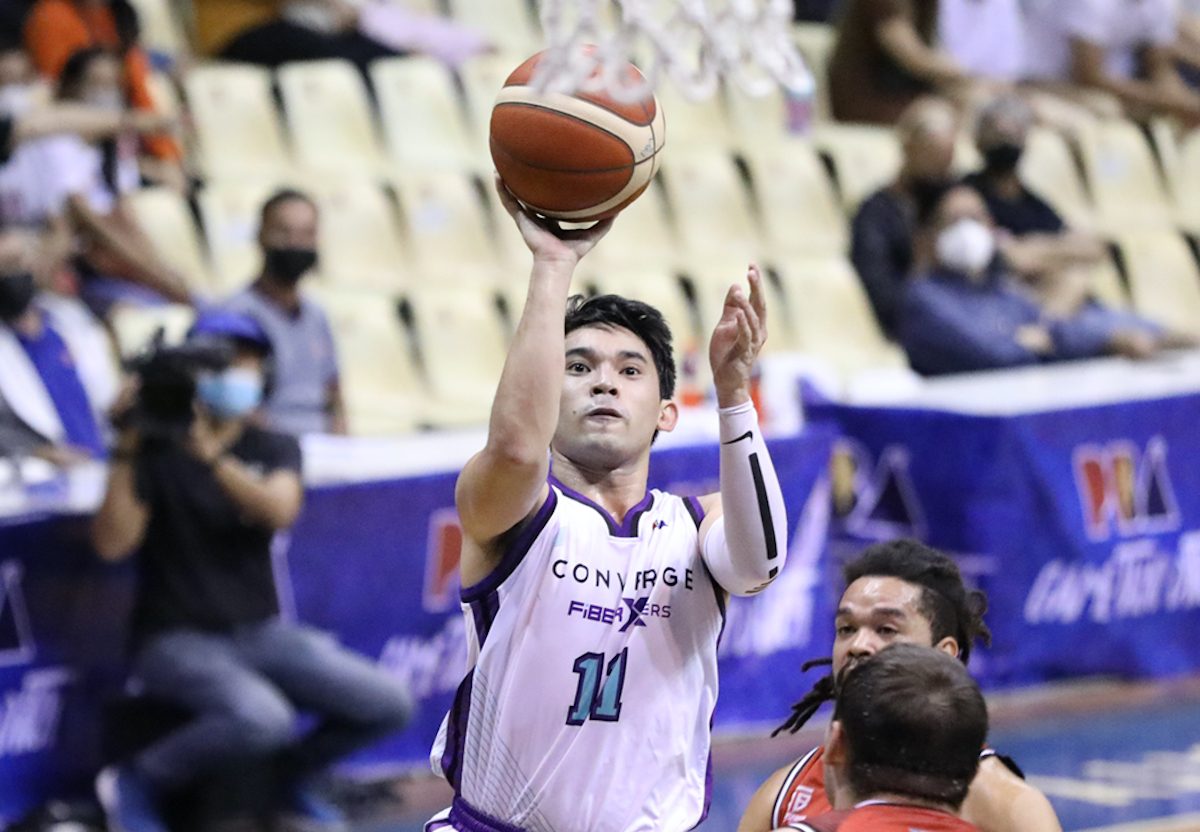 That addition has worked wonders for the new PBA club as Melecio keyed Converge to its fifth straight win in the Commissioner’s Cup after a 108-84 thrashing of NLEX on Saturday, November 5.

Melecio fired a career-high 24 points to go with 6 assists and 5 rebounds to lead the way for the FiberXers, who cruised to their most lopsided victory of the conference despite the second-quarter exit of import Quincy Miller.

For the diminutive guard, his stellar play has a lot to do with his reunion with Ayo, his coach back when he still played for La Salle in the UAAP.

“I’m looser now with the way I play,” Melecio, who saw action for Phoenix in his first three conferences in the PBA before he got traded, said in a mix of Filipino and English.

“I know that even if I make mistakes, coach still trusts me. That is a big factor why I’m playing like this,” Melecio added.

Ayo has unleashed Melecio the same way he used to when they helped the Greer Archers win a UAAP title in 2016.

In their last four games, Melecio averaged 16.3 points, 4 assists, and 2.3 rebounds as Converge improved to 6-2 to tie guest team Bay Area for second place in the team standings.

On Saturday, Melecio showed he can also close out games, firing 13 points in a crucial 19-8 run in the fourth quarter that allowed the FiberXers to pull away after the Road Warriors sliced a 26-point deficit to just 10 points.

“We really have to give credit to the players because they’re making the coaching staff look good out there,” said Ayo.

“They’re executing and playing well. They’re loose. Even though they’re playing to the best of their individual capabilities, they’re still within the system. Hats off to our players.”

Converge looks to preserve its winning streak in a marquee matchup against Phoenix, another team with five straight victories, on November 9 at the Araneta Coliseum. – Rappler.com