Maliksi to play in Game 6 despite face injury, Black to return for Meralco 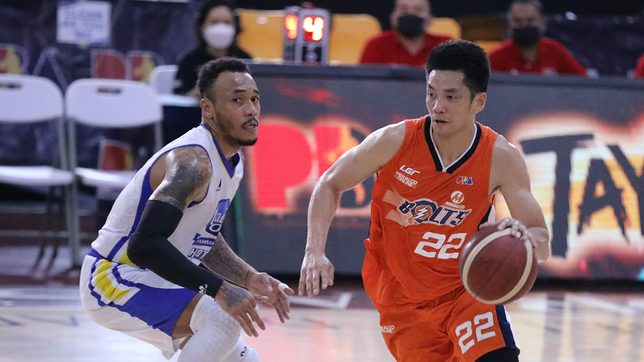 A fractured cheekbone will not keep Allein Maliksi out as Meralco tries to live another day in its PBA Philippine Cup semifinals series against Magnolia when they meet in Game 6 on Friday, October 15.

Bolts head coach Norman Black said Maliksi opted to suit up in Game 6 despite the injury, which he suffered in their 102-98 win in Game 5.

“He fractured a bone on his cheek. He was fitted with a protective mask today and he indicated that he wants to play,” Black told Rappler.

Maliksi is expected to be a major offensive contributor in Game 6 as Meralco seeks to level the best-of-seven affair at 3-3 after he unloaded a conference-high 29 points in Game 5.

Averaging just 5.3 points in the first four semifinals games, Maliksi ended his shooting slump in Game 5 by hitting 7-of-8 from three-point land.

The Bolts are also set to welcome back sophomore guard Aaron Black, who will see action again after getting sidelined for almost an entire month due to an injured right hand.

Prior to his injury, the younger Black averaged 5.9 points and 2.9 rebounds.

More good news for Meralco is the improving fitness of big man Raymond Almazan, who returned from a two-game absence after sustaining a sprained right ankle in Game 2.

Almazan played a key role in Game 5, tallying 9 points, 10 rebounds, and 1 block in the win that kept the Bolts in the running.

“It is a do-or-die and we just want to fight another day,” the older Black said. – Rappler.com