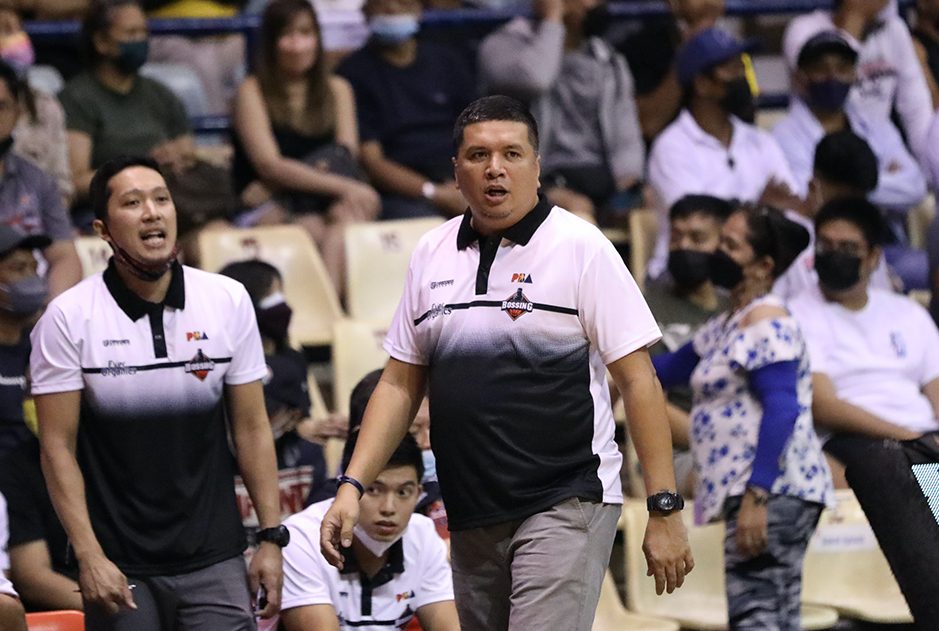 PROMISING START. Finishing with just one win last season, Ariel Vanguardia and Blackwater are off to a great start in the Philippine Cup as they tote a 2-1 record.

MANILA, Philippines – Ariel Vanguardia apologized to Pido Jarencio but took offense to his foul language as an altercation between the two coaches marred the end of the Blackwater-NorthPort clash on Saturday, June 18.

Jarencio bumped Vanguardia during the customary shaking of hands over a late timeout in a 97-90 win the Bossing pulled off to deal the Batang Pier their second straight loss in the Philippine Cup.

Blackwater called time with 6.6 seconds left in an attempt to pad its lead but did not take a parting shot, much to the displeasure of Jarencio, who needed to be held back as he confronted Vanguardia.

Cooler heads prevailed, with players and deputies from both sides stepping in between the two tacticians.

“I have high respect for coach Pido. My parents taught me to be magnanimous in victory. Maybe his feelings got hurt because of the timeout,” said Vanguardia in a mix of Filipino and English.

“But I had to do what I had to do. I wanted us to score but we did not have an opportunity. But it does not take away the efforts that my players gave.”

“When the coaches had a meeting, I think the other coaches can attest to that, [coach Pido] said that we should not be upset by timeouts in the endgame,” said Vanguardia.

“(Converge coach) Jeffrey Cariaso was there, (Magnolia coach) Chito Victolero was there.”

While he is sorry for the commotion, Vanguardia cried foul over expletives blurted out by Jarencio.

“I love my mom. Every victory, I miss her because she already passed away. My only request is that he does not curse at my mom,” Vanguardia said. “I’m very emotional when it comes to my mom. I’m very close to my mom.”

“Coach Pido, sorry if I offended you. I apologize if we did not take a shot in the last possession. I still apologize. But I did not curse at you because I have high respect for you.”

Finishing with just one win in a forgettable campaign last season, the Bossing are off to a great start as they tote a 2-1 card. – Rappler.com