Taulava no final decision yet on PBA retirement 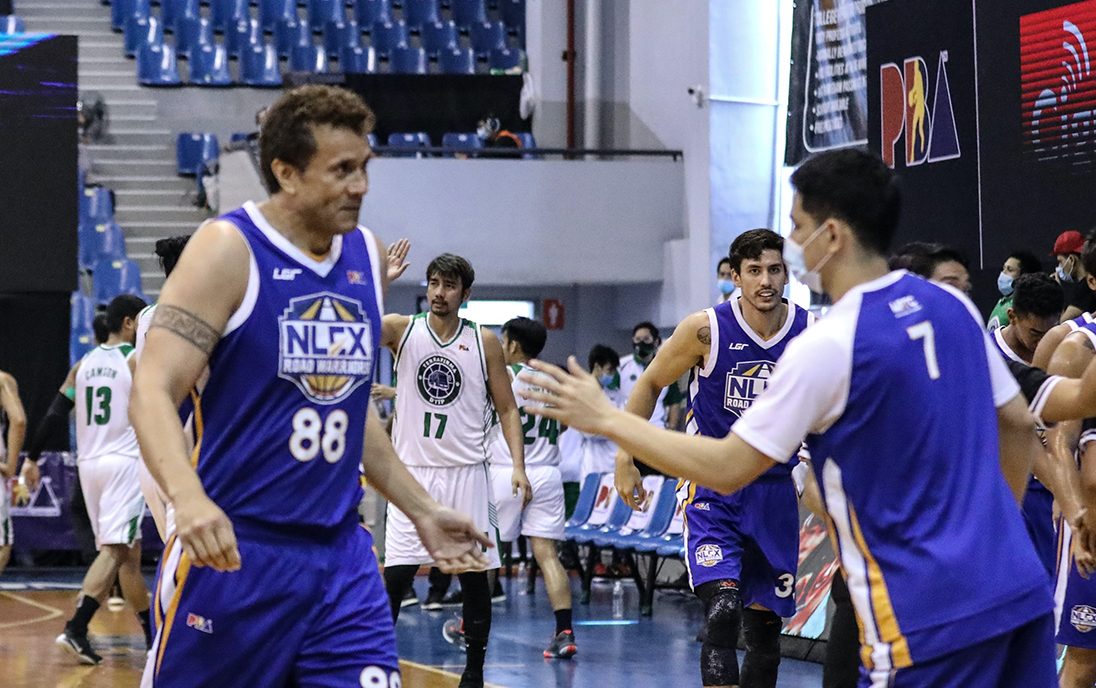 THE ROCK. Asi Taulava proves he can still play with an 11-point, 4-rebound, and 3-block outing for NLEX.

Facebook Twitter Copy URL
Copied
'I'm happy just being on the team [doing] whatever is asked of me to do,' says Asi Taulava, who started his PBA career in 1999

NLEX veteran Asi Taulava has yet to decide on his retirement after playing what could be the final game of his decorated PBA career that spanned for more than two decades.

Taulava chalked up 11 points, 4 rebounds, and 3 blocks as NLEX ended its campaign in the Philippine Cup with a 127-101 thrashing of Terrafirma on Wednesday, November 11.

“Everything depends on management. I’m happy just being on the team [doing] whatever is asked of me to do,” said the 47-year-old Taulava, who started his PBA career in 1999.

“Other than that, just got to wait, talk to my management first before I make any final decisions,” he added.

Taulava is believed to be hanging up his spurs this season after he and fellow team veteran Cyrus Baguio both signed a one-conference deal with NLEX earlier this year.

“Well before this game, my understanding was he was set for retirement,” said NLEX head coach Yeng Guiao.

“I think management will make that decision. We will consult. But from what I understand, as of our last conversation, it was still retirement for Asi. That was my understanding. Only he can answer that question.”

But Guiao said it might not be the end of the road for Taulava, especially with the way he played against Terrafirma.

Taulava suited up for only 3 games in the entire conference and his performance against Terrafirma is easily his best.

“The problem is he had a good game. He will probably ask for a two-year contract,” Guiao said in jest in a mix of Filipino and English.

If Taulava chooses to retire, he will draw the curtains on a storied career that saw him earn a spot in the 40 Greatest PBA Players list.

The first player in PBA history to play in 4 different decades, Taulava won a PBA championship and an MVP award and got named to the Mythical First Team a total of 4 times. – Rappler.com