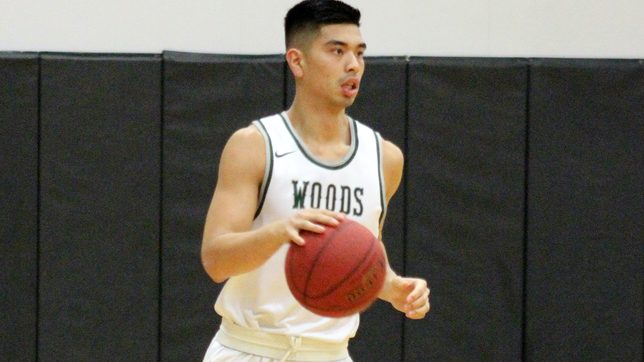 Facebook Twitter Copy URL
Copied
Although a little-known prospect from the United States, Brian Enriquez has attracted the interest of Barangay Ginebra

Brian Enriquez got his wish in the PBA Draft: to be part of a winning team.

The 25-year-old guard will immediately get a crack at winning a title as he joins Barangay Ginebra, which will defend its Philippine Cup throne in the upcoming PBA season.

“I was going to the PBA with the expectations to be part of a winning culture,” Enriquez told Rappler.

“My ultimate goal is to win championships.”

Although a little-known prospect coming out of William Woods University in the United States, Enriquez attracted the interest of Ginebra after working out for the team.

In fact, Ginebra traded sophomore guard Jerrick Balanza and its rights to the No. 24 pick to NorthPort to move up to the draft at No. 13.

After taking Ken Holmqvist at No. 12, Ginebra used that No. 13 selection to nab the 6-foot-3 Enriquez as the first pick in the second round.

“I had a feeling when the trade went down. I had a little bit of a hint but I did not want to just assume,” Enriquez said.

“They did not tell me they were going to pick me but they definitely expressed their interest in me, which gave me a good feeling.”

Getting picked in the draft, though, is just the first step.

The Filipino-American needs to fight for his spot in a team that is loaded from top to bottom, especially with the addition of former Best Player of the Conference Christian Standhardinger.

Also, Ginebra boasts of one of the most talented and battle-tested backcourt units in the PBA in the form of Stanley Pringle, LA Tenorio, Scottie Thompson, and Jeff Chan, to name a few.

“They can expect a player that is going to play hard and make the right plays. I’m a kind of player that prides myself on playing the game the right way,” Enriquez said.

“Wherever I fall in that lineup, I fall. But I believe in myself enough to where I put in the work so whatever the results are, I’m going to be okay with it,” he added.

Enriquez said he will fit just fine at Ginebra as a playmaker, if that is the role head coach Tim Cone intends to give him.

“I believe in my playmaking ability. There are a lot of great guys on the team. Being able to have such talent around me is going to be make my job easier,” Enriquez said.

“I consider myself a selfless player. I’m willing to do whatever it takes to win, not even for my own accolades. I want – when my career is done – that I have a couple of championships under my belt.” – Rappler.com