‘Not a crybaby’: Bay Area coach Goorjian angry at team, not refs after Game 3 loss 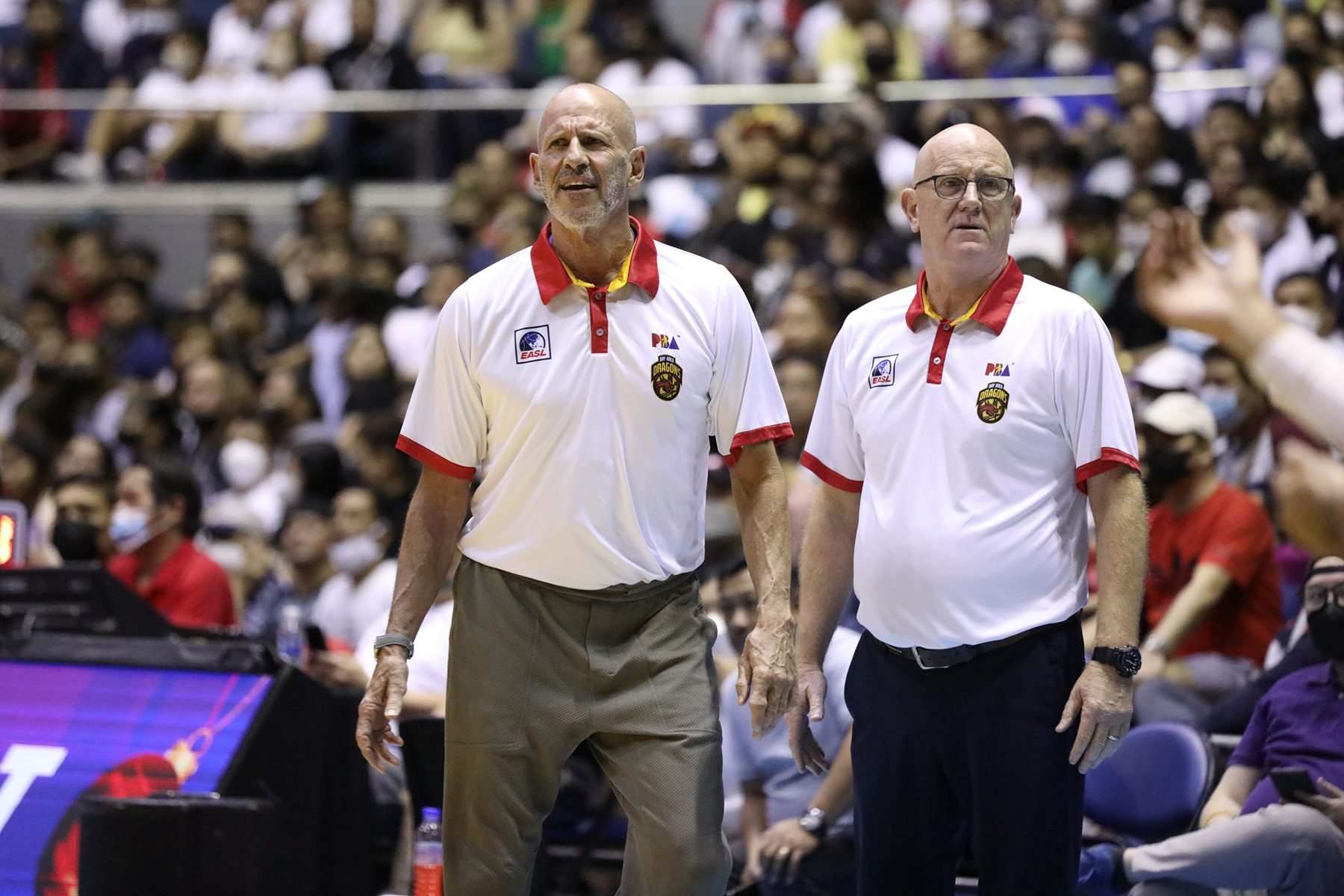 MANILA, Philippines – Bay Area head coach Brian Goorjian broke his silence in a big way after his Dragons equalized the 2022 PBA Commissioner’s Cup finals against Barangay Ginebra with a 94-86 Game 4 stunner without import Andrew Nicholson on Friday, January 6, at the jam-packed Mall of Asia Arena.

Fiery as ever, Goorjian hit back after PBA fans en masse called him out for declining a customary postgame interview after the Gin Kings’ controversial Game 3 win last Wednesday, January 4, and clarified that he simply didn’t want his anger at his team to spill over to the public.

“I’m not a crybaby. I coach on the sidelines. I’ll do anything as coach [Tim] Cone would do to win. I will do anything and everything I possibly can to protect my team. And when the game’s over, I look the man I competed against and I shake his hand,” he said.

In the immediate aftermath of Game 3, Goorjian told reporters, “I might say something you guys don’t want to hear” before walking away, right around the time his players Hayden Blankley and Myles Powell directly called out the officiating on social media which collectively cost them a P175,000 fine.

Facebook and Twitter were abuzz about the free throw discrepancy that allegedly skewed the game in favor of Ginebra, the PBA’s most popular team, and while Goorjian’s players had a lot to say about the officiating, he himself only focused his frustrations on one solid fact: they lost.

“I can’t remember being more angry than I was after the last game, so I kept my mouth shut to the media and to my team, and collected my thoughts,” Goorjian continued.

“After the game was over, I was angry at my team. I was angry at how I coached the game. I was disappointed, but I’ve never once come up here and said a negative thing about the PBA or the officiating, ever, and I never will. That’s a crybaby, and I’m not that. [I’m] brought up differently.”

Before wrapping up his postgame presser, Goorjian also apologized on behalf of Blankley and Powell after explaining to them how the PBA deals with criticisms on officiating.

“When you’re in a locker room, a lot of players – I’m sure their players too – feel when you lose, that emotion flows through you, and referees are always talked about. It shouldn’t have been done in social media. We apologize for it. It will never happen again.”

Bay Area, already having won without an import against a championship-caliber team like Ginebra, can again put its money where its mouth is with another win to take a 3-2 lead on Sunday, January 8, still at the Mall of Asia Arena. – Rappler.com