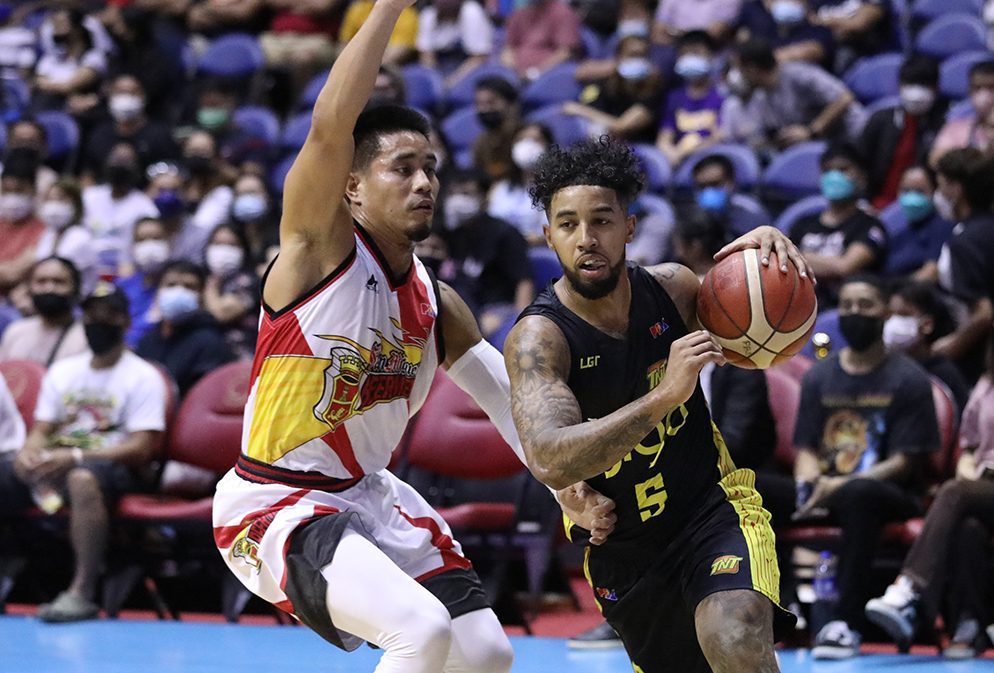 TOP SQUADS. TNT and San Miguel are among the favorites to represent the PBA in the EASL.

MANILA, Philippines – The PBA Philippine Cup champion is on a collision course with a familiar face in the East Asia Super League (EASL).

The All-Filipino kings will kick off the EASL tournament on October 12 with an away game against Korean Basketball League team Anyang KGC, which recently added Rhenz Abando to its roster.

Abando, an NCAA MVP and a Gilas Pilipinas member, signed with Anyang in June as he bid Letran goodbye after just one season.

The champion and the runner-up will represent the PBA in the EASL, where a total of eight teams – the others coming from the Japan B. League and Taiwan P. League+ – were divided into two groups.

Bunched in Group A, the PBA champion will go up against Japan’s Ryukyu Golden Kings on November 2 and Taiwan’s Taipei Fubon Braves on December 28 at home.

In the second phase of the double round-robin, the PBA champion will face Taipei again on January 11, Anyang on January 25, and Ryukyu on February 1 next year.

Meanwhile, the PBA runner-up will lock horns with the Dragons anew on October 26, Japan’s Utsunomiya Brex on December 7 and December 21, and Korea’s Seoul SK Knights on January 11 and 18 in Group B.

The top two teams from each group will advance to the crossover final four, with the winners playing for the grand prize of $1 million in the finale on March 5. – Rappler.com