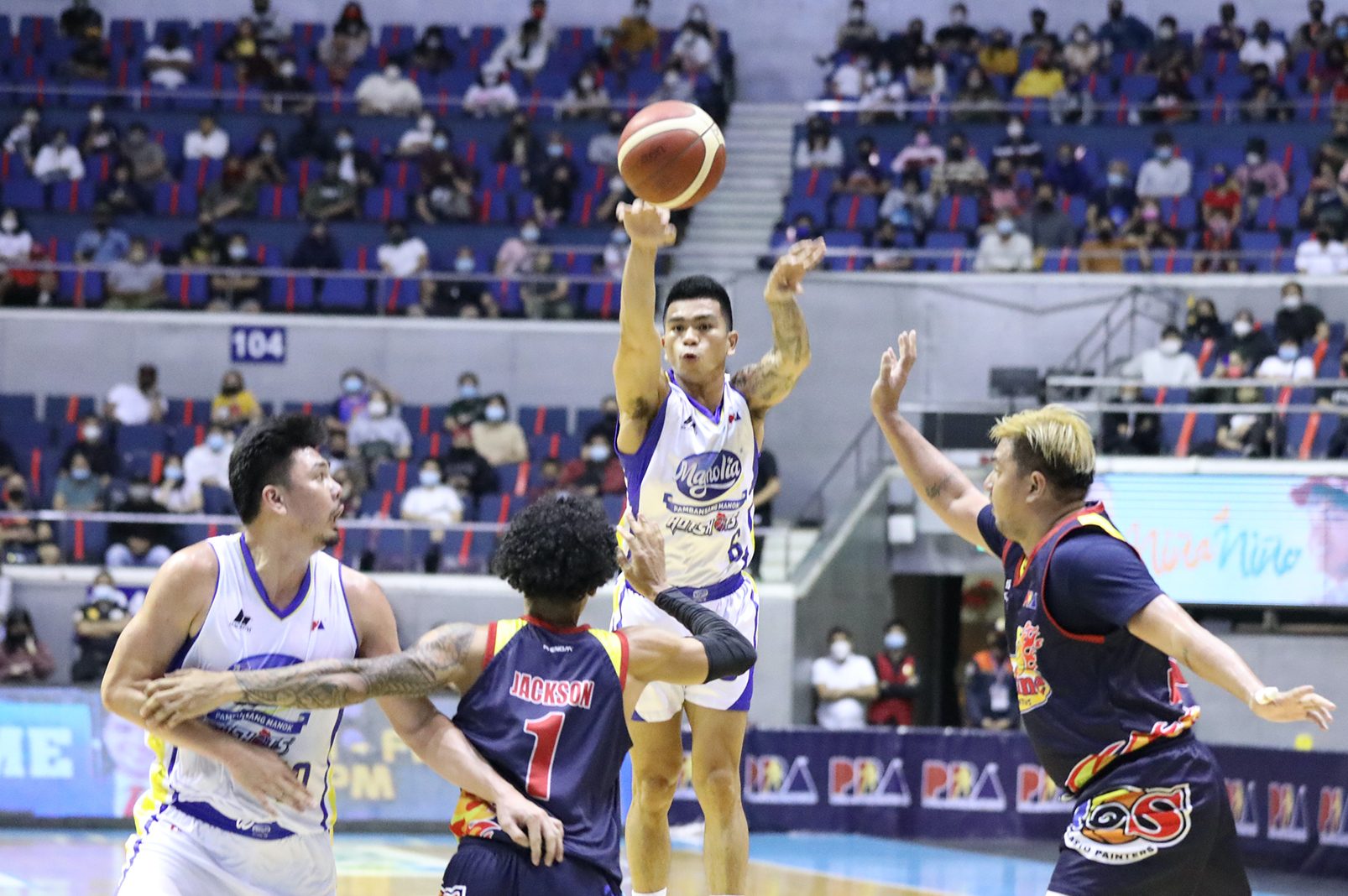 DO-IT-ALL. Jio Jalalon impresses across the board for Magnolia.

Facebook Twitter Copy URL
Copied
After putting a spate of controversies behind, Jio Jalalon regains his sharp form as he nets his first double-double in more than two years to help Magnolia roll to a 2-0 start

Magnolia head coach Chito Victolero feels glad Jalalon is gradually returning to his old form after the pesky guard powered the Hotshots to a 2-0 start in the PBA Governors’ Cup following a 109-98 win over Rain or Shine on Sunday, December 19.

Jalalon delivered 14 points, 10 assists, and 6 rebounds for his first double-double in more than two years.

“I’m very happy for Jio because during the bubble, it was on and off for Jio. There were a lot of games where he performed well, there were also times that he did not,” said Victolero in a mix of Filipino and English.

“I told Jio that he needs to be consistent because his contribution to the team is very vital.”

Jalalon saw a drop in his performance early in the previous Philippine Cup after being embroiled in controversy when his wife accused him of abuse and infidelity in April, and when he got fined and suspended by the PBA in July for playing in an unsanctioned league.

In his first three games in the all-Filipino tiff, Jalalon averaged just 5 points, 4 rebounds, and 2.3 rebounds before he found his groove, particularly in the playoffs, and helped the Hotshots reach the finals.

This time, though, Jalalon looks to have regained his sharp form early as he norms 11 points, 6.5 assists, 4.5 rebounds, and 2 steals to begin the Governors’ Cup.

“During his first three years, his contribution was always a double-double. So this was an old Jio Jalalon. Hopefully, he continues this kind of play. His assist-to-turnover ratio is getting better,” Victolero said.

“His energy and his aggressiveness on defense – those are the biggest factors that Jio provides the team.” – Rappler.com