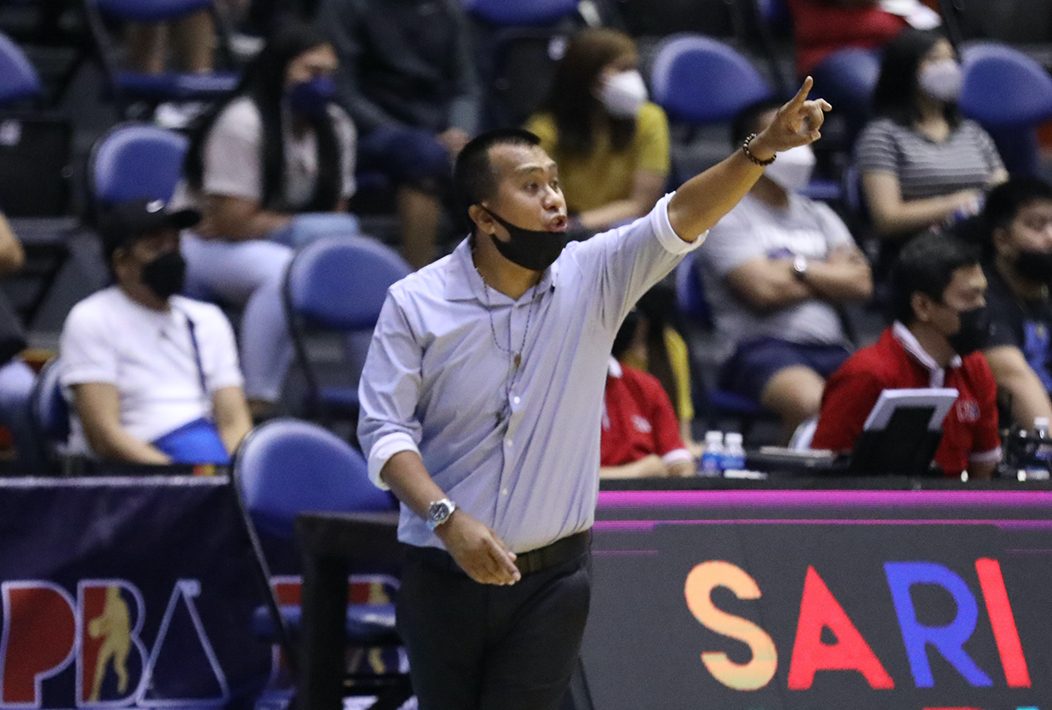 MANILA, Philippines – Chito Victolero blasted the officiating as a non-call prevented Magnolia from completing its fightback in a sorry 75-81 loss to Meralco in their PBA Governors’ Cup semifinals on Friday, March 25.

The Hotshots trailed by just 5 points with a minute left and looked on their way to cutting their deficit to a single possession after Bolts import Tony Bishop hit only the backboard as their shot clock expired with 30 ticks left.

However, the referees let play continue, with Meralco grabbing the offensive rebound, and only stopped the game with nine seconds remaining after Aaron Black got fouled by Jio Jalalon.

Black then split his free throws for the final tally as Magnolia turned the ball over in the next possession.

“That was a bad call,” Victolero said. “We looked at it and I think it did not hit the rim. That is our opinion.”

Victolero also slammed the delayed reset of the Bolts’ shot clock as the Hotshots lost precious time in their comeback attempt.

There were still 26 seconds left after that Bishop shot, although the fresh 14-second shot clock for Meralco only started with 19 ticks remaining.

But more than the referees’ failure to call the shot clock violation, Victolero noted he already saw problems in the officiating as early as the second quarter.

In a span of three minutes in the second period, the Hotshots were slapped with a string of six fouls, putting the team in penalty beginning the 5:42 mark.

“That is our regular defense. I will not complain if it is really a foul. But the problem is, sometimes you have to equally call the game,” Victolero said.

“But you know, maybe those were the breaks of the game and that was just how the calls went,” he added. “We’re not asking for an advantage or what, we just want them to try to make sure it is equal.”

Not to take anything away from Meralco, Victolero said the Bolts made the necessary adjustments to emerge victorious and highlighted the need for Magnolia to go into Game 3 on Sunday, March 27, with a clean slate.

“Meralco played hard also, they deserved to win,” Victolero said. “But you have to do something about equal officiating.”

“We cannot dwell on this loss. We just try to move forward, we need to prepare hard for the next game.” – Rappler.com