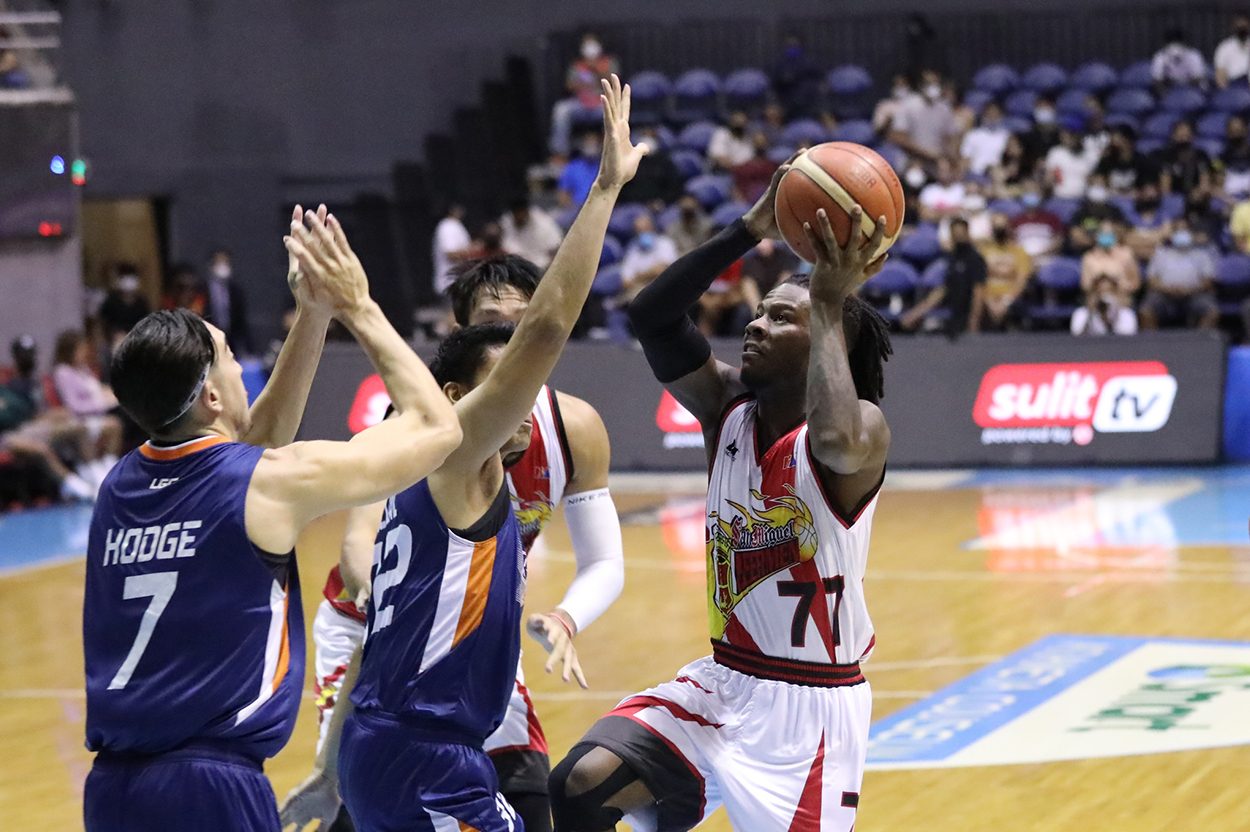 MANILA, Philippines – San Miguel survived a fourth-quarter rally from Meralco to nail an 89-78 win and move one win away from the PBA Philippine Cup finals at the Araneta Coliseum on Friday, August 12.

Jericho Cruz turned in his best offensive game of the semifinals and keyed their second-half breakaway as the Beermen built a lead big enough to stave off the Bolts’ comeback and clinch a 3-2 lead in the best-of-seven tiff.

Limited to a two-point outing in their Game 4 loss, Cruz poured in 17 points, 4 rebounds, and 2 steals off the bench, including 9 points in their big third quarter that saw San Miguel mount a 67-56 advantage.

That lead grew to as big as 15 points, 71-56, before Meralco stormed back behind Aaron Black and Allein Maliksi to get within striking distance, 76-78, with three minutes left.

But the Bolts ran out of steam as they went scoreless in the next two minutes – a span that saw the Beermen go on a win-clinching 9-0 run.

Rodney Brondial scored all of his 5 points during that stretch before Simon Enciso sank an easy deuce off a steal as San Miguel savored an 87-76 lead.

By the time Chris Newsome sank a jumper to end the scoring drought for Meralco, it was already too late, with Cruz draining a pair of free throws for the final tally.

CJ Perez showed the way for the Beermen with 25 points, 9 rebounds, 5 assists, 2 blocks, and 1 steal, while June Mar Fajardo put up another double-double of 12 points, 15 rebounds, 4 assists, and 2 blocks.

Enciso added 10 points and 5 steals in the win and Mo Tautuaa chimed in 9 points.

Newsome rediscovered his old scoring ways, erupting for 24 points on top of 6 rebounds and 4 assists, but the Bolts’ third-quarter meltdown proved too much to overcome.

Meralco led 44-41 at halftime as Allein Maliksi drained 3 treys in the second period, but it got outscored 26-12 in the third frame, with Perez and Cruz outscoring the Bolts on their own with 18 points combined in the period.