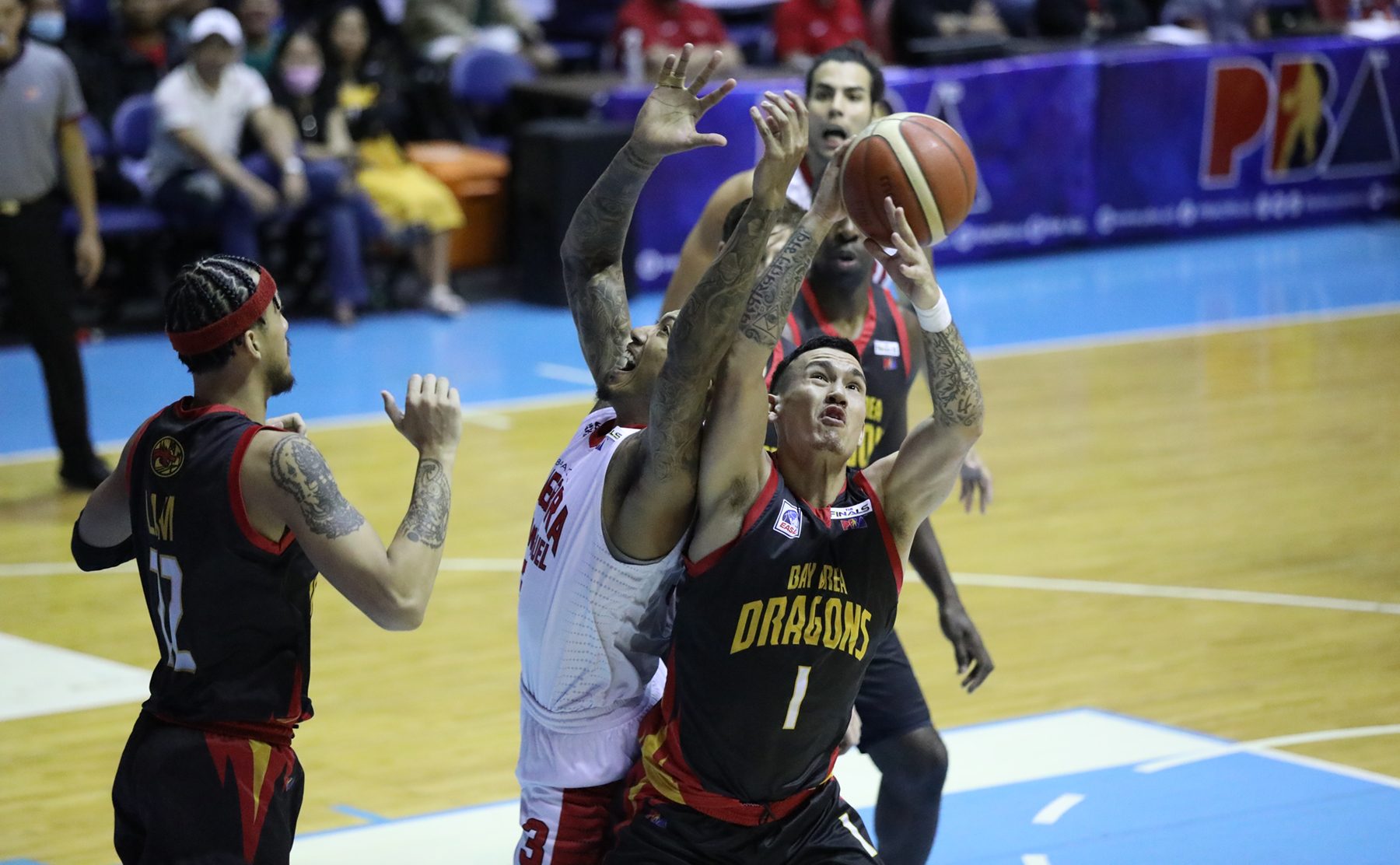 Facebook Twitter Copy URL
Copied
‘That stadium, to the roof, is packed, and I've never been in one where there's no one for you,’ says Bay Area coach Brian Goorjian as his Dragons shoot for a 2-1 title series lead against the wildly popular Ginebra

MANILA, Philippines – As a foreign guest team that marched to play in a country with one of the most rabid basketball fan bases in the world, the Bay Area Dragons have embraced the “villain” role.

Deadlocked at one game apiece against Barangay Ginebra, the Philippines’ most popular ballclub, Bay Area head coach Brian Goorjian admitted it has become increasingly hard to play in an atmosphere where everybody is out for blood against them.

“This thing’s sensational, and I wanna experience as much of it as I can. Again, I played in a lot of finals over the course of my life, this environment is second to none,” Goorjian said after their 99-82 Game 2 win last Wednesday, December 28, that leveled the PBA Commissioner’s Cup finals at 1-1.

“That stadium, to the roof, is packed, and I’ve never been in one where there’s no one for you,” he added.

“It’s just all, everything’s them. That motivation is fun, too. It’s like coming in here in the military. It’s us against the world.”

Before a heavily partisan pro-Ginebra crowd of 16,044 at the Smart Araneta Coliseum, the Dragons’ defense silenced not only Ginebra’s offensive charge, but their biggest motivator – the fans.

Following their 96-81 loss to the Gin Kings in Game 1 last December 25, the veteran tactician proudly shared that his team was able to adjust to the PBA’s refereeing style and was not able to commit a lot of fouls.

The Dragons committed just 12 personals to Ginebra’s 21, and scored 18-of-21 from the foul stripe, compared to their opponents’ measly 3-of-5.

During the two-day break, he urged Hayden Blankley to shoot more, and was repaid with a 17-point on 7-of-10 shooting, 7-rebound performance.

“I said to the group, all of them, do what you did in the last game. Take your shots, you got my full backing. I’m gonna coach that other side of the ball – the rebounding, the defense. They’re young, and I think the rim looked about that big in the last game,” said Goorjian.

“I thought the guys, the young guys, were a little bit tense in the first one. So I tried, me personally, support them and say, ‘Take your shots,’” the Australia Boomers head coach continued.

“Blankley’s a good shooter, and when he gets his feet set over the course of this series, I think he’s gonna make a good percentage as is [Zhu].”

More importantly, claiming their first win against a team that had already defeated them twice – including a 111-93 whipping in the eliminations – lifted the proverbial monkey off their backs.

“I mean… It’s respect and it definitely helps. I mean, the losses mount up, and you’re pretty much, ‘Can we beat this team?’ So yes, it did help. But, it’s a series, and I’m just happy,” said Goorjian. – Rappler.com