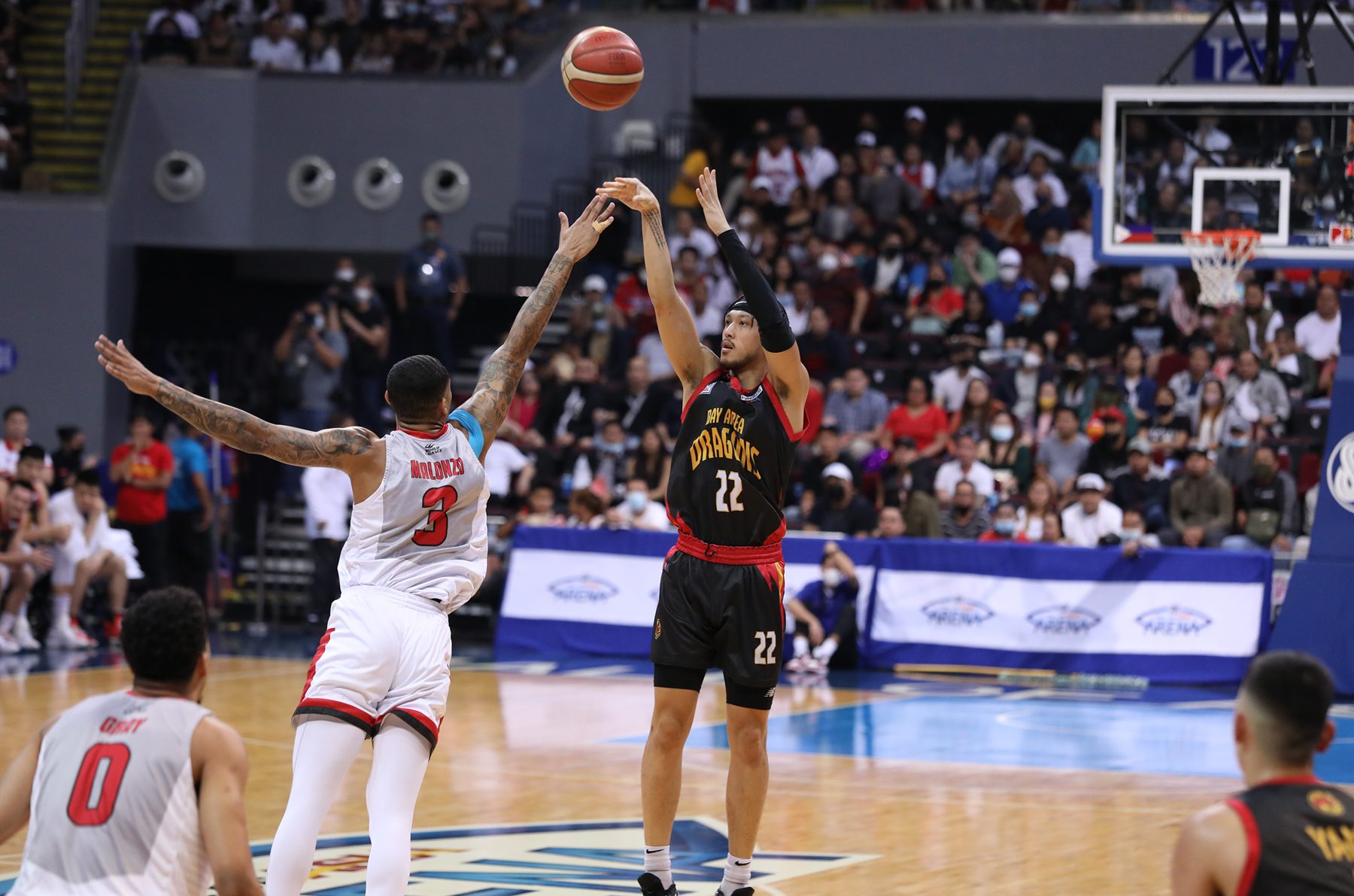 MANILA, Philippines – The Bay Area Dragons pulled off a huge stunner without import Andrew Nicholson at a critical juncture in the PBA Commissioner’s Cup finals and outgunned the full-strength Barangay Ginebra, 94-86, for a 2-2 series tie at the Mall of Asia Arena on Friday, January 6.

Filling in the huge scoring void left by Bay Area’s injured import, sniper Kobey Lam found his rhythm early and never let up as he led all scorers with 30 points on 11-of-20 shooting and 8-of-14 from downtown plus 9 rebounds and 4 assists with no turnovers.

Other local Dragons likewise pulled their own weight as Songwei Zhu scored 18 with 9 boards and 6 dimes, while Glen Yang also tallied 18 points on 6-of-12 shooting in a full 48-minute on-court marathon.

Coming off a 24-all tie early in the second quarter, Ginebra started its breakaway attempt with a 14-2 run, ending with an LA Tenorio three with 5:04 left for the 38-26 lead before reaching intermission with a 46-38 advantage.

Unfazed with their lack of personnel and early deficit, the Dragons slowly chipped away at the difference before starting the fourth quarter with 5 straight points from Zhu for the 65-61 lead, which quickly ballooned to 84-72 off a Lam heat check three at the 4:49 mark.

Ginebra got as near as 6 points, 86-92, with 44 ticks left off a Jamie Malonzo corner triple, but it was too little, too late as Hayden Blankley scored the game-sealing layup with 18 seconds remaining following a missed Scottie Thompson three that would have put the Gin Kings within one possession.

Newly crowned three-time Best Import Justin Brownlee saw a herculean effort go to waste in the tough loss as he finished with a triple-double of 23 points, 13 rebounds, and 11 assists with 4 steals and 1 block.

Thompson, the reigning league MVP who was also awarded the Best Player of the Conference, scattered 18 points, 6 dimes, and 5 boards, while Japeth Aguilar scored 12 on a perfect 8-of-8 clip from the free throw line.

With or without an import moving forward, Bay Area can now take a pivotal 3-2 lead in the best-of-seven series with another win on Sunday, January 8, 5:45 pm, still at the Mall of Asia Arena.