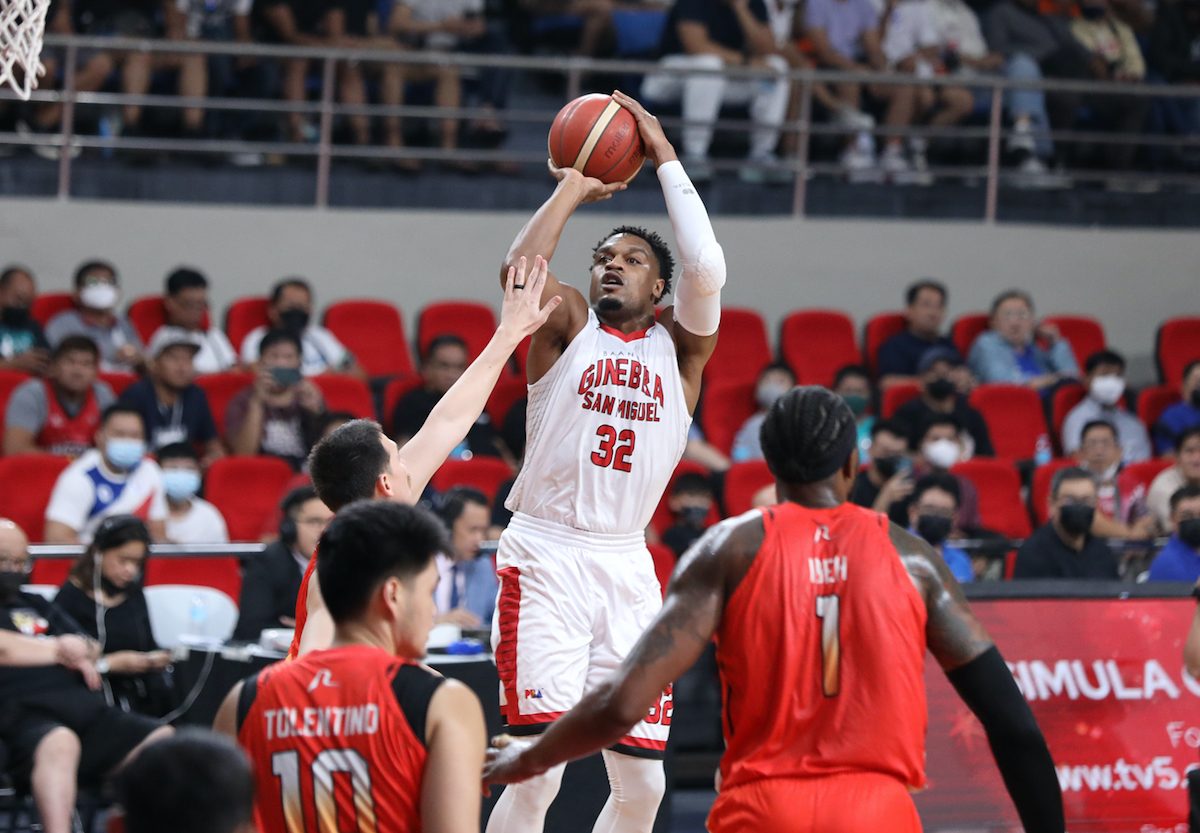 MANILA, Philippines – Barangay Ginebra rained threes on NorthPort to open a sizzling fourth quarter and turn a nip-and-tuck affair to a 122-105 rout in the PBA Commissioner’s Cup at the PhilSports Arena on Sunday, November 27.

Justin Brownlee dazzled with 31 points, 13 rebounds, and 9 assists in a near triple-double outing and hit timely buckets in the final frame as the Gin Kings improved to 8-3 and stayed in the hunt for the twice-to-beat playoff bonus.

A Ginebra loss would have allowed second seed Magnolia (9-2) to clinch the quarterfinal incentive.

The Gin Kings, though, turned it up a notch in the fourth quarter and broke a 96-96 tie with a blistering 20-5 blast laced by 4 three-pointers from Jamie Malonzo, Jeremiah Gray, and Stanley Pringle to grab a sizable 116-101 advantage.

Brownlee then capped that run with a layup and a dunk in back-to-back possessions as the Batang Pier eventually ran out of gas, churning out a measly 13 points in the last period.

A picture of efficiency, Brownlee shot a healthy 11-of-15 clip from the field and committed just a single turnover in nearly 40 minutes of action.

Malonzo backstopped Brownlee in scoring with 26 points to go with 5 blocks and 3 rebounds in his first encounter against his former team NorthPort since his trade.

Christian Standhardinger came off the bench in the win and produced all-around numbers of 20 points, 13 rebounds, and 7 assists, while Gray chimed 12 points, 4 rebounds, and 3 assists.

Reigning MVP Scottie Thompson put up 8 points, 9 assists, and 8 rebounds for Ginebra, which bounced back from its stunning loss to NLEX last Friday.

Included in the Malonzo trade package, former Gin Kings forward Arvin Tolentino torched his ex-team with 24 points on a 6-of-9 shooting from deep only to witness the Batang Pier come apart when it mattered the most.

NorthPort fell to 6-6 and saw its three-game winning streak halted.