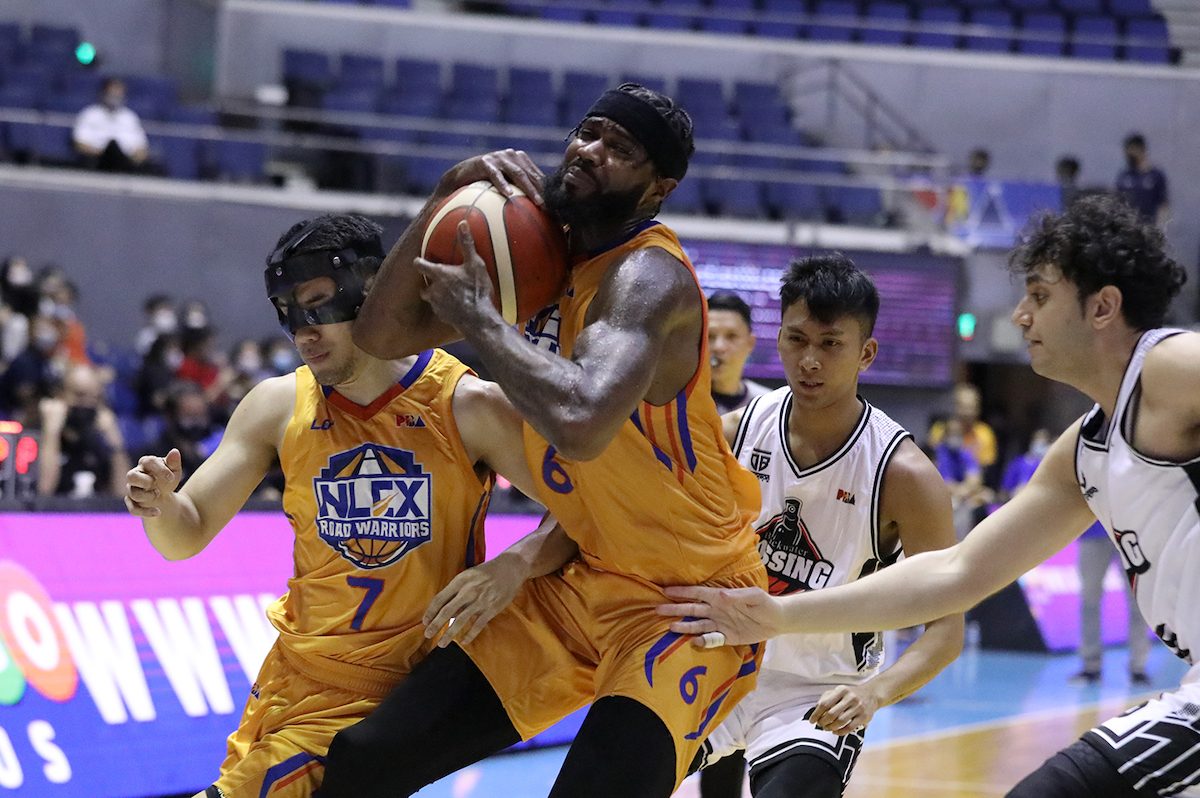 MANILA, Philippines – NLEX put the shackles on Blackwater in the endgame to hack out a come-from-behind 105-102 win in the PBA Commissioner’s Cup at the Araneta Coliseum on Friday, September 30.

Earl Clark showed the way with 38 points, 25 rebounds, 4 assists, and 3 blocks as the Road Warriors overhauled a 16-point deficit to improve to 2-0 before new head coach Frankie Lim officially takes over at the NLEX helm.

Blackwater led 97-90 with less than four minutes left before Alas scored 5 points and dished out a pair of assists in a blistering 14-0 run that turned the tides for NLEX.

Alas drained a jumper to pull the Road Warriors within 3 points, 94-97, assisted Justin Chua for the game-tying triple, and converted the go-ahead layup before Clark and Matt Nieto sank key buckets that padded their lead.

Don Trollano finished with 18 points, 8 rebounds, and 3 assists in the win, while Nieto added 10 points and 6 rebounds off the bench.

Chua chimed in 9 points and 5 rebounds for NLEX, which aced its two-game start despite the abrupt exit of former head coach Yeng Guiao during the break.

Import Cameron Krutwig flirted with a triple-double after posting 18 points, 14 rebounds, 8 assists, and 2 steals only to witness the Bossing return to their losing ways after snapping a seven-game skid the last time out.

Outscored 21-33 in the fourth quarter, Blackwater slipped to 1-2.

Baser Amer eclipsed his 24-point outing in their win over Phoenix with 26 points against the Road Warriors, but saw his finest performance in a Bossing uniform go down the drain in another loss.

Top rookie Brandon Ganuelas-Rosser, who got acquired by NLEX from Blackwater through a three-team trade, put up just 4 points and 2 rebounds in 20 minutes against his former squad.