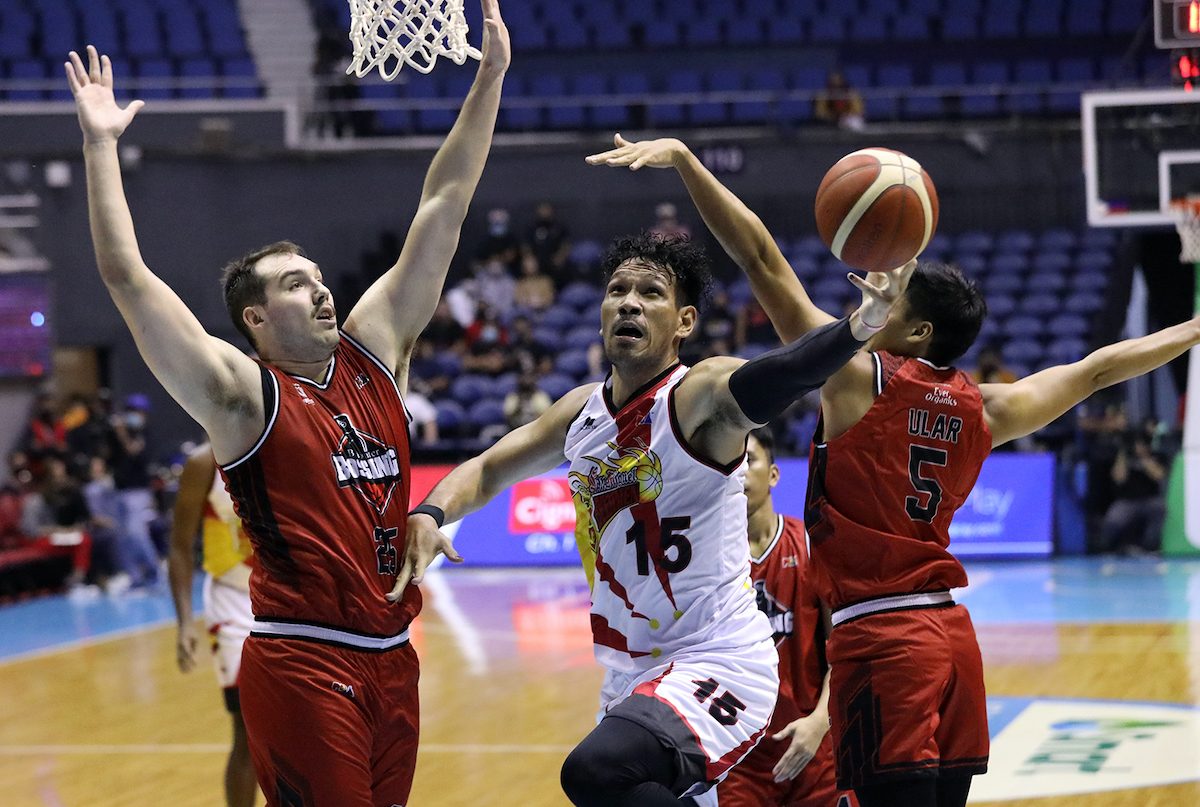 MANILA, Philippines – Baser Amer and Mike Ayonayon came up with clutch buckets to lift Blackwater to a 109-106 comeback win over San Miguel in the PBA Commissioner’s Cup at the Araneta Coliseum on Wednesday, October 5.

Amer nailed the go-ahead triple and Ayonayon delivered the win-sealing steal and layup as the Bossing completed their fightback from 15 points down to beat the Beermen for the first time since the 2018 Governors’ Cup.

San Miguel led 106-104 with less than two minutes left before Amer grabbed an offensive rebound and drained a three-pointer for a 107-106 edge plus the foul.

Although Amer missed the bonus free throw, the Bossing got another crucial break as Ayonayon intercepted a CJ Perez pass and converted a wide-open layup for the final tally.

The Beermen had ample time to go for the equalizer with 20 ticks remaining, but Marcio Lassiter and import Diamond Stone missed both of their three-pointers.

Troy Rosario also stepped up big for the Bossing, scattering 8 of his 13 points in the final quarter as he linked up with Krutwig for a pair of timely triples.

Rosario drained back-to-back treys – both on assists from Krutwig – in an 18-4 run to start the fourth period that swung a 77-89 deficit to a 95-93 lead for Blackwater, which hiked its record to 2-2.

Three more players scored in double figures for the Bossing, with Ayonayon and Gab Banal chalking up 10 points each and Yousef Taha adding 11 points, 6 rebounds, and 3 assists.

June Mar Fajardo dominated inside with 23 points, 16 rebounds, 4 assists, and 3 steals in a disappointing debut for the Beermen, who hardly looked like the team that ruled the Philippine Cup last September.

San Miguel changing reinforcements at the last minute might have impacted the loss as it tapped Stone after it relegated initial import Thomas Robinson to the reserve list.

A former NBA player, Stone put up 20 points and 8 rebounds but shot poorly from the field, missing 16 of his 23 attempts.

Lassiter and Perez tallied 18 and 16 points in the losing effort.