NorthPort back on track, sends Blackwater crashing back to earth 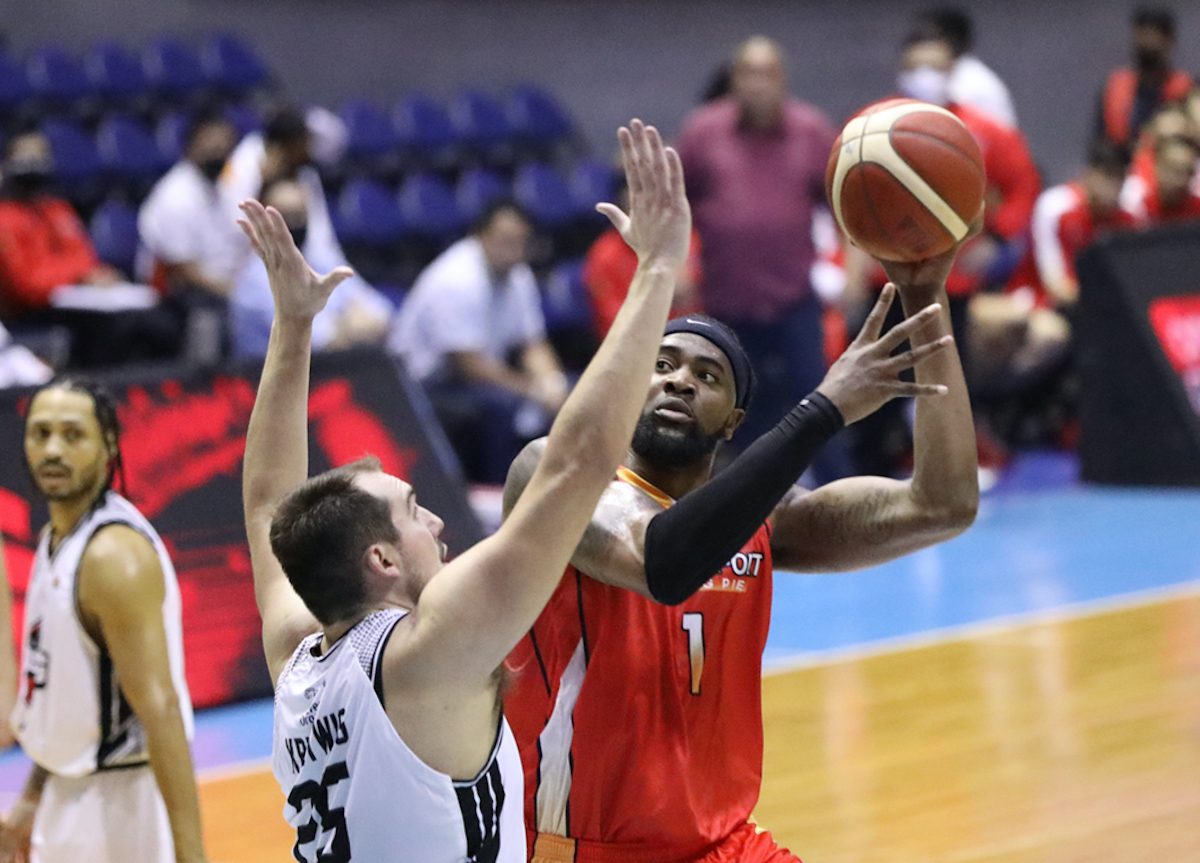 MANILA, Philippines – Prince Ibeh shone on both ends and anchored NorthPort to a come-from-behind 87-83 win over Blackwater in the PBA Commissioner’s Cup at the Araneta Coliseum on Wednesday, October 12.

Ibeh finished with 19 points, 10 rebounds, 2 blocks, and 2 steals as the Batang Pier stormed back from 8 points down in the final quarter to rediscover their winning ways after a humiliating 24-point loss to TNT.

While Ibeh took care of business on defense, Arvin Tolentino and Arwind Santos led the NorthPort attack late and connived for an 18-7 run that turned a 66-74 deficit to an 84-81 lead with a minute left.

Tolentino scattered 10 of his 15 points during that stretch, including the floater that gave the Batang Pier an 82-79 advantage.

After Troy Rosario narrowed the gap to a whisker for the Bossing, Santos knocked down a contested jumper to cushion their three-point edge before Ibeh practically sealed the win for his side by splitting his free throws.

Santos chalked up a double-double of 14 points, 10 rebounds, and 2 steals off the bench, while Tolentino added 6 rebounds, 2 blocks, and 1 steal.

Robert Bolick flirted with a triple-double in the win after posting 12 points, 10 assists, and 7 rebounds as NorthPort hiked its record to 3-2.

Jerrick Balanza chimed in 13 points, 4 assists, and 3 rebounds for the Batang Pier.

As the Batang Pier bounced back, the Bossing were sent crashing back to earth following their stunning upset of San Miguel despite a solid offensive performance from import Cameron Krutwig.

Krutwig fired a career-high 28 points on top of 17 rebounds and 4 assists in the loss that dropped Blackwater to 2-3.

Rosario had 17 points and 5 rebounds in the losing effort, while Baser Amer contributed 16 points.