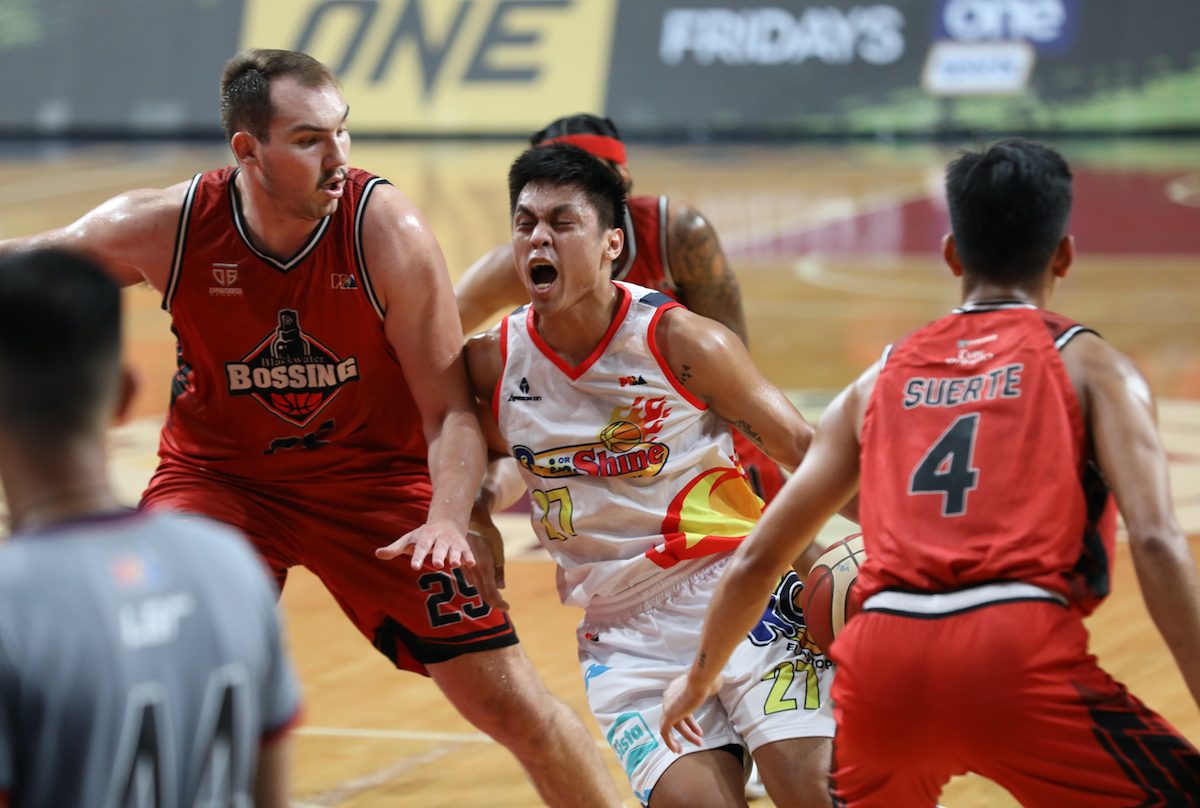 BACK ON TRACK. Rey Nambatac redeems himself as Rain or Shine snaps a two-game skid.

MANILA, Philippines – Rain or Shine sent Blackwater to an early vacation and bolstered its quarterfinal bid in the PBA Commissioner’s Cup following a runaway 116-97 win at the PhilSports Arena on Friday, November 25.

Import Ryan Pearson delivered 22 points, 12 rebounds, and 5 assists to notch his first PBA victory as the Elasto Painters capitalized on an 11-day break to snap a two-game skid and return to the playoff picture.

Rain or Shine improved to 5-7 for joint seventh place with Phoenix.

Rey Nambatac shared the scoring load with Pearson, chalking up 21 points on top of 7 rebounds and 4 assists as he redeemed himself after his bungled game-winning play in their 102-101 loss to Converge last November 13.

In that sorry defeat, Nambatac went for a triple despite the team needing just a two-pointer for the win.

But Nambatac proved to be a picture of efficiency this time around, draining 61% of his shots (8-of-13) as he helped anchor their second-half breakaway with 10 points in the last two quarters.

The Elasto Painters led by just 6 points at halftime, 51-45, before they hung 65 points on the hapless Bossing in the second half to stay in playoff hunt.

Import Cameron Krutwig once again delivered all-around numbers of 23 points, 17 rebounds, and 4 assists, but those were not enough to prevent Blackwater from crashing out of contention.

The Bossing started the tournament with a decent 3-3 record but ended their campaign with six consecutive losses to compile a 3-9 card as they missed the quarterfinals for the fifth time over the last six conferences.

It was a sorry exit for Blackwater, which reached the playoffs in the Philippine Cup earlier this season after enduring a PBA record 29 straight losses.