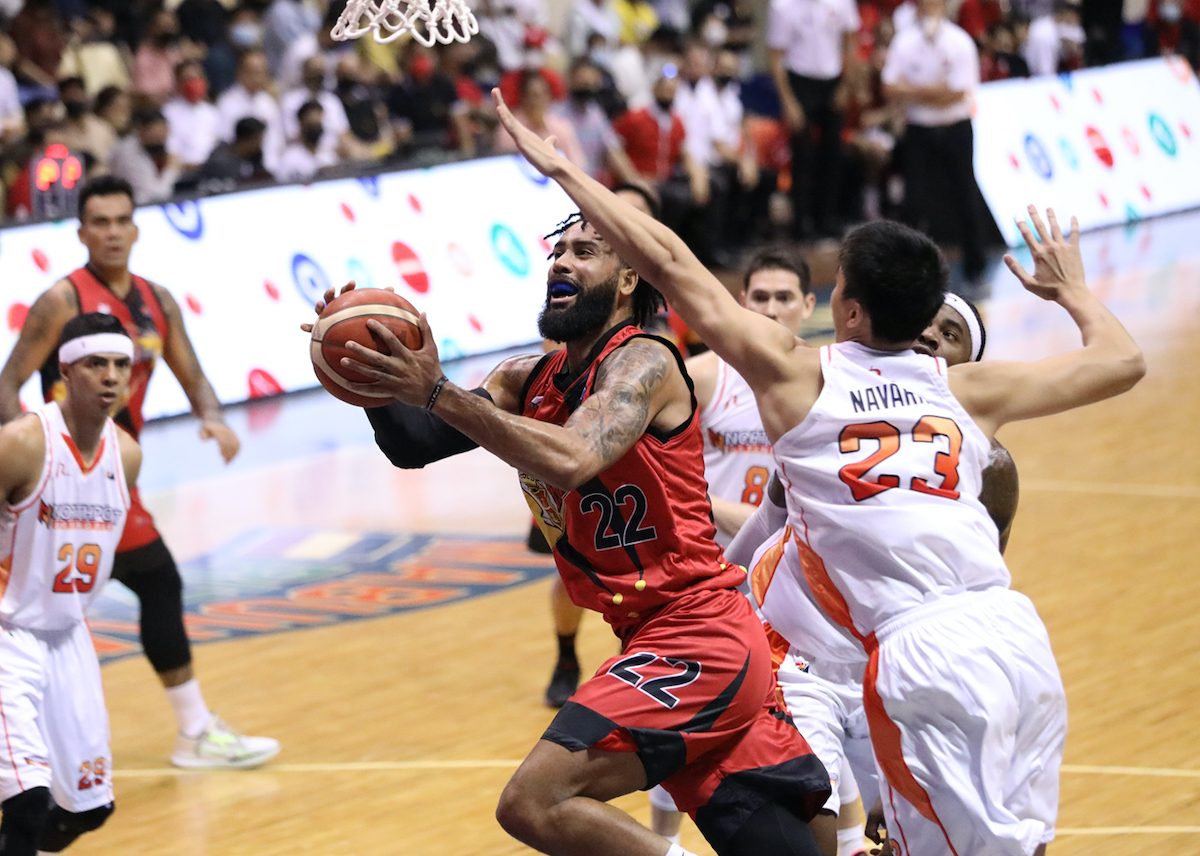 ANTIPOLO, Philippines – San Miguel spoiled the PBA debut of William Navarro to notch back-to-back wins in the Commissioner’s Cup for the first time after crushing NorthPort, 104-86, at the Ynares Center on Wednesday, October 26.

Import Devon Scott delivered all-around numbers of 25 points, 16 rebounds, and 6 assists as the Beermen improved to an even 3-3 despite missing veteran guard Marcio Lassiter, who is out due to health and safety protocols.

Last Sunday, Lassiter set the tone in their skid-snapping 124-116 win over NLEX by unloading 18 of his 22 points in the first quarter.

But without Lassiter, Scott took charge early by scattering 13 points and 7 rebounds in the opening frame to help San Miguel mount a 26-16 lead, which grew to as big as 25 points in the third period.

CJ Perez came off the bench and produced 15 points, 6 rebounds, and 3 assists, while Jericho Cruz and Simon Enciso finished with 14 points each in the win and combined for 8 assists and 7 rebounds.

The Beermen also got timely contributions from Robbie Herndon, who put up 11 points and 6 rebounds as he earned 30 minutes of playing time with Chris Ross opting to sit out for the reigning champions due to a swollen knee.

Navarro, who recently signed with the Batang Pier after his bid to play in the Korean Basketball League hit a snag due to his commitment to Gilas Pilipinas, churned out 14 points, 2 rebounds, and 1 steal in his first PBA game.

The addition of Navarro, though, did not prevent NorthPort from crashing to its second straight win as it dropped below .500 for the first time this conference and fell to 3-4.