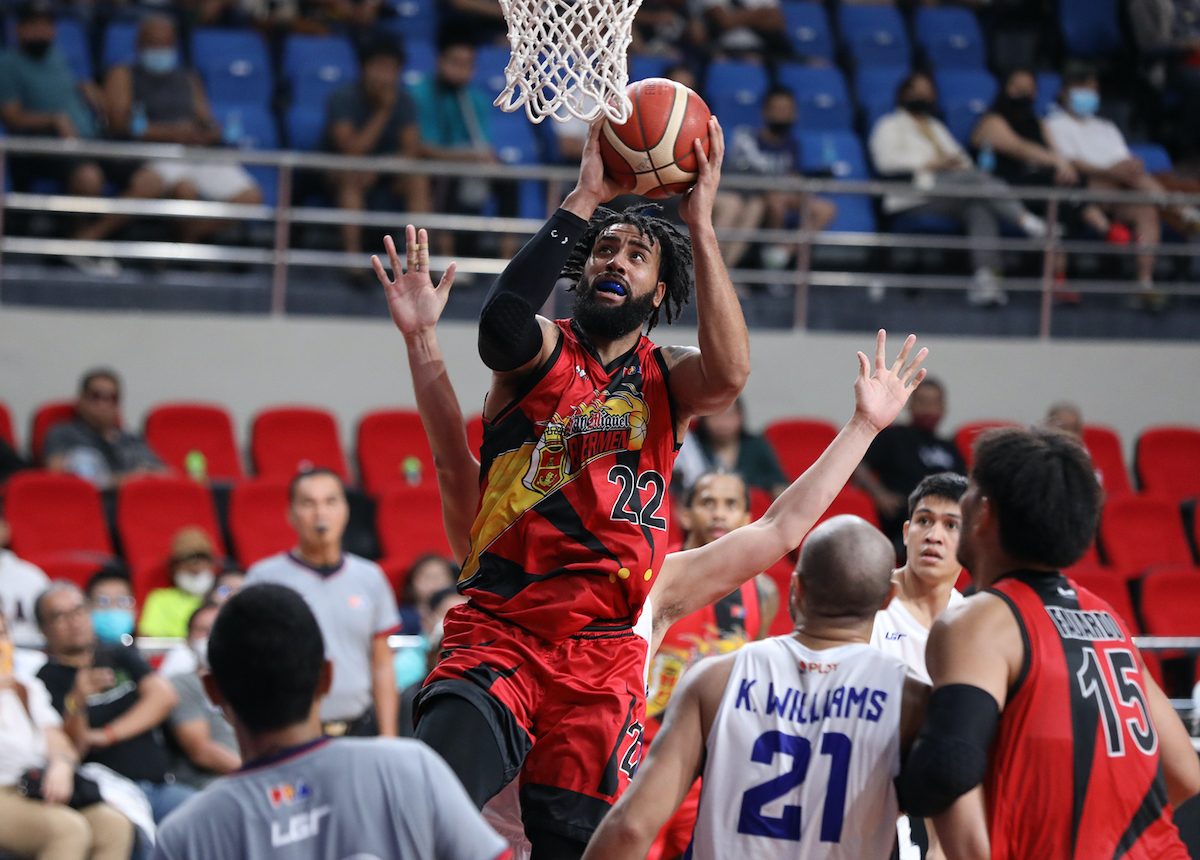 TOP PERFORMER. Devon Scott sets the tone for San Miguel in its wire-to-wire win over TNT.

MANILA, Philippines – San Miguel slammed the playoff door on short-handed TNT and enhanced its own quarterfinal bid in the PBA Commissioner’s Cup after a wire-to-wire 119-99 win at the PhilSports Arena on Saturday, November 26.

Import Devon Scott netted a double-double of 28 points, 14 rebounds, and 4 steals, while the rest of the locals delivered for the Beermen as the Tropang Giga bowed out of playoff contention for the first time in four years.

Scott set the tone in the rout, churning out 18 points, 10 rebounds, and 4 steals in the first half to help San Miguel mount a 64-40 advantage at halftime.

The Beermen then banked on their locals in the last two quarters, with six more players finishing in double figures in their third straight victory.

CJ Perez put up 17 points and 6 rebounds in the win, Vic Manuel tallied 16 points and 5 rebounds, while Simon Enciso scored 15 points and dished out 7 assists.

June Mar Fajardo chimed in a double-double of 12 points and 12 rebounds for San Miguel, which climbed to fifth place with a 6-5 record.

Missing key cogs Jayson Castro and Poy Erram due to injuries, TNT ended the elimination round with a 4-8 record and missed the quarterfinals for the first time since the 2018 Governors’ Cup.

The loss also ended Chot Reyes’ streak of 24 straight playoff appearances as he failed to reach the quarterfinals for the first time with the Tropang Giga.

Roger Pogoy fired 23 points in the loss, while import Matt Mobley totaled 18 points, 7 rebounds, and 7 assists to cap a short-lived campaign after coming in as a replacement for Cameron Oliver.