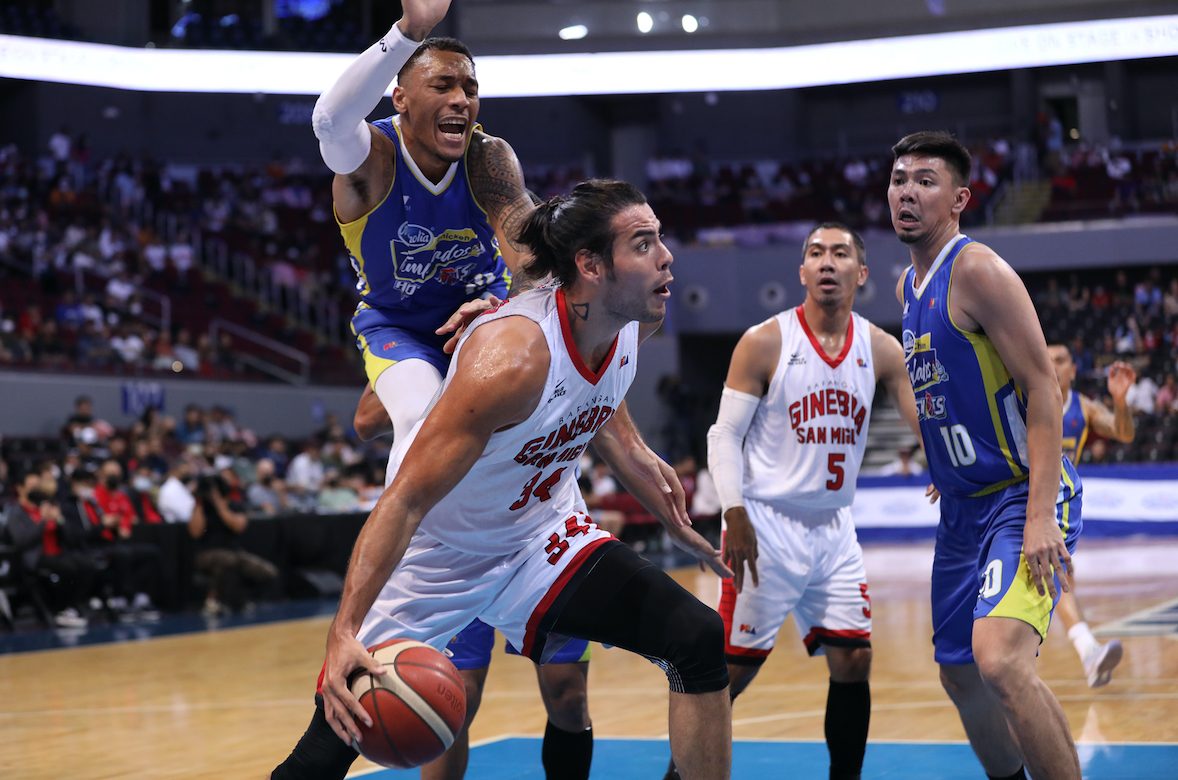 MANILA, Philippines – Barangay Ginebra banked on a hot third-quarter start to dispatch Magnolia and punch its finals ticket in the PBA Commissioner’s Cup in a 99-84 win at the Mall of Asia Arena on Wednesday, December 21.

Justin Brownlee posted 24 points, 14 rebounds, 6 assists, 5 blocks, and 2 steals as the Gin Kings finished off the Hotshots in four games of their best-of-five duel. This was the fourth time in six conferences that they reached the finals.

Already up by double digits at halftime, 53-41, Ginebra buried Magnolia in a hole as deep as 24 points off an 18-6 start in the third period anchored by Brownlee, Japeth Aguilar, and Jamie Malonzo.

Brownlee hit a pair of three-pointers and came up with a huge block on Nick Rakocevic during that stretch. Aguilar and Malonzo scored 4 points each as the Gin Kings took the fight out of the Hotshots.

Aguilar turned in arguably his finest game of the tournament, churning out a conference-high 19 points on an 8-of-12 clip to go with 8 rebounds and 2 steals to fill the void following Christian Standhardinger’s exit.

Standhardinger got the boot midway through the first quarter after throwing the ball at Rakocevic, an act that merited an automatic ejection.

But Ginebra hardly missed the presence of Standhardinger, with Aguilar stepping up, Brownlee delivering on all fronts, and LA Tenorio setting the tone in the wire-to-wire victory.

Tenorio waxed hot early and scattered 10 of his 18 points in the opening period to help the Gin Kings mount a 29-18 lead. They never trailed the rest of the way.

“I’m just so thankful we did not have to play a Game 5 against this team,” said relieved Ginebra head coach Tim Cone.

Magnolia staged a last-ditch comeback and got within 13 points after a Calvin Abueva bucket with under five minutes left, 78-91. But Ginebra uncorked 7 straight points, capped by a pair of Aguilar foul shot, to restore a 20-point lead.

Abueva chalked up 14 points, 6 rebounds, and 3 steals to power the Hotshots, who failed to make it past the semifinals for the third consecutive conference.

Magnolia also reached the final four of the Governors’ Cup last season and the Philippine Cup this season only to get eliminated in both occasions.

Rakocevic ended his first stint as the Hotshots’ import with a dud after posting 13 points on a paltry 3-of-13 shooting, 13 rebounds, and 2 blocks.

Paul Lee, who sat out much of Game 3 due to flu-like symptoms, returned to action for Magnolia and played 26 minutes but scored just 9 points – a far cry from his average of 22.5 points in the first two semifinals games.