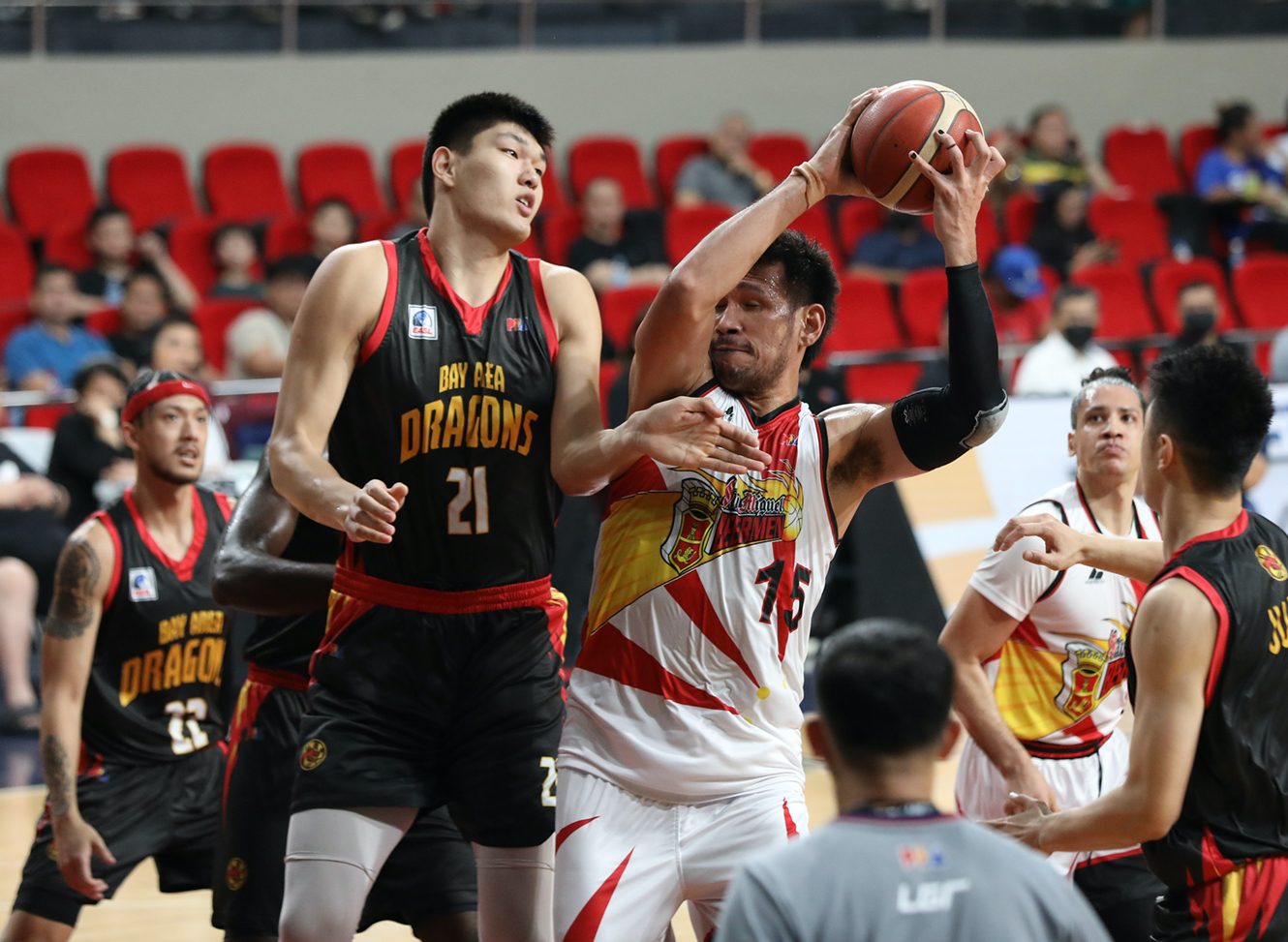 ON THE BRINK. June Mar Fajardo and San Miguel are one loss away from getting the boot from foreign team Bay Area.

MANILA, Philippines – Andrew Nicholson and Bay Area rained three-pointers on San Miguel in a 114-95 rout to move on the cusp of a finals appearance in the PBA Commissioner’s Cup at the PhilSports Arena on Friday, December 16.

Nicholson posted 34 points off 6 triples to go with 16 rebounds and 2 steals as the Dragons shot a scintillating 17-of-31 from long distance on the way to nailing a commanding 2-0 lead in the best-of-five semifinals series.

Catching fire early, Nicholson scattered 21 points in the first half and anchored their breakaway late in the second frame that allowed Bay Area to cruise to victory after needing to overcome a 16-point hole in their Game 1 victory

The Beermen still held a one-point, 37-36 lead before Nicholson sparked and capped a 16-5 run with a pair of three-pointers as the Dragons entered the break sitting on a 52-42 cushion.

Its hot shooting spilling over to the second half, Bay Area saw its lead swell to as big as 21 points, 112-91, with Kobey Lam and Glen Yang joining the three-point party.

Lam, who scored the game-winning layup in Game 1, finished with 25 points on 4 triples on top of 5 rebounds and 4 assists, while Yang sank 3 treys and netted 13 points, 8 assists, and 4 rebounds.

Zhu Songwei and Hayden Blankley added 13 and 11 points, respectively, for the Dragons, who have won seven games in a row.

Six-time league MVP June Mar Fajardo dominated inside with 35 points and 10 rebounds, but his efforts were not enough for San Miguel to get over the hump against Bay Area.

Despite being the defending champions, Beermen have yet to beat the Dragons this conference, losing all of their three games.