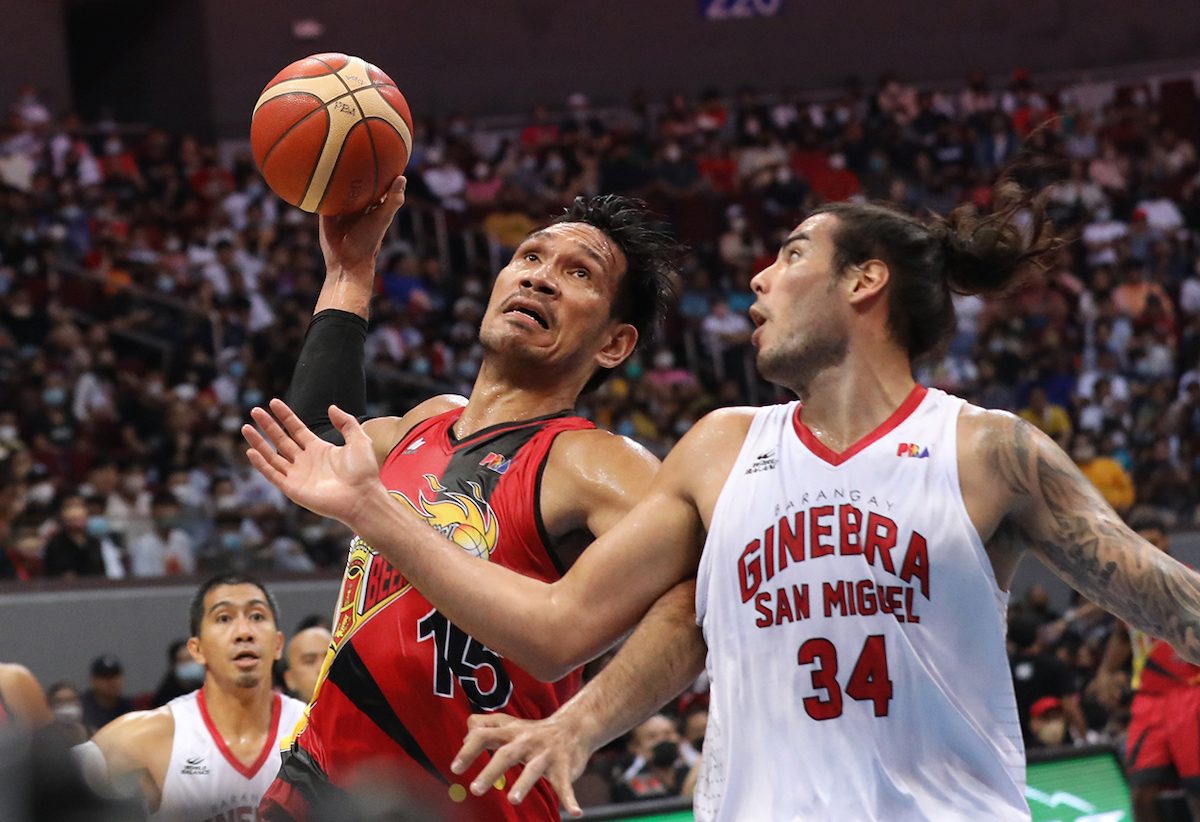 MANILA, Philippines – June Mar Fajardo is on track for a record-extending seventh PBA MVP award as he topped the statistical race through the first two conferences this season.

Fajardo started the season on a roll as he led the Beermen to the Philippine Cup championship, clinching his ninth Best Player of the Conference (BPC) crown and his fourth Finals MVP plum along the way.

Although Fajardo missed a huge chunk of the Commissioner’s Cup after undergoing surgery for his throat, he still anchored San Miguel to the semifinals before they fell prey to guest team Bay Area.

Meanwhile, Thompson claimed the BPC honors in the Commissioner’s Cup and captured his seventh PBA title with the Gin Kings as they outlasted the Dragons in the best-of-seven finals that went the distance.

Forming a formidable tandem with Fajardo, Perez normed 18.1 points, 5.8 rebounds, 4.2 assists, and 2 steals in 44 games to crack the MVP talk.

In the rookie battle, Blackwater’s Ato Ular seized the lead with 17.8 SPs after averaging 12.3 points and 9 rebounds in the first two conferences.

Ular also placed 20th in the statistical duel for the MVP award.