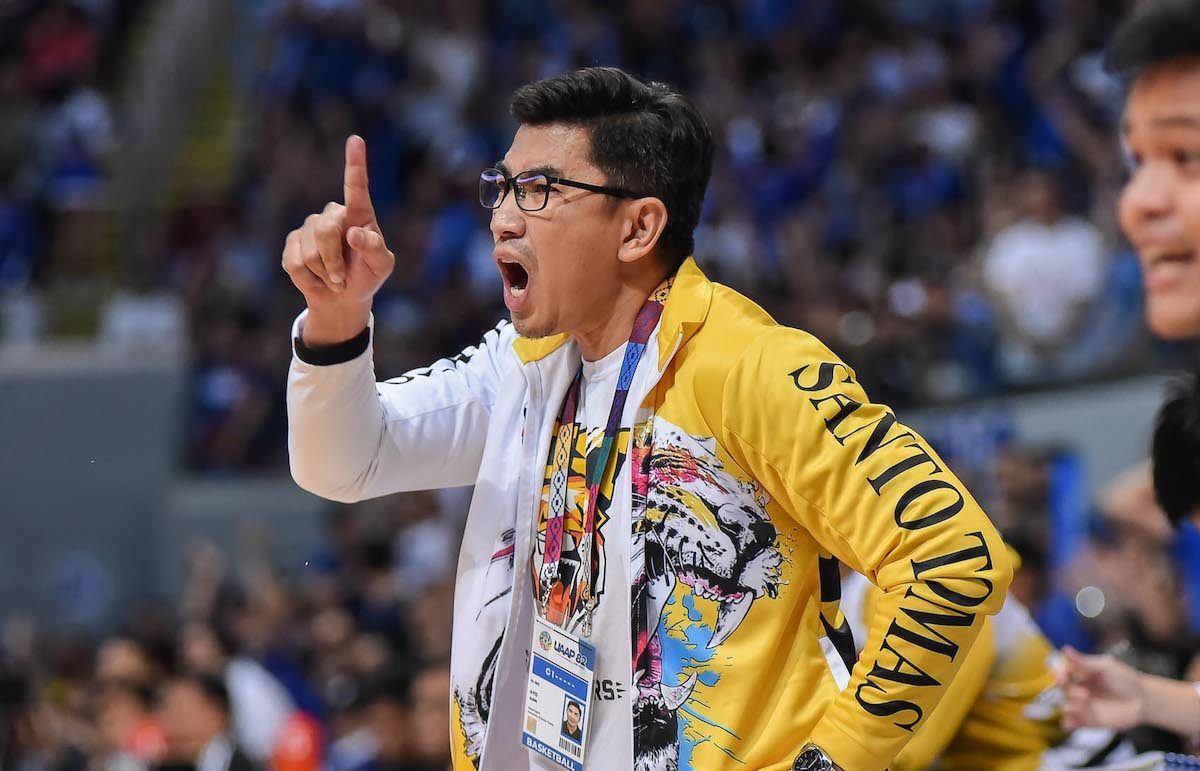 WINNER. Aldin Ayo brings his championship pedigree to Converge in the PBA.

MANILA, Philippines – Aldin Ayo will call the shots for Converge after all.

The FiberXers formally announced the appointment of Ayo as their new head coach in the PBA on Wednesday, August 10, after parting ways with Jeff Cariaso.

Ayo initially denied reports that he had already accepted the Converge job on Tuesday, claiming he still had to consult his ailing mother.

The multi-titled tactician resigned from his post as head trainer of the Chooks-to-Go 3×3 last week to tend to his mother, who is battling cancer.

“I talked to her last night. And this morning she told me, ‘I want to see you coach in the PBA.’ She said she does not want to see me just sitting around the house,” Ayo said in a press release by the FiberXers.

Ayo is known for his winning pedigree as he captured championships in both the UAAP and NCAA.

He guided the Letran Knights to the Season 95 crown in the NCAA and claimed another championship the following year as he and the La Salle Green Archers ruled the UAAP in Season 79.

Both titles came during his first year at the helm for both Letran and La Salle.

The 44-year-old mentor reached the UAAP finals once again with the UST Growling Tigers in Season 82, although they fell prey to the Ateneo Blue Eagles.

As he makes the big jump to the pro league, Ayo already has his eyes on the top prize as he looks to steer the young Converge franchise to its first championship.

“Heading the team is not an achievement for me, it is actually a responsibility. Rest assured, we’re going to do our best, and hopefully, it’ll be enough to win us a championship,” Ayo said.

Familiarity will not be an issue for Ayo as he reunites with his former players at Converge, including La Salle standout Jeron Teng and Letran product Kevin Racal.

Both Teng and Racal played key roles in their respective schools’ title runs, with Ayo enforcing his “mayhem” brand of defense.

“I’m super excited to work with coach Aldin. We were together at La Salle and thankfully we won a championship, so his system really works,” Teng said.

The FiberXers compiled a 5-6 record and reached the playoffs as the seventh seed in their first PBA conference in the Philippine Cup before getting the boot in the quarterfinals.

“We have young players with energy and potential who are ready to compete as a team still finding chemistry and its identity,” Uy said.

“We believe coach Ayo has the background to develop these players into an exciting and cohesive unit.” – Rappler.com